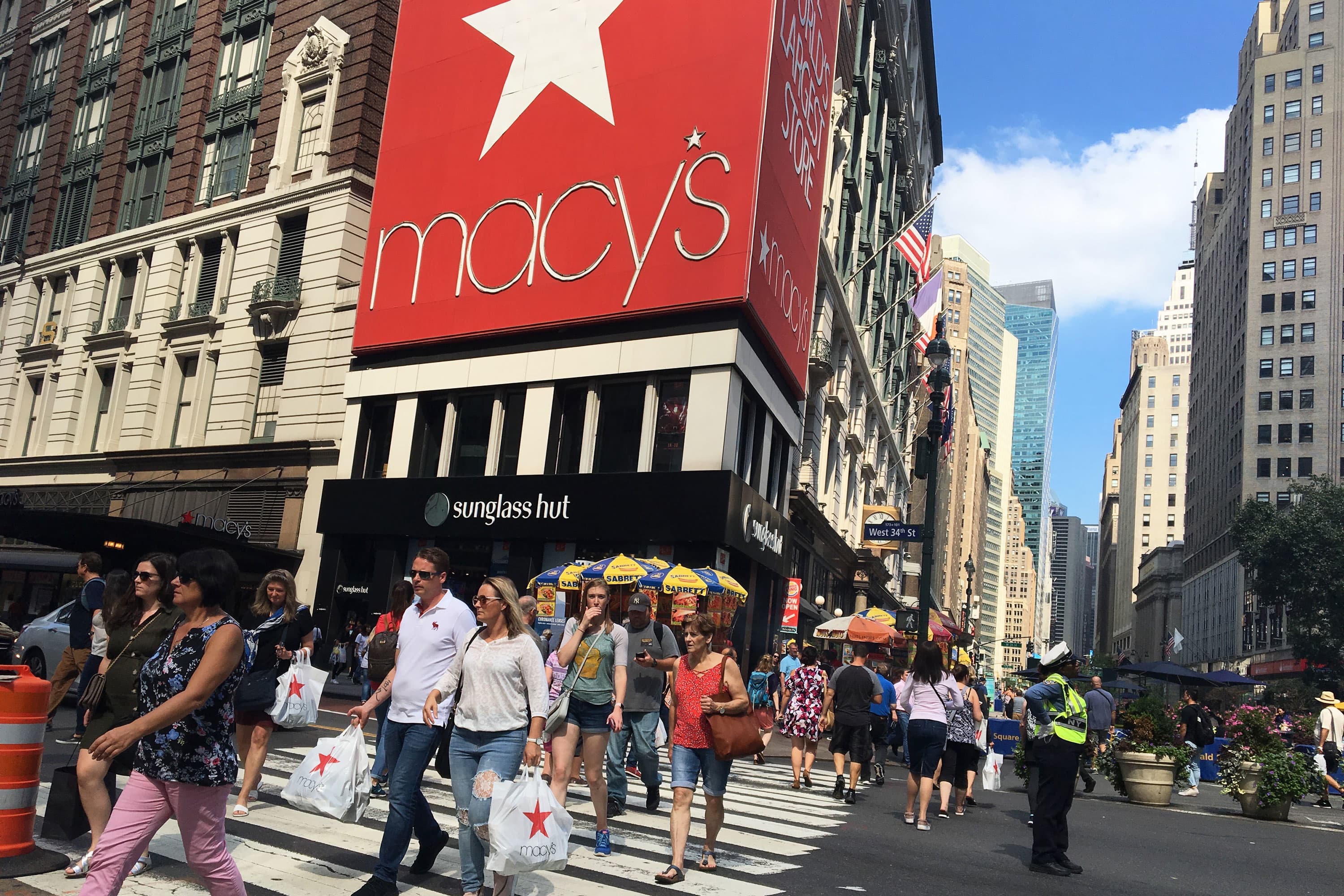 Macy’s is preparing to overhaul its website and train some of its workforce to be personal stylists in a bid to win more customers searching for the latest fashion trends, the department store chain announced Tuesday.The retailer’s goal is to offer a more customized shopping experience, with one-on-one attention from staff in stores and easier to use online tools.It’s looking to better compete against retail rivals — from its department store competitors to boutique clothing shops to online-only fashion players that specialize in offering style advice.The chain recently had a business review, with the help of outside consultancy AlixPartners, to assess whether it should split its e-commerce arm from its stores.Macy’s won’t be pursuing any such split , the company said last month.Instead it is opting to make upgrades both online and in its more than 500 namesake department stores.

Rich Lennox, Macy’s chief brand officer, said in an interview that while the retailer has already invested heavily in its digital presence and social media strategy, the review concluded it needed to better articulate to customers how it’s distinct from competitors.The branding rollout, under a new motto, “Own Your Style,” is coming soon to both its stores and online.

“What we were looking for was sort of a unifying customer truth,” Lennox said.”Because we want to acquire younger customers, but we also need to look after our older customers and our more established high-value customers.” Macy’s will also train its employees to help customers one-on-one with style choices.Certain employees will be enlisted into its “Style Crew” group, the company said.They will be paid a commission for helping to rack up sales as part of their participation in the program — and for their social media posts that lead to business.

Plus, for all of its store employees, Macy’s dress code will be loosened so that staff can incorporate their own personal style choices into what they wear every day, Lennox said.Macy’s current dress code is best described as business casual, according to a spokeswoman.Now, under the new branding initiative, clothing choices will vary based on an employee’s role within the company.

For example, a worker in the general selling area can choose a more casual look, with their favorite jeans and sneakers, while a staff member in jewelry might wear a blazer with flashy accessories.In stores, Macy’s will be introducing digital screens that display rotating style tips and outfit inspiration for shoppers, who can then find those same clothing items and accessories for purchase nearby.Macy’s declined to comment on how much money it would be spending on these initiatives.A spokeswoman said the retailer doesn’t disclose that level of financial detail.The changes fold into a broader three-year plan for Macy’s, announced in February 2020 and named Polaris, which called for accelerating digital growth, closing underperforming shops and investing in its best stores in order to boost profit.

Though some progress was stalled due to the Covid pandemic, Chief Executive Jeff Gennette said in late February that Macy’s is a more digitally led business today than it was in 2019.

In that vein, the department store is preparing to launch a digital marketplace where it will allow third-party brands to market their goods, positioning it as more of a rival to Amazon or Etsy .Macy’s digital sales represented 35% of net sales for the year ended Jan.30, up 10% from 2019 levels.

Nordstrom ‘s digital business, for comparison, made up 42% of net sales in fiscal 2021.While Kohl’s said its online business accounted for 32% of total revenue last year.Macy’s net sales for fiscal 2021 totaled $24.46 billion, down slightly from the $24.56 billion it reported two years ago.For fiscal 2022, the company is forecasting revenue growth of no more than 1%.One of changes announced Tuesday includes a personalized website landing page for online shoppers based on their buying history.An upgraded dashboard will show loyalty members how many rewards points they’ve accumulated, upcoming orders and unique style recommendations.”There’s going to be an elevated digital experience,” Lennox said.”There will be simplified global navigation, a refreshed modern search bar [and] a personalized customer dashboard.” Jefferies analyst Stephanie Wissink said the strategy of focusing on accelerating its Polaris goals rather than forging ahead with an operational split is “prudent.” This is an important year for the chain to “prove that its improved performance is sustainable,” she said.

With its push into personal styling, Macy’s could position itself as a bigger rival to a company like Stitch Fix , which curates boxes of clothing based on a customer’s taste and brand preferences.Nordstrom is also known for the extra attention it pays to customer service and one-on-one fashion advice.It’s something that other high-end chains such as Saks Fifth Avenue and Bloomingdale’s, which Macy’s owns, go the extra mile for.

Facing a litany of challenges including inflation and ongoing supply chain disruptions, Macy’s hopes to be a destination for consumers who are looking for fresh new looks as they head back to offices, parties, weddings and other public events this year.

“Our business model is built on having a great selection of brands where we can position ourselves within this style-help territory,” said Lennox.”That’s what Macy’s has always done very well, and we’re going to get much better at doing it.”.

Wed Mar 16 , 2022
Chick-fil-A is causing some squawking in Santa Barbara, California, where the fast-food chain is finding itself to be a victim of its own success.Namely, the city is close to dubbing it a “public nuisance” due to long drive-thru lines that often has cars filled with hungry customers backed into the […] 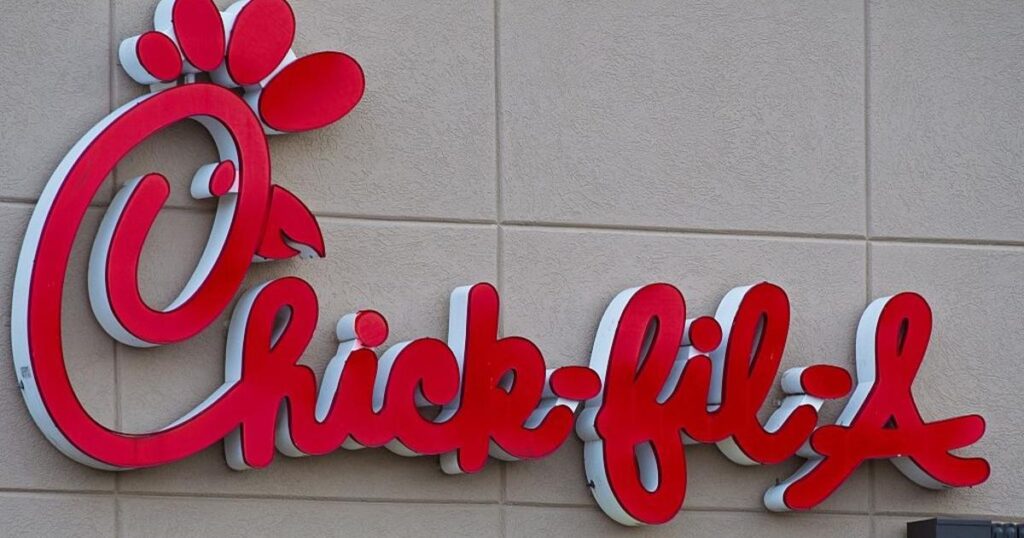