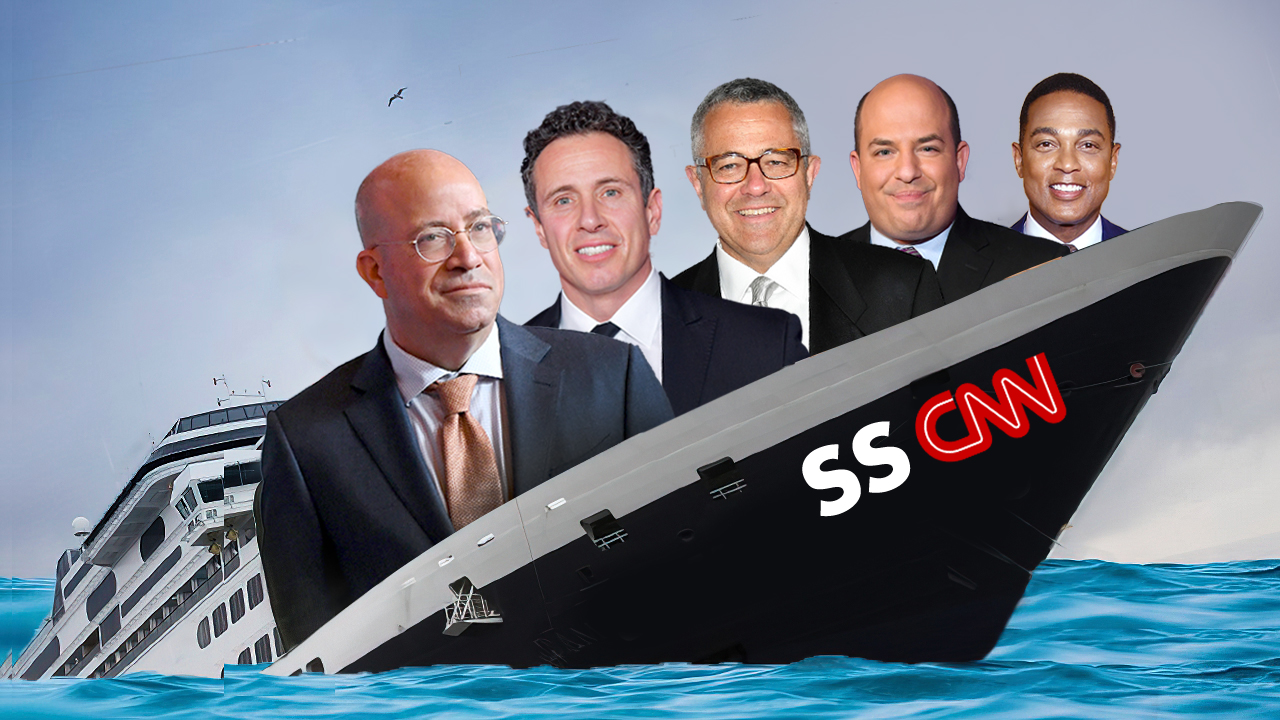 Jeff Zucker stunned the media world with his abrupt resignation as CNN Worldwide President on Wednesday, ending a nine-year reign at the liberal news network.”As part of the investigation into Chris Cuomo’s tenure at CNN, I was asked about a consensual relationship with my closest colleague, someone I have worked with for more than 20 years.I acknowledged the relationship evolved in recent years.I was required to disclose it when it began but I didn’t.I was wrong.As a result, I am resigning today,” Zucker wrote in a memo to staffers.Zucker’s relationship was with CNN marketing chief Allison Gollust, who the now-former CNN boss has long been speculated to have a relationship with.Gollust will stay on.

TWITTER EXPLODES FOLLOWING JEFF ZUCKER’S STUNNING RESIGNATION: ‘THE MOST BUSTED NAME IN NEWS’ The shocking exit brings the end of a tenure that saw CNN take a sharply partisan turn, particularly beginning in 2015 with the political rise of future president Donald Trump, and eventually languish in the ratings.Jeff Zucker’s CNN was plagued by scandal, embarrassing headlines and struggles to attract an audience toward the end of his tenure.(Getty Images) (Getty Images) The hands-on Zucker, who began his career at NBC, rose from researcher all the way to president and CEO of NBC Universal.Along the way, he was largely responsible for increasing Trump’s fame when he greenlit his popular reality show, “The Apprentice.” Zucker rode the ratings success of “The Apprentice” at NBC before launching a crusade against his old pal once he was at CNN.Liberal Washington Post columnist Margaret Sullivan wrote that Zucker made Trump a “household name” while at NBC and the trend continued once he landed the CNN gig.”After Zucker moved to the top job at CNN, he, along with others in the media, helped elevate a fringe candidate to the White House.He will forever bear some responsibility for the civic destruction that followed,” Sullivan wrote.

WHO IS ALLISON GOLLUST?: CNN BOSS ZUCKER STEPS DOWN CITING UNDISCLOSED RELATIONSHIP WITH LONGTIME COLLEAGUE Zucker’s infatuation with Trump was clear quickly, as CNN famously aired Trump’s rallies – often showing an empty podium to tease upcoming events – early in Trump’s 2016 campaign.Zucker’s network eventually turned on Trump, and the pair have feuded ever since.Trump was gleeful over Zucker’s departure on Wednesday, releasing a statement about his “termination” – Zucker resigned of his own accord – and offering “congratulations to all.””Jeff Zucker, a world-class sleazebag who has headed ratings and real-news-challenged CNN for far too long, has been terminated for numerous reasons, but predominantly because CNN has lost its way with viewers and everybody else,” Trump said.”Now is a chance to put Fake News in the backseat because there may not be anything more important than straightening out the horrendous LameStream Media in our Country, and in the case of CNN, throughout the World.””Jeff Zucker is gone—congratulations to all!” Trump added.Trump regularly mocked Zucker’s network in office and often accused CNN of unfair coverage.In turn, Zucker loaded CNN’s lineup with anti-Trump opinion hosts.

The network’s former top White House correspondent Jim Acosta regularly prioritized show-boating and squabbling with Trump and his spokespeople over sober questioning, rising to fame as a “resistance” journalist.DePauw University professor and media critic Jeffrey McCall noted that the ratings at CNN during Zucker’s tenure were “rather weak” and that the traditionally down-the-middle news channel now looks far different for many Americans.”He politicized the channel beyond what it had been in its heyday.Even CNN founder Ted Turner criticized the channel two years ago for its obsession with politics,” McCall said last year.Journalist and Status Coup co-founder Jordan Chariton covered the media industry for much of Zucker’s tenure at CNN.Chariton, who now focuses on progressive causes , closely watched CNN’s evolution away from a nonpartisan news organization.FOX NEWS BECOMES FIRST CABLE NEWS NETWORK TO FINISH NO.

1 FOR 20 STRAIGHT YEARS WITH DOMINANT START TO 2022 “CNN shifted from a more generic news channel to a reactionary, conflict-and-chaos model mostly driven by Trump’s absurd and/or dangerous tweets.

With that also came less focus on actual vetting and meticulous reporting in favor of pushing stories like ‘Russian collusion’ based on one or two unnamed sources from the CIA,” Chariton told Fox News.”Even when those stories were later shown to be unfounded, there were never any corrections or retractions,” Chariton continued.”Ultimately, Zucker is indeed a generic ratings-driven executive who will always choose presenting a political food fight over important stories like the still ongoing Flint water crisis, deepening economic poverty and looming eviction crisis, exploding homelessness and more.CNN’s ratings have also cratered after a strong start in 2021, shedding three-quarters of its audience in the past 12 months.During January, Fox News averaged 1.4 million total viewers for a 4% increase compared to last year, while CNN settled for only 493,000 average viewers, marking a 74% drop compared to last year.

One of Zucker’s final moves was to fire star liberal anchor Chris Cuomo after revelations of his extensive involvement with his brother former New York Gov.Andrew Cuomo’s private and public defenses against sexual harassment allegations.

An additional allegation of sexual misconduct against Chris Cuomo also emerged during the investigation, contributing to his dismissal.A spokesperson for Chris Cuomo said the former anchor and CNN boss Jeff Zucker had “no secrets” regarding his involvement in protecting his scandal-plagued big brother, former New York Gov.Andrew Cuomo.(Photo by J.Countess/Getty Images) (Photo by J.

Countess/Getty Images | CNN) Media Research Center news analyst Nicholas Fondacaro suggested last year that Zucker’s legacy would be leaving CNN’s “reputation in tatters” regardless of when he exited the network.

JEFF ZUCKER PROTECTED CHRIS CUOMO, ‘HIS MAN,’ UNTIL THE NEW DETAILS PROVED TOO DAMAGING: HOWARD KURTZ “And not just the reputation of the network but their journalists, as we know Zucker would have a direct hand in the live on-screen product, whispering to the anchors in their earpiece what to ask in interviews,” Fondacaro said.”Zucker fostered a newsroom culture that put a heavy value on pushing pure speculation and opinion as newsworthy, and scheduled wall-to-wall coverage based on it,” Fondacaro said.Former CNN digital producer Steve Krakauer worked closely with Zucker during his time at the network that predated Trump’s 2015 pivot from reality television show host and businessman into presidential hopeful.Krakauer is now the editor of Fourth Watch, and he closely monitors the media.”I don’t think when Jeff went to CNN in 2013 he would think that he would be so intertwined into Donald Trump, who was his big star at NBC,” Krakauer told Howard Kurtz last year on ” MediaBuzz .” CLICK HERE TO GET THE FOX NEWS APP “You have to really think, was it business or was it personal with how the network ended up going over these last four years? Obviously, there was a huge …relationship between them that was completely fractured once that happened, it was very good before, and then all of the sudden, you saw what we got,” Krakauer said, referring to CNN’s relentless anti-Trump coverage.”Obviously there were some personal elements to that.” Fox News’ Joseph A.Wulfsohn contributed to this report.

Brian Flood is a media reporter for Fox News Digital.Story tips can be sent to [email protected] and on Twitter: @briansflood..

Fri Feb 4 , 2022
Need Serotonin? Try These 24 Cheerful WFH Desk Accessories To all Anthropologie stationery section stans; to those who breeze past Kate Spade bags to buy Kate Spade pens ; to adults who ran rampant through book fairs and reveled in their back-to-school checklists in elementary school; we say: Welcome to […] 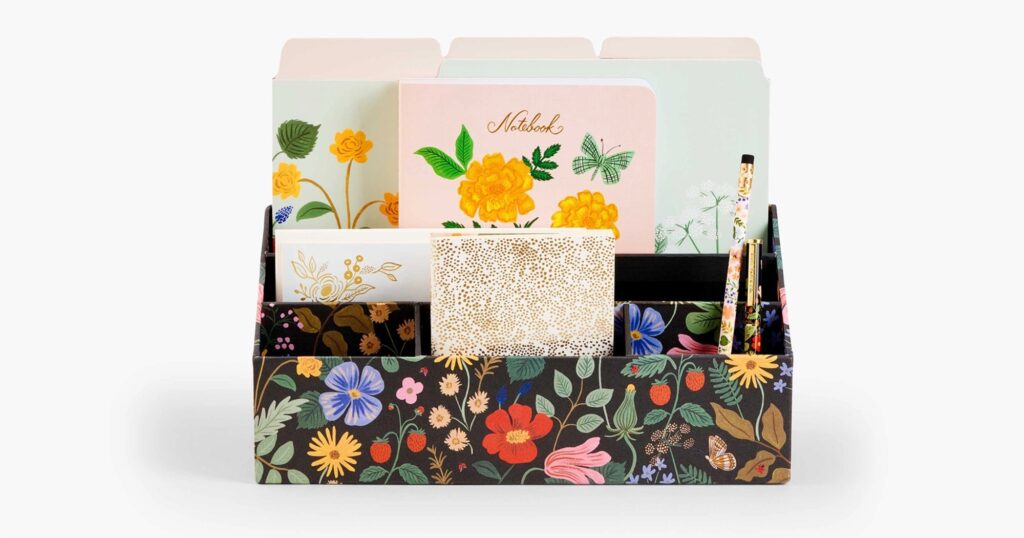