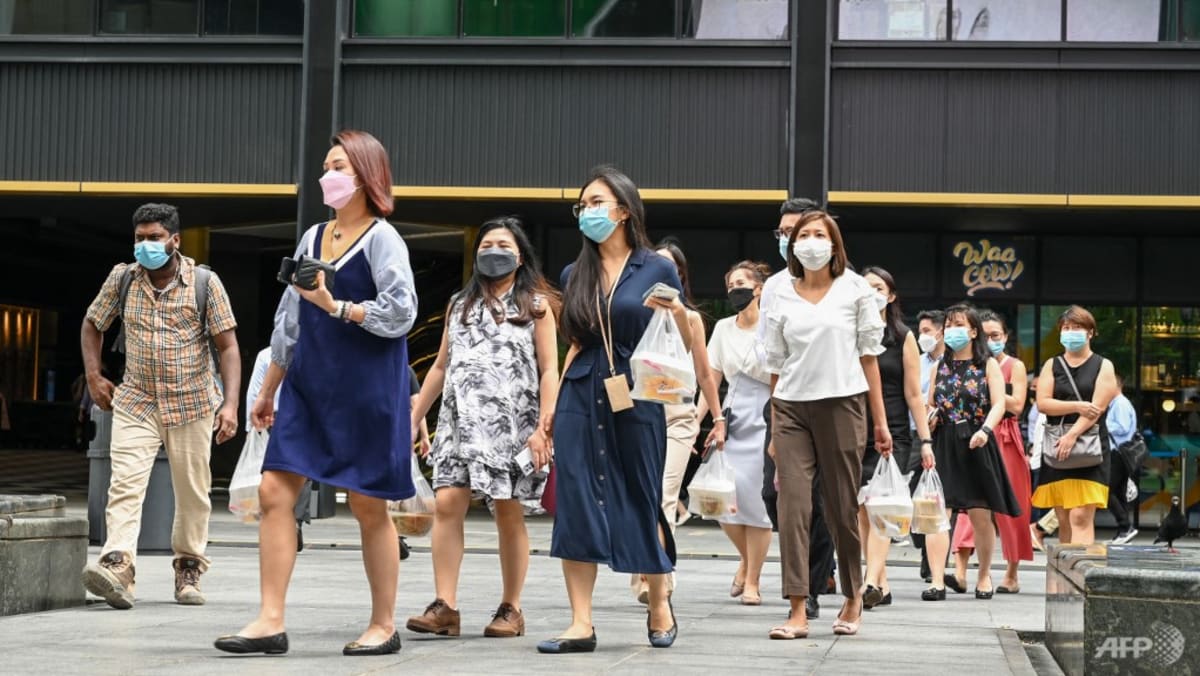 SINGAPORE: The increase in minimum qualifying salaries for new Employment Pass (EP) and S Pass applicants could make it harder for businesses to recover from the existing economic loss brought about by the pandemic, according to businesses and industry analysts.

Companies should continue to build a strong local workforce by reskilling their local employees to mitigate this, they told CNA.

The minimum qualifying salary for new EP applicants will go up to S$5,000 from the current S$4,500.

The qualifying salaries for older EP applicants, which increase progressively with age, will also be raised in tandem.For renewal applications, these changes will apply from September next year to give businesses sufficient time to adjust.

Mr Phua shared that about 29 per cent of SFIC member companies fall under their contract manufacturing membership cluster, and their S Pass to EP ratio is about 4:1.

Under these SFIC companies, S Pass holders tend to hold the roles of site supervisor, project coordinator, onsite installers and are tasked with a general work scope that includes manual material handling and delivery.

“The EP and S Pass holders are part of the overall workforce that contributes complementary skill sets alongside with our local employees.Generally, the foreign workers are tasked to manage more manual labour jobs that they also excel in, and that most Singaporeans shun,” he said.

But the EP and S Pass permit approval process “has not been smooth” for many member companies, adding to their existing woes, added Mr Phua.

“The contract manufacturing cluster members are facing multiple challenges and these include the ongoing manpower crunch and increasing supply chain costs.

Companies are faced with eroding margins due to higher costs, making many projects untenable,” he said.

“At the same time, there are pressures from clients to expedite project delivery time as they are racing against time to leverage their rent-free validity period, and are no longer as empathetic as before about manpower crunch issues.”

For food and beverage (F&B) businesses, the adjustment to manpower costs would trickle down to affect customers, suggested Cedric Tang, a third-generation owner of Ka Soh & Swee Kee Restaurants.

“At the end of the day, the cost is going down to the consumers.Yes, we can hire Singaporeans, yes we can pay more for the (S Pass) levy, but who’s going to foot the bill? The companies are not going to absorb all the cost increase,” he said.

“It’s not that business is bad; business is okay.But you have to hire the manpower to keep moving forward and to recover.We have faced two years of losses and now it’s a recovery period.”

Mr Tang added that Singaporeans might not realise the levy, in addition to the raise in minimum qualifying salaries for S Pass holders, also hurts F&B businesses.

“And that’s the cost that will ultimately trickle down to the consumers.

Everyone loses, but the consumer is the one that loses more,” he said.

To better manage the flow of S Pass holders, the Tier 1 monthly levy will be progressively raised from the current S$330 to S$650 by 2025, according to Budget announcements.

This will affect employers whose S Pass holders account for up to 10 per cent of their total workforce.Those with a higher proportion of S Pass holders are already paying a monthly levy of S$650.

Barring the adjustment to EP and S Pass holders’ minimum qualifying salary, Mr Tang already faces manpower issues.He does not have EP or S Pass holders on his team, but he is open to hiring the latter if he can meet the quota.

“The Government always says that there are Singaporeans to hire, but what I feel they’re not understanding is that in the F&B or maybe service industry, a lot of Singaporeans … are not suited for F&B.Even if we were to hire them, sometimes they leave within six months,” he said.

“If we can hire an S Pass holder, if we have the quota to hire, we will hire.

Because foreign workers … they’re more hungry to earn the money.But for Singaporeans, at least based on my experience so far, they want the managerial role or work in (the) backend.But for SMEs (small and medium enterprises), there are limited office jobs for you to have that we can afford.”

POTENTIAL DIFFICULTY IN HIRING, RETAINING WORKERS Other industries might also need time to adjust to the economic impact of the EP and S Pass minimum qualifying salary adjustments.

The raise in qualifying salaries for EP holders could also be “prohibitive”, and potentially “deter” some companies from relocating expatriate junior professionals, suggested country analyst for Asia under the Economic Intelligence Unit, Yu Liuqing.

“Probably for local companies or multinational companies, if they want to commence their graduate programmes or hire a junior software engineer, this salary can be prohibitive to some,” he said.

In the financial services sector, where the salaries are higher, the minimum qualifying salary for new EP applicants will go up to S$5,500 from the current S$5,000, according to the Budget announcement.

“It’s generally a market-oriented approach, but again, I’d like to raise (the point) that in some sectors there is already an acute domestic talent shortage, and then you raise the threshold wage for EP.That will only make business harder,” added Mr Yu.

Similarly, managing director of recruitment agency Michael Page Singapore, Nilay Khandelwal, told CNA sectors that rely more heavily on these work pass holders would have to “adjust to what comes next”.

For instance, if an existing EP holder is up for pass renewal, the company’s human resources department would need to assess whether these individuals would be able to have their EP permit renewed or be “downgraded” to an S Pass, he said.

Mr Khandelwal added that regardless of the adjustments to EP and S Pass salaries, jobs related to ESG (environmental, social and governance) are the “new trend”.

“It would be difficult to say that companies would be able to do it without talent coming from overseas markets for some of these positions,” he said.

SFIC recognises the “need to build a Singapore core to minimise the reliance on foreign workers”, but to build “a pool of local workers big enough to address the need for foreign workers” will take time, its president Mr Phua said.

To this end, SFIC has launched a career conversion programme for interior fit-out specialists through their training arm last year.The programme was partially designed to “build a pipeline of local talents to join the sector”, ensuring “sustainability and continuity of businesses and renovation projects”, added Mr Phua.

The council has been assisting member companies to increase productivity through digitalisation programmes and similar initiatives, he said.

“We also work closely with government agencies for other support that can help to alleviate cost burdens in one form or another.”

Such reskilling programmes for the local workforce and incentives to hire mid-career professionals are going to be “useful” for companies, added economic analyst Mr Yu.

“Businesses should try to take advantage (of these initiatives) to alleviate some of the pain in terms of hiring.”

In addition, companies can also look to industry initiatives with schools, where scholarships are offered to train professionals that they want directly from the school, he said.

But Michael Page’s Mr Khandelwal is optimistic that Singapore’s workforce has been “evolving quite a fair bit”.

“You have to force yourself to look at innovative solutions to be able to (build a local workforce).And I think in 2020 and 2021, we saw that happening by a large bit, because borders were largely closed, mobilisation was certainly impacted.

Companies ended up hiring locally to a large extent,” he said.

“So I think the last two years experience would definitely help companies in probably making the shift from where they are to where they want to be, gradually in the right direction.”

Mr Khandelwal added that the “upscaling mindset” probably would not change for any worker in Singapore, regardless of one’s function or specialisation.

“We want to continue to look at what’s next, because the job scopes that were there 10 years ago, some of them don’t even exist anymore,” he said.

Mr Lam said the adjustments send “a strong and consistent message” that companies need to “continue to transform, develop their people and build a strong Singapore core”.

The History of Lending Discrimination 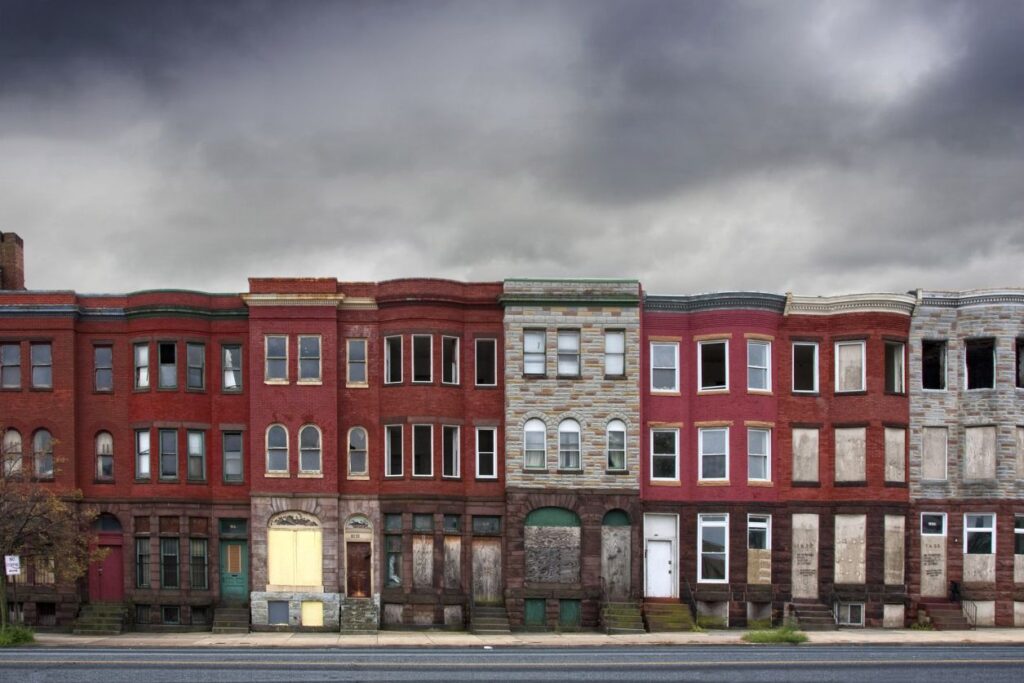