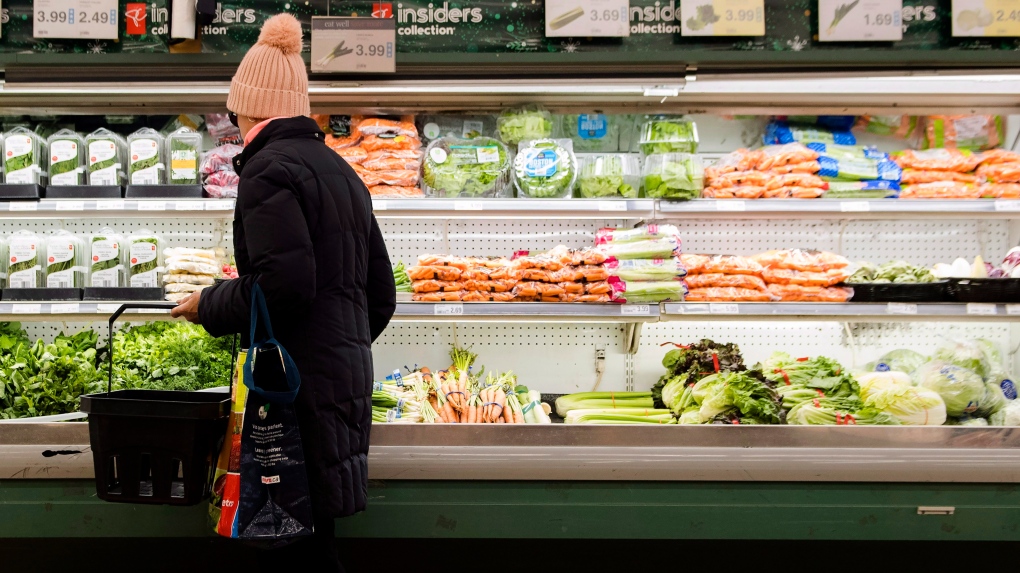 As the country continues to recover from the COVID-19 pandemic and ongoing supply chain issues, Canadians are feeling the pinch at the register as prices continue to increase.

Experts say this is a trend we can expect to see continue well into this year.

From homes, to vehicles, to food; here’s a look at what is going to cost more in 2022.FOOD PRICES

Canadians can expect to pay more for food in 2022.

The report, released in early December, projects that overall, food prices in Canada will increase by five to seven per cent in 2022.

It’ll also cost more to eat out, with the prices at restaurants expected to increase by six to eight per cent.

Overall, the report suggests that a family of four will have an annual food expenditure of up to $14,767, marking an increase of up to $966 from 2021.

Food prices will also vary across the country.

The authors of the report say in 2022, food insecurity will “be a big issue as Canadians grapple with rising prices.”

“Food programs may face increased demand along with higher costs for food, and food retailers may see increase rates of theft,” the report reads.“We will continue to feel the growing impact of climate change and the continued effect of both transportation and labour market challenges.” VEHICLES

Canadians can also expect the price for vehicles will be higher, at least into the first half of 2022.

In a telephone interview from Michigan with CTVNews.ca, Kevin Roberts director of industry insights and analytics at CarGurus said, while Canadians can expect to see the price will increase for both new and used vehicles, the rate will “slow down” sometime soon.

Roberts said while it’s “tough to know right now” how much prices will increase, he pointed to data from November.

“New prices were up 6.4 per cent, and are up 25.5 per cent year-over-year,” he said.“So those are some pretty significant month-on-month gains that we’ve seen over the last couple months.”

Roberts said, though that vehicle production, which has been constrained by supply shortages, should start to “pick up” again in early December.

“The hope is that as we get to the middle part of 2022, that’ll start to catch up with what demand looks like,” he said.“And when that happens, we start to see inventory levels improved, which should hopefully reduce prices slightly.”

But, Roberts said because vehicle production forecasts change on a monthly basis, it’s too hard to pinpoint exactly when Canadians can expect to see prices drop.RETAIL

Retail items such as clothes, toys and electronics will also cost more this year.

Farla Efros, president, HRC retail advisory, a part of Accenture, said if you go to retail or grocery stores, you will notice a number of empty shelves.

Efros said this is due to a “lot of pent-up demand.”

“And you’re going to see this carry over towards the end of 2022,” she told CTVNews.ca in a telephone interview from Toronto.“Which is going to obviously be a struggle for a lot of folks especially the ones that are no longer going to be receiving their CERB cheques.”

Asked if there will be specific items in the retail sector that Canadians can expect will cost more in 2022, Efros said a lot of prices are going to increase “across the board.”

“It really depends on where you’re sourcing your goods from, so that’s going to be a big impact,” she explained.

Efros said while supply chain issues continue, if manufacturers are relying on products made outside of Canada, it may become “harder and harder” for them to source the goods they need.

“It’s going to continue to kind of put the pressure on,” she explained.

She said there will likely be a price advantage for made-in-Canada products, meaning they may be more affordable for consumers.

The price increase on retail goods will likely be felt all across Canada in 2022, Efros said.

“I do think it’s going to be across Canada,” she said.” You’re seeing it now, I mean, if you go to the grocery store, it’s fairly obvious that some prices have gone up significantly.”

Asked how long she expects this trend will continue, Efros said it is dependent on the supply chain, and availability of goods.

House prices in Canada will also continue to rise in 2022.

A report from the Canadian Real Estate Association published in June said the average home price in Canada is forecast to rise by 0.6 per cent in 2022.

According to the CREA, the average home price will increase to $681,500 this year.

The association said COVID-19 “supercharged trends that were already present” in Canada.

“With even stronger first-time home buying activity teaming up with a surge in existing owners choosing to pull up stakes and move to find the right place to ride out the pandemic,” a news release reads.“This served to drive prices sharply higher while supply fell further to reach all-time lows.”

However, the association said with vaccination now “well underway,” the “urgency with which so many sought out housing over the last year appears to be fading and the market is settling down, albeit from a very high starting point.”

The association said while 2021 will “almost certainly” be a record year for home sales in Canada, 2022 is expected to see “significantly fewer MLS transactions.”

“It is nonetheless still expected to mark the second-best year on record for Canadian home sales,” the release reads.

In a telephone interview from Toronto, McKnight said he suspects gas prices will be higher because “of the tax structure being introduced or promoted by the federal government.”

McKnight pointed to the federal carbon tax that is set to come into effect in April of 2022.

“And that’ll increase prices by three cents a litre,” he said.

“I think from now to the end of the year, people are going to get very nervous about going out on the road because prices are going to increase rapidly,” he said.“This is because the recovery from the pandemic was much quicker economically than it was anticipated, so demand is far outstripping supply in so far as gasoline or diesel or crude is concerned.”

He said unless we cut back on demand, prices likely won’t fall for “quite a while.”

Mon Jan 3 , 2022
A Virginia teachers union has faced ridicule online after it sent a letter riddled with grammatical and typographical errors.The union president explained that the union mistakenly published a draft, rather than the completed letter.”On behalf of the members of the Arlington Education Association, this dire expression lends great concerns for […] 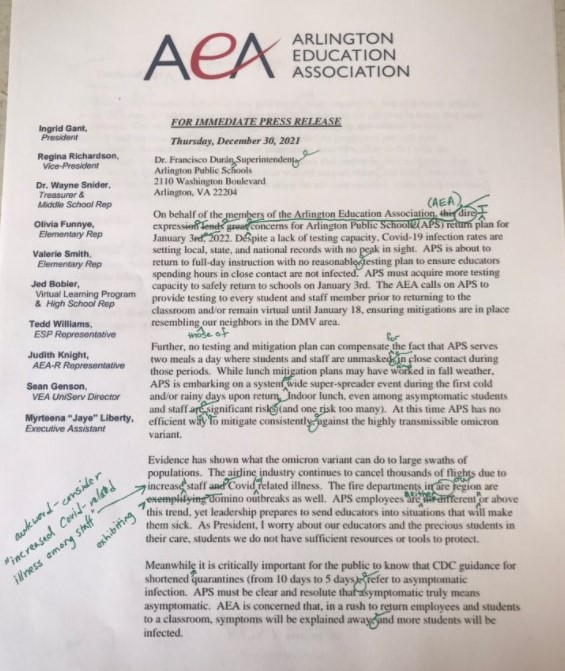