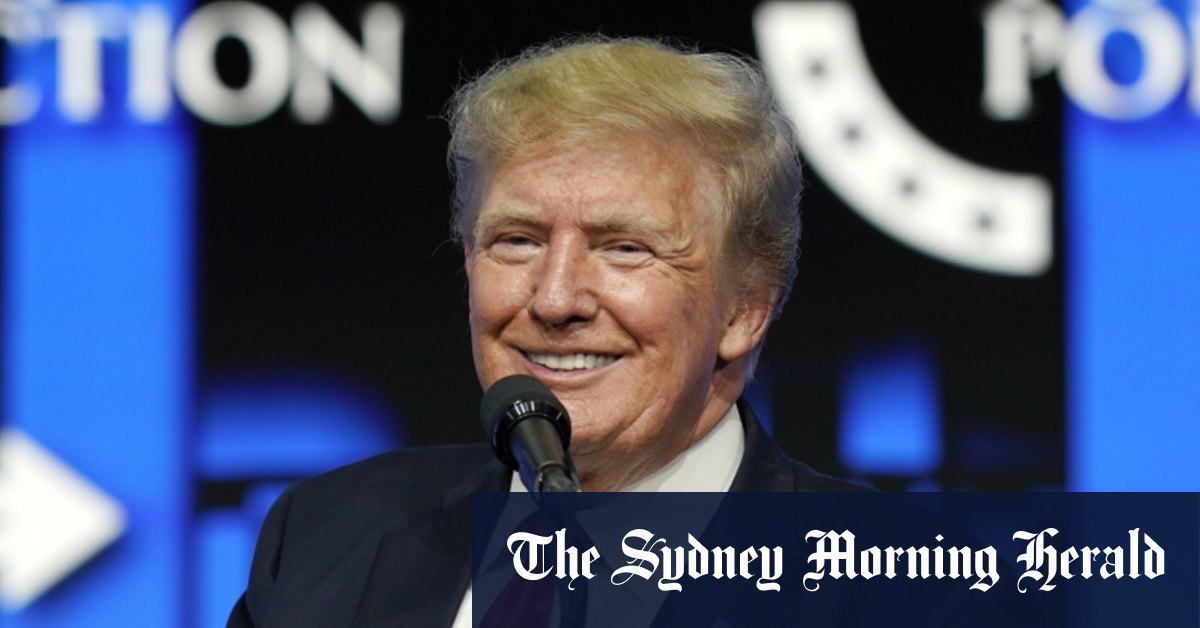 By Julia Love and Helen Coster Updated February 21, 2022 — 11.07am first published at 11.05am Washington: Donald Trump’s new social media venture, Truth Social, appears set to launch in Apple’s App Store this week, according to posts from an executive on a test version viewed by Reuters, potentially marking the return of the former president to social media on the US Presidents Day holiday (Tuesday AEDT).

In a series of posts late on Friday, a verified account for the network’s chief product officer, listed as Billy B, answered questions on the app from people invited to use it during its test phase.One user asked him when the app, which has been available this week for beta testers, would be released to the public, according to screenshots viewed by Reuters.

Former US president Donald Trump smiles while speaking to supporters at a Turning Point Action gathering in Phoenix, Arizona, in July.Credit: AP

“We’re currently set for release in the Apple App store for Monday February 21,” the executive responded.

The launch would restore Trump’s presence on social media more than a year after he was banned from Twitter, Facebook and Alphabet’s YouTube following the January 6, 2021, attack on the Capitol by his supporters, after he was accused of posting messages inciting violence.

On February 15, Trump’s eldest son Donald jr posted on Twitter a screenshot of his father’s verified @realDonaldTrump Truth Social account with one post that he uploaded on February 14: “Get Ready! Your favourite President will see you soon!”

Led by former Republican US Representative Devin Nunes, Trump Media & Technology Group (TMTG), the venture behind Truth Social, will join a growing portfolio of technology companies that are positioning themselves as champions of free speech and hope to draw users who feel their views are suppressed on platforms such as Twitter, Facebook and YouTube.So far none of the companies, which include Twitter competitors Gettr and Parler and video site Rumble, have come close to matching the popularity of their mainstream counterparts.

“This week we will begin to roll out on the Apple App Store.That’s going to be awesome, because we’re going to get so many more people that are going to be on the platform,” Nunes said in a Sunday appearance on Fox News’ Sunday Morning Futures with Maria Bartiromo.

Advertisement A representative for Trump Media and Technology did not immediately respond to a request for comment.

Apple’s App Store listing indicates that Truth Social is expected to be released on February 21, a date that a source familiar with the venture confirmed in January.But in recent weeks Nunes had said publicly that the app would launch by the end of March.

On Friday, Nunes was on the app urging users to follow more accounts, share photos and videos and participate in conversations, in an apparent attempt to drum up activity.

Among Nunes’ posts, he welcomed a new user who appeared to be a Catholic priest and encouraged him to invite more priests to join, according to a person with knowledge of the matter.

The chief product officer’s other responses during Friday’s question-and-answer session suggested the startup’s features would resemble those of Twitter.

Asked whether users would be able to edit their posts, known within the app as “truths,” the executive replied “not yet”.

The ability to edit posts after publication is something Twitter users have long sought.

The next significant feature released on the platform will be direct messages, or DMs, between users, the executive wrote.

Loading The company is also considering allowing users to sign up to receive notifications when others post content, the executive said.He signalled that the ability to block other users would be an important component.

Truth Social will issue a policy on verified accounts “in the coming weeks,” the executive added.

Even as details of the app begin trickling out, the group remains mostly shrouded in secrecy and is regarded with scepticism by some in tech and media circles.

It is unclear, for example, how the company is funding its current growth.

Trump Media and Technology Group is planning to list in New York through a merger with blank-check firm Digital World Acquisition Corp, and stands to receive $US293 million ($333 million) in cash that Digital World holds in a trust, assuming no shareholder redeems their shares, Trump’s group said in an October 21 press release.

Additionally, in December, Trump’s group raised $US1 billion committed financing from private investors; that money also will not be available until the Digital World deal closes.

Digital World’s activities have come under scrutiny from the Securities and Exchange Commission and the US Financial Industry Regulatory Authority, according to a regulatory filing, and the deal is likely months away from closing.

Mon Feb 21 , 2022
Sickle cell: ‘The revolutionary gene-editing treatment that gave me new life’ By James Gallagher Inside Health presenter, BBC Radio 4 Published 1 day ago Share close Share page Copy link About sharing Image source, Jimi Olaghere Jimi Olaghere thought he would have to wait decades to be freed from his […] 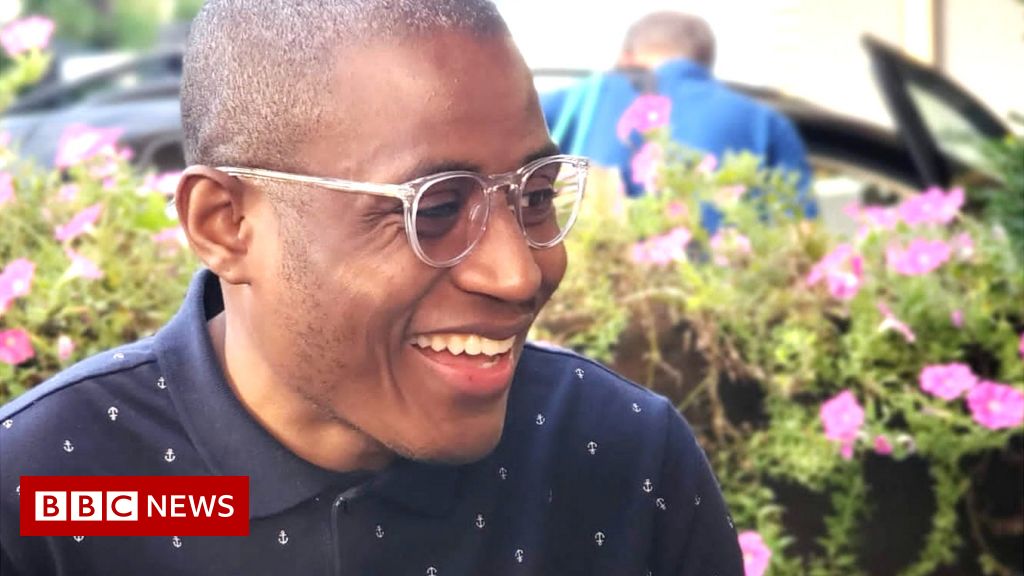