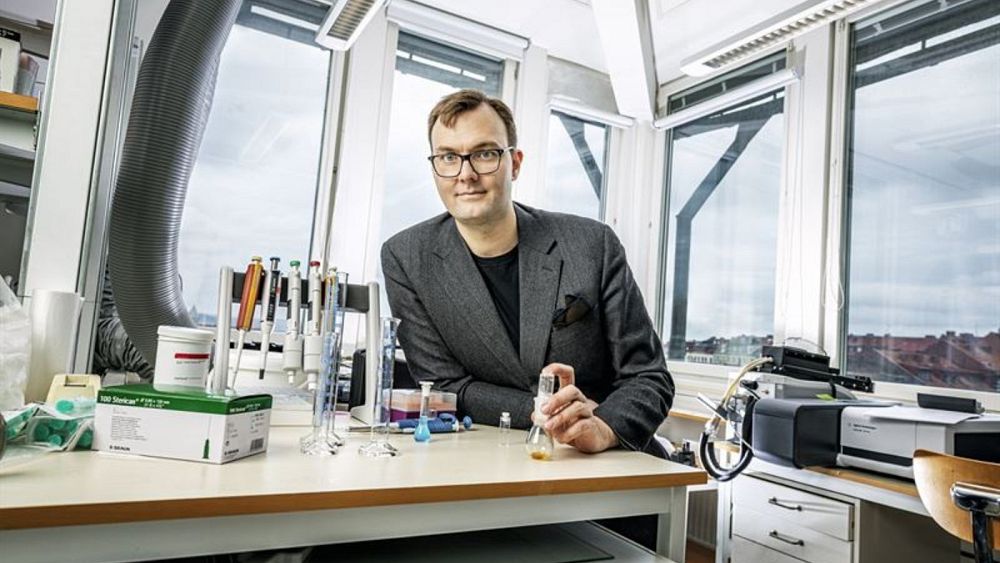 Solar-powered electronics are one step closer to becoming an everyday part of our lives thanks to a “radical” new scientific breakthrough.

In 2017, scientists at a Swedish university created an energy system that makes it possible to capture and store solar energy for up to 18 years, releasing it as heat when needed.

Now the researchers have succeeded in getting the system to produce electricity by connecting it to a thermoelectric generator.Though still in its early stages, the concept developed at Chalmers University of Technology in Gothenberg could pave the way for self-charging electronics that use stored solar energy on demand.

“This is a radically new way of generating electricity from solar energy.It means that we can use solar energy to produce electricity regardless of weather, time of day, season, or geographical location,” explains research leader Kasper Moth-Poulsen, Professor at the Department of Chemistry and Chemical Engineering at Chalmers.

“I’m very excited about this work,” he adds.“We hope with future development this will be an important part in the future energy system.”

Thinner than a pencil, these solar panels are set to revolutionise solar power Largest double-sided solar farm in Europe opens in Greece, supplying power to 75,000 households How can solar energy be stored? These molecules change shape when hit by sunlight, and are stored in liquid form for later use.Chalmers University of Technology Solar energy is a variable renewable because for the most part it, it only works when the sun shines.But technology to combat this much-discussed flaw is already being developed at a fast pace.

Solar panels have been made from waste crops that absorb UV light even on cloudy days while ‘ night solar panels ’ have been created that work even once the sun has set.

Long-term storage of the energy they generate is another matter.The solar energy system created at Chalmers back in 2017 is known as ‘MOST’: Molecular Solar Thermal Energy Storage Systems.

The technology is based on a specially designed molecule of carbon, hydrogen and nitrogen that changes shape when it comes into contact with sunlight.

It shape-shifts into an ‘energy-rich isomer’ – a molecule made up of the same atoms but arranged together in a different way.

The isomer can then be stored in liquid form for later use when needed, such as at night or in the depths of winter.

A catalyst releases the saved energy as heat while returning the molecule to its original shape, ready to be used again.

Over the years, researchers have refined the system to the point that it is now possible to store the energy for an incredible 18 years.

An ‘ultra-thin’ chip turns the stored solar energy into electricity Solar power can be converted to electricity on demand.Chalmers University of Technology/Daniel Spacek As detailed in a new study published in Cell Reports Physical Science last month, this model has now been taken a step further.

The Swedish researchers sent their unique molecule, loaded with solar energy, to colleagues at Shanghai Jiao Tong University.There the energy was released and converted into electricity using the generator they had developed.

“The generator is an ultra-thin chip that could be integrated into electronics such as headphones, smart watches and telephones,” says researcher Zhihang Wang from Chalmers University of Technology.

“So far, we have only generated small amounts of electricity, but the new results show that the concept really works.It looks very promising.”

The device could potentially replace batteries and solar cells, fine-tuning the way we use the sun’s abundant energy.

Connected to a micrometre-thin thermoelectric generator, the MOST energy system can generate electrical power.

Chalmers University of Technology/Per Erséus, Språng kommunikation Stored solar: A fossil and emissions-free way of generating electricity The beauty of this closed, circular system is that it works without causing CO2 emissions, meaning it has great potential for use with renewable energy.

The latest UN Intergovernmental Panel on Climate Change (IPCC) report makes it overwhelmingly clear that we need to ramp up renewables and switch away from fossil fuels much, much faster to secure a safe climate future.

Solar and wind power can limit global warming to 1.5C, new report reveals While significant advances in solar energy like this give cause for hope, the scientists caution it will take time for the technology to become integrated into our lives.A lot of research and development remains before we will be able to charge our technical gadgets or heat our homes with the system’s stored solar energy, they note.

“Together with the various research groups included in the project, we are now working to streamline the system,” says Moth-Poulsen.“The amount of electricity or heat it can extract needs to be increased.”

He adds that even though the system is based on simple materials, it needs to be adapted so it is cost-effective to produce before it can be launched more widely..

Wed Apr 13 , 2022
Pfizer offers $100m to buy Brisbane company behind smartphone app that diagnoses COVID-19 [Louisa Rebgetz] Pfizer has offered $100 million to buy a Brisbane-based company that has invented a smartphone app it says can diagnose COVID-19 by listening to someone cough. Key points: – The company says the app has […]