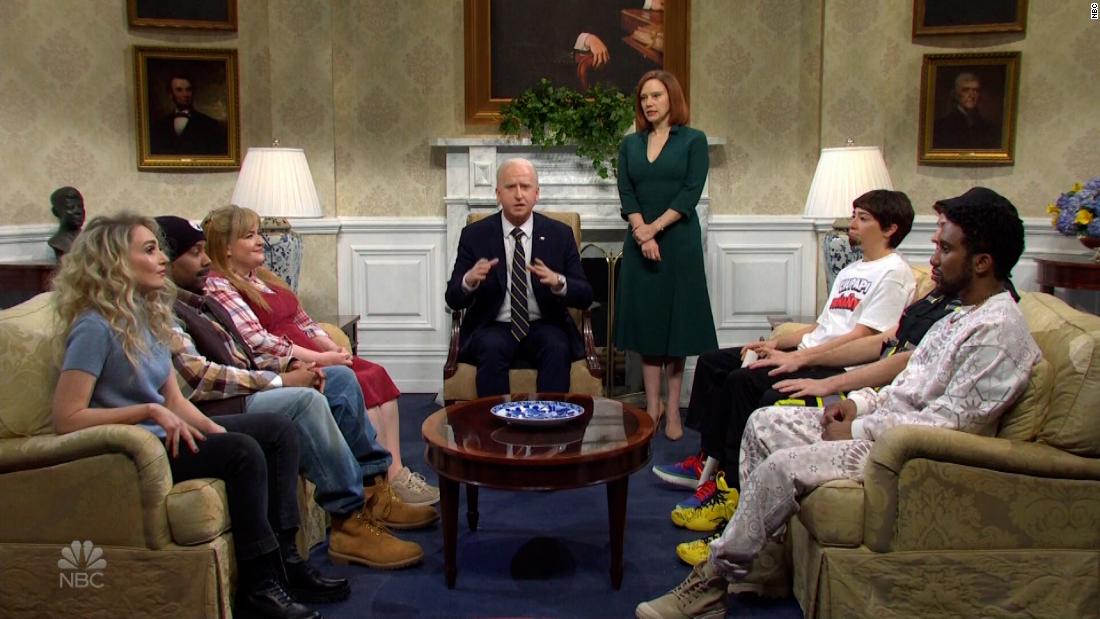 (CNN) “Saturday Night Live” kicked off its show this weekend with its version of President Joe Biden meeting with TikTok stars to get their help combating Russian disinformation surrounding the country’s invasion of Ukraine .

The sketch came after real White House Press Secretary Jen Psaki and officials from the National Security Council briefed approximately 30 social media creators this week who have been covering the Russian invasion on their platforms, a White House official said.In the ‘SNL’ version, Psaki, played by Kate McKinnon, said she suggested the meeting as a joke, “and then it actually happened.” Biden, played by James Austin Johnson, then told the group, “People are saying this is the first war fought on TikTok, which is tough for me because I’m the landline of presidents.” White House is briefing social media creators on Russia and Ukraine He added, “I understand (Russian President Vladimir) Putin, I understand war, but there’s one thing I don’t understand: computer.” Read More “He means technology, but he says computer,” McKinnon’s Psaki explains.She then tells the influencers they need fresh ideas on how to win the information war on social media.First up is “actress from the CW” played by Chloe Fineman who says, “While Putin might have tanks and bombs, there’s something even more powerful we can attack him with: poems.” When Psaki asks for useful suggestions, Fineman says, “Here are five ways to stop the war in Ukraine,” and does a dance while pointing at different spots in the air.Johnson’s confused Biden asks, “What’s happening? Do you see anything?” McKinnon’s Psaki says, “I think she’s expecting text to show up.” They then move on to a TikTok prankster, played by Andrew Dismukes, who suggests pushing Putin down a flight of stairs and singer Jason Derulo, played by Chris Redd, whose only response is to sing his name.Johnson’s Biden then turns his attention to Aidy Bryant playing a 12-year-old girl who does silly animal makeup for kids, and asks what the US can do “to win this war.” “Oh, you mean the one started by your son, Hunter Biden?” Bryant’s young influencer asks.

“You know, you don’t expect the animal makeup girl to be alt-right,” Johnson’s Biden says.

After a few more suggestions from others at the meeting, Bowen Yang enters as “that guy who does a bunch of insane tricks using the toilet plunger stuck to my nipple,” and apologizes for being late because security gave him a hard time.

‘SNL’ kicks off with a Fox News ‘Ukrainian Invasion Celebration Spectacular’ “We were actually about to wrap this meeting up because it was clearly a bad idea,” McKinnon’s Psaki said.”Hey, don’t do that.

Don’t just yank the plunger off the nipple like that,” Yang tells her.”You know, the idea of asking TikTok stars how to fight Russia might sound like a joke, but remember, they said the same thing about the radio in World War II,” Yang says.

“Never underestimate the importance of new technology and how it reaches young people in ways you can never understand,” he adds as the camera slowly zooms in on the plunger attached to his body.”That was truly inspiring, young man,” Johnson’s Biden says.”Oh, I’m 55,” Yang responds before the group gathers for the traditional, “Live, from New York, it’s Saturday Night.”.

Mon Mar 14 , 2022
BEIJING: The southern Chinese tech hub Shenzhen was put under a citywide lockdown Sunday, the local government announced, after it reported 66 new coronavirus cases and sealed off the central business district. Home to tech giants including Huawei and Tencent, the city of around 17 million across the border from […] 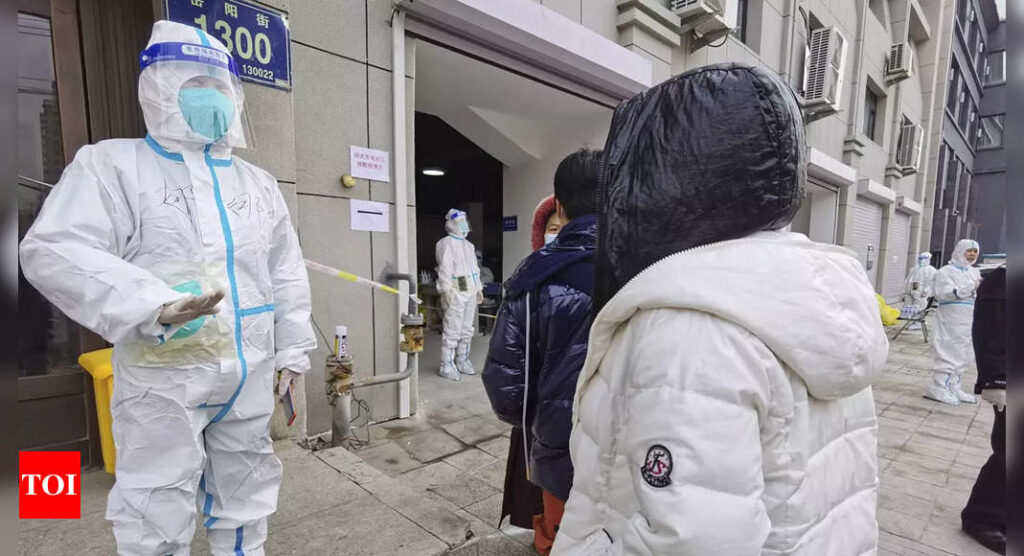