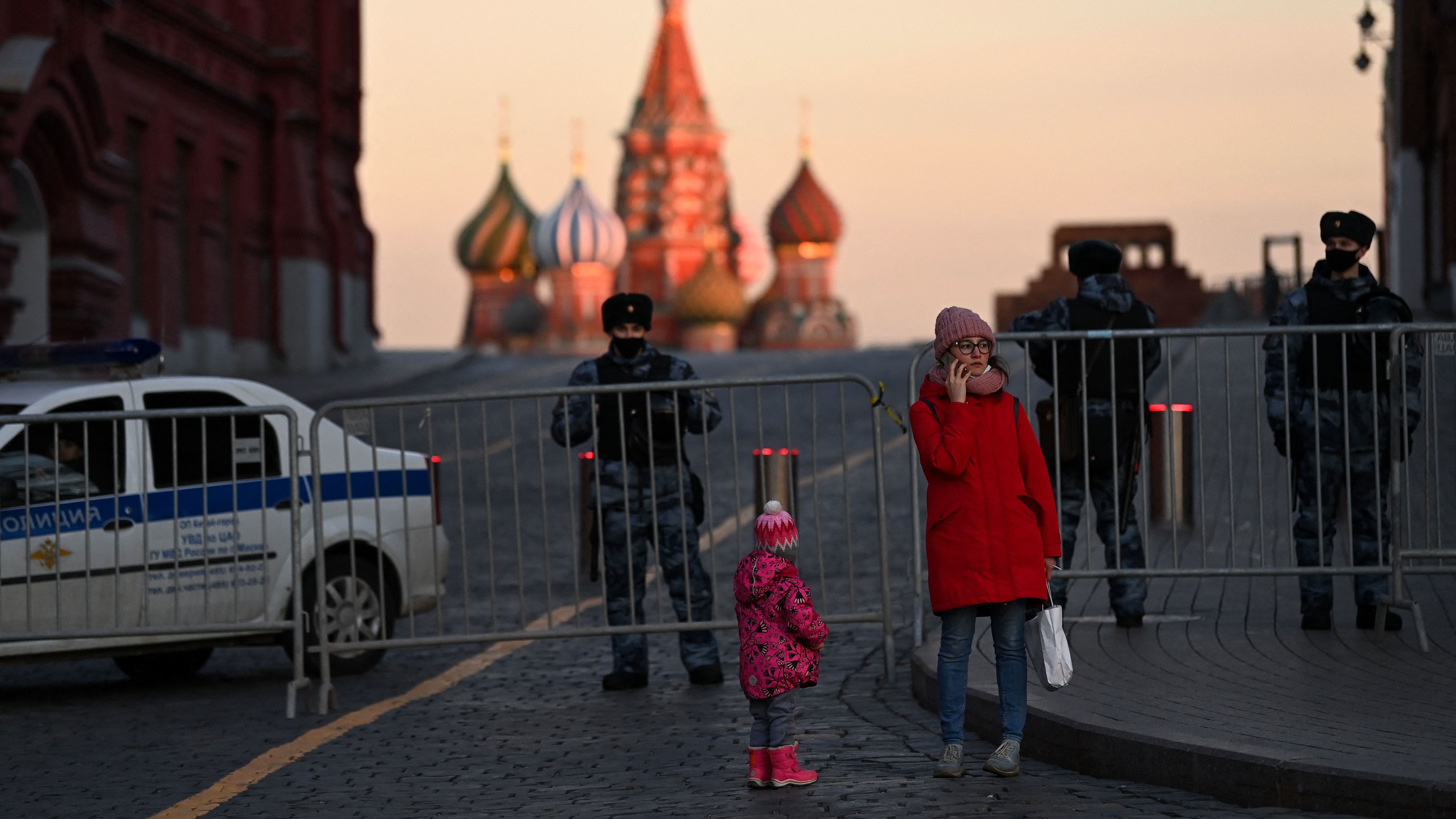 A woman makes a phone call in front of police officers blocking access to Red Square in central Moscow on March 2, 2022

Kirill Kudryavtsev/AFP via Getty Images The Kremlin is increasingly squeezing the free flow of information online for Russians as its war with Ukraine continues.

Meanwhile, many Russians are outfoxing the bans by turning to virtual private networks, or VPNs, to access blocked social media networks and news sites.VPNs are widely used to get around internet restrictions in places like China.Demand for VPNs in Russia was 668% higher on Mar 3 than it was in the week prior to the invasion, according to Top10VPN, a privacy monitoring service.

Technology Tech’s crackdown on Russian propaganda is a geopolitical high-wire act It’s not easy to get a clear picture of what’s going on with tech companies in Russia .The Kremlin’s directives against online platforms can be vague or confusing and on-the-ground reports from Russia about how social media and other apps are working vary.

NPR compiled a rundown of what we know about the state of some leading social media and online services in Russia.

Facebook Russian authorities said on Friday that they fully blocked Facebook, capping a week in which the tech giant heeded European requests to block Russian-backed media outlets in the EU and made state media posts harder to find in the rest of the world.

Technology Russia blocks access to Facebook Facebook and other platforms blocked RT (formerly Russia Today) and Sputnik in Europe to comply with EU sanctions , and in other countries including Ukraine and the United Kingdom at the requests of their governments.The EU’s ban also applies to traditional broadcast media organizations in Europe.

Instagram, which is more popular in Russia than Facebook, is still functioning, although some users have reported the photo-sharing app is only available in English after a recent update.

A Meta spokeswoman told NPR Russia’s actions against the company do not appear to be impacting WhatsApp, the Meta-owned messaging service.

Twitter After reports that Russia also fully cut off Twitter on Friday, Twitter officials said they could not confirm widespread disruptions beyond the service being throttled, which the company said began at the start of the invasion.

But on Monday, a Twitter spokesman confirmed that people in Russia are increasingly “having difficulty” using the platform in the country.Officials at Twitter said they were working to restore service in the country.

Technology Facebook and TikTok block Russian state media in Europe According to the Russian government’s online registry, authorities have restricted access to Twitter under a federal law regulating calls for riots, extremism, protests and the spread of false information.

Twitter has banned RT and Sputnik in Europe in line with the EU sanctions.

Like Facebook, it’s also putting warning labels on and reducing the reach of tweets with links to Russian state media outlets.

TikTok TikTok is preventing users in Russia from posting to the platform while it reviews the implications of a new Russian law that went into effect last week.Under the law, people face up to 15 years in prison for spreading information that contradicts the Kremlin’s official narrative about Ukraine, which rejects words like “war” and “invasion”.

Technology TikTok sees a surge of misleading videos that claim to show the invasion of Ukraine People in Russia can still watch videos on the app and message each other, cannot create their own TikTok videos.

It is unclear when or if the company will resume letting Russians upload their own content.

The law has also led independent Russian outlets and some western news organizations to shut down or pull out of the country entirely, eliminating some of the few channels for information not controlled by Moscow.

TikTok said last week it had begun applying labels to some Russian state-controlled media accounts to warn people of videos produced by users with ties to the Kremlin.

In the European Union, TikTok has gone further by banning Russian state media accounts, like Sputnik and RT, in compliance with the bloc’s sanctions.

Google and YouTube Like other U.S.tech companies, Google is restricting Russian state media.It booted outlets from its Google News service, blocked them from its smartphone app store and banned RT and Sputnik from YouTube in Europe.It also suspended all advertising sales in Russia.

Business Facebook, Google and Twitter limit ads over Russia’s invasion of Ukraine Russian authorities have demanded YouTube lift its restrictions, but have not so far announced they are blocking or throttling YouTube and other Google services in Russia.

YouTube is far more popular in Russia than Facebook, according to a poll last year from the independent Levada Center.

Telegram Messaging app Telegram has long been popular in Russia and has thus far escaped the crackdown aimed at other tech companies.

That’s despite the fact Telegram has been used extensively by Ukraine’s government to broadcast President Volodymyr Zelenskyy’s rallying cries and to disseminate videos of alleged Russian prisoners of war.

Founded by Russian-born Pavel Durov, the app promotes itself as a service free of restrictions and censorship and rarely removes content.

However, RT and Sputnik say their Telegram channels are being blocked in Europe, and Russian authorities have demanded Telegram take down videos and other information about Russian service members in Ukraine.

Netflix On Mar 6, Netflix said it was suspending its streaming video service in Russia, citing “the circumstances on the ground.” The company already said it wouldn’t air Russian state TV channels in the country, despite a new law requiring it to do so.And it’s halted production on all projects in Russia, including some already being filmed, according to Variety .

Twitch Amazon’s video streaming service Twitch has banned Russian state media outlets from its platform, Reuters reported , under a new rule prohibiting users who “persistently share misinformation on or off of” its platform.

The company has also notified streamers in Russia that it was cutting them off from payments to comply with sanctions imposed by the U.S.and other countries, the Washington Post reported .Many successful Twitch streamers earn money from fan donations, subscriptions and ads.

Tue Mar 8 , 2022
Ark Invest’s Cathie Wood said the surge in oil due to the Russia-Ukraine conflict will drive a switch to tech like electric cars.The war will result in “a lot of demand destruction and substitution into innovation,” she told CNBC on Sunday Wood still expects Ark to see spectacular returns in […]