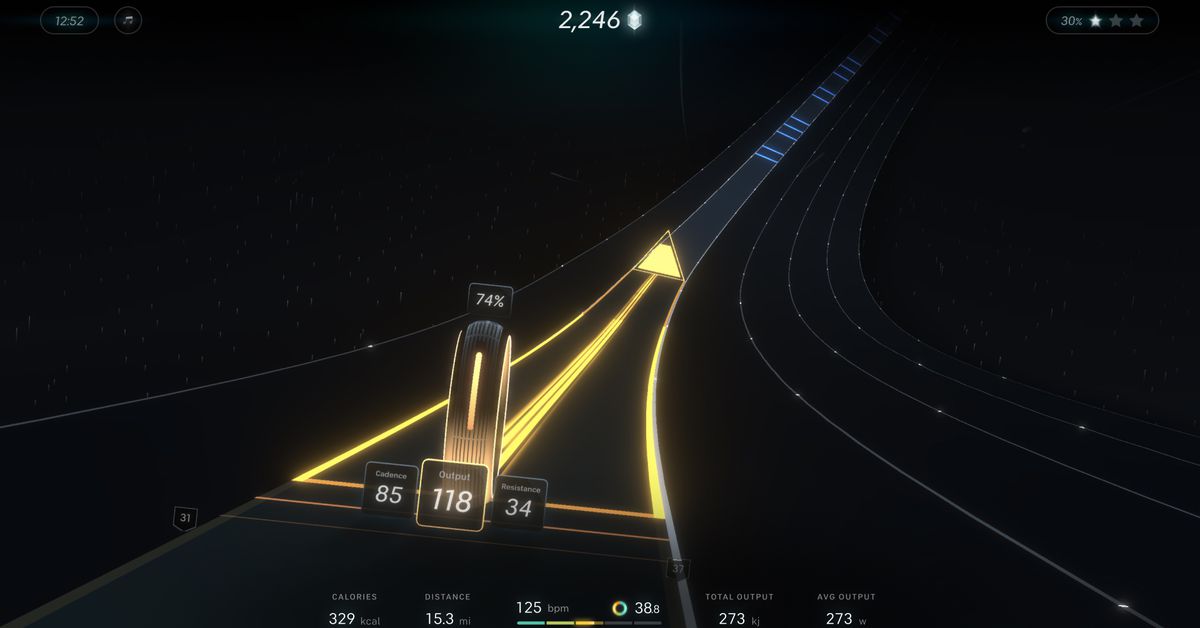 Finally, some less dramatic news from Peloton: its Lanebreak in-app video game is finally here for Peloton Bike and Bike Plus owners.

You can find Lanebreak in the “More Rides” menu at the bottom right of a Peloton bike’s tablet.The game itself sort of looks a lot like riding a light cycle in Tron , but it takes elements from rhythm games.Essentially, you can switch between six virtual “lanes” by turning the bike’s resistance knob.The farther right you go, the higher the resistance.There are also game mechanics — dubbed by Peloton as “Moments” — that relate to your resistance and how fast you’re pedaling.For instance, “Beats” are blue bars that give you points for being in a certain lane.“Breakers” are orange sections where you’re supposed to pedal faster, while “Streams” are green sections where you stay within a specific cadence range.

You can pedal along to various music genres, as well as collections of David Bowie remixes and David Guetta.Peloton also says it’ll launch with 20 levels and will be adding new levels regularly.And in case you’re the competitive type, there’s still a leaderboard as well.

We’ve known Lanebreak was coming for a while.Peloton first hinted at the video game in July, but the game was in beta.Then earlier this month, Google announced it was demoting Stadia in favor of powering gaming experiences for other companies — and Peloton’s Lanebreak was one of them.So the timing makes sense.

Connected fitness gaming is a rising trend, and metric gamification is commonly used in fitness apps.

However, fitness games are on consoles ( Nintendo Ring Fit Adventure, Just Dance, etc.) or in the metaverse.Les Mills, for instance, just launched its own VR boxing game .Lanebreak stands out as it’s the first in-app video game for what’s essentially a fitness streaming service.

In Lanebreak, you’re encouraged to pedal along to music and gain points based on your cadence and resistance.Image: Peloton Although the game has been in the works for months, its official launch dovetails neatly with recent comments from new Peloton CEO Barry McCarthy.In an interview with the Financial Times , McCarthy emphasized that he viewed Peloton as a “connected fitness company, not a bike company” and that his future strategy was to focus on content .

It might seem odd for Peloton to launch a new product amid its corporate drama.However, the company is thought to have some big projects in the pipeline.In the same FT report, Peloton is rumored to be in the testing stages for a connected rower, with a possible reveal in May.

Cyberpunk 2077 disappointed a lot of players when it launche

Fri Feb 18 , 2022
Cyberpunk 2077 disappointed a lot of players when it launched without many of its originally promised features.The quests were incredibly light on dynamic player choices , and advertised features like apartment customization and body augmentations were not in the final game.The gameplay was so lacking in previously expected depth that […] 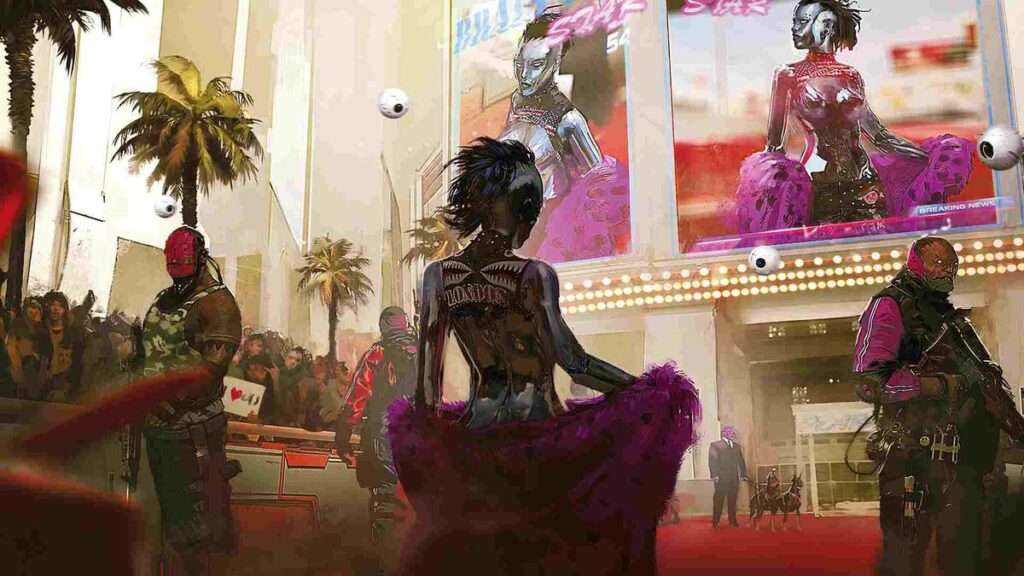