T he list of musicians and podcasters banding together to remove their content from Spotify Technology SA is growing, adding to the streaming service’s troubles.Spotify also offered subscriber projections on Wednesday that fell below Wall Street forecasts for the first quarter, sending its stock tumbling in late trading.

The streaming giant has faced mounting criticism after singer-songwriter Neil Young followed through on threats to remove his music from Spotify.He accused the streamer’s star podcaster, Joe Rogan, of spreading vaccine misinformation on his show, “The Joe Rogan Experience.”

In a letter posted on his website, Quote: : “They can have Rogan or Young.Not both.” A day later, Young announced his music would come off the platform.

Since then, a small but growing cadre of artists has followed Young’s lead.His pushback has also led to larger questions about the streaming service’s support for Rogan and its responsibility for monitoring content distributed on its platform to hundreds of millions of listeners.Meanwhile, some social media users have said they are deleting the app.

Academics and other experts on misinformation said the company may soon face the tricky — and largely uncharted — world of corporate content moderation, much in the same vein that social-media giants Facebook, now called Meta Platforms Inc., and Twitter Inc.have over recent years.

Spotify earlier this week outlined steps it will take to halt the spread of misleading information about Covid-19 on its audio-streaming service.

Rogan also posted a 10-minute video on Instagram in which he vowed to bring more balance to his show.Yet it remains to be seen whether those actions will be enough to quell the uproar.

Singer and podcaster India Arie said she intends to leave Spotify because of Rogan’s “language around race,” she wrote in a note on Instagram, signaling the backlash is spreading beyond Covid misinformation.Her comments follow a controversial interview that Rogan, 54, had last month with Jordan Peterson, a conservative YouTube personality.In that talk, Rogan said it’s “very strange” that anyone would call themselves Black unless they’re from the “darkest place” of Africa.

Wendy Zukerman and Blythe Terrell, the creators of “Science Vs,” an award-winning podcast that streams on Spotify, also announced on Twitter they will focus on fact-checking Rogan and other sources of misinformation on the platform and pause production of other content.

Wall Street analysts and investors aren’t convinced the controversy will affect the company’s bottom line.“If the movement is picked up by lots of artists that demand to leave the platform, then Spotify has to make a decision,” said Tim Nollen, an analyst at Macquarie Capital.“As of right now, I don’t see it as an issue.” Chief Executive Officer Daniel Ek on Wednesday said it was “too early to know”’ if the Rogan controversy was hurting subscriptions.

This is a classic example of short-term value at the detriment to long-term shareholder value,” he said.

Here’s who has said they’re leaving Spotify so far:

Joni Mitchell performing in 1998 (Photo by Robert Knight Archive/Redferns) Joni Mitchell Citing solidarity with the global scientific community, Mitchell, 78, announced on Jan.28 that she was standing with Young.The move prompted the hashtag #spotifydeleted to trend on social media.

“Irresponsible people are spreading lies that are costing people their lives,” Mitchell, known for hits such as “Big Yellow Taxi” and “Help Me,” wrote on her website .“I stand in solidarity with Neil Young and the global scientific and medical communities on this issue.”

Nils Lofgren Bruce Springsteen’s E Street Band guitarist, Lofgren announced on Jan.29 that he was taking 27 years’ worth of his music from Spotify.“We encourage all musicians, artists and music lovers everywhere, to stand with us all, and cut ties with Spotify,” Lofgren wrote in a statement on his website .

“Pick up your sword and start swinging! Neil always has.Stand with him, us (Joni Mitchell!), and others.It’s a powerful action YOU can all take NOW, to honor truth, humanity and the heroes risking their lives every day to save ours.”

29 that her Spotify-exclusive podcasts “Unlocking Us” and “Dare to Lead” would be paused.

“I will not be releasing any podcasts until further notice,” Brown tweeted .She also called on Spotify to “have a transparent misinformation policy (made available to the public) that balances addressing the complex misinformation issues we face today while respecting free speech.”

India Arie performs onstage at Black Girls Rock on August 25, 2019 in Newark, New Jersey.Paras Griffin/Getty Images for BET India Arie She posted on her Instagram this week that she was pulling her music and podcast “Songversation” because of Rogan’s language about race.“I believe in freedom of speech,” Arie wrote in an Instagram statement .“However, I find Joe Rogan problematic for reasons OTHER than his Covid interviews,” citing his language about race.“What I am talking about is RESPECT — who gets it and who doesn’t.”

2 “in solidarity with their bandmate, Neil Young,” saying they had requested that their labels remove their solo and collaborative music from the platform.

“We support Neil and we agree with him that there is dangerous disinformation being aired on Spotify’s Joe Rogan podcast,” Crosby, Stills and Nash said.“While we always value alternate points of view, knowingly spreading disinformation during this global pandemic has deadly consequences.

Until real action is taken to show that a concern for humanity must be balanced with commerce, we don’t want our music — or the music we made together — to be on the same platform.”

Roxane Gay speaks onstage during the Hammer Museum’s 17th Annual Gala in the Garden on Oct.12, 2019 in Los Angeles, California.Presley Ann/Getty Images for Hammer Museum Roxane Gay The essayist and author of “Bad Feminist” said this week that she had removed her podcast, “The Roxane Gay Agenda,” from Spotify.The show premiered in late January.

“It won’t move any sort of needle but I removed my podcast from Spotify,” Gay tweeted .“That’s all there really is to say about that.Onward.”

“I know it’s not a big deal but hope it will be part of a growing avalanche,” the author and psychologist wrote on Twitter .”Thank you to #NeilYoung, @jonimitchell, and @nilslofgren for your courage in leading the way.”

Fri Feb 4 , 2022
The memo used the banal language of government bureaucracy, but the proposal it advocated was extreme: President Donald Trump should invoke the extraordinary powers of the National Security Agency and Defense Department to sift through raw electronic communications in an attempt to show that foreign powers had intervened in the […] 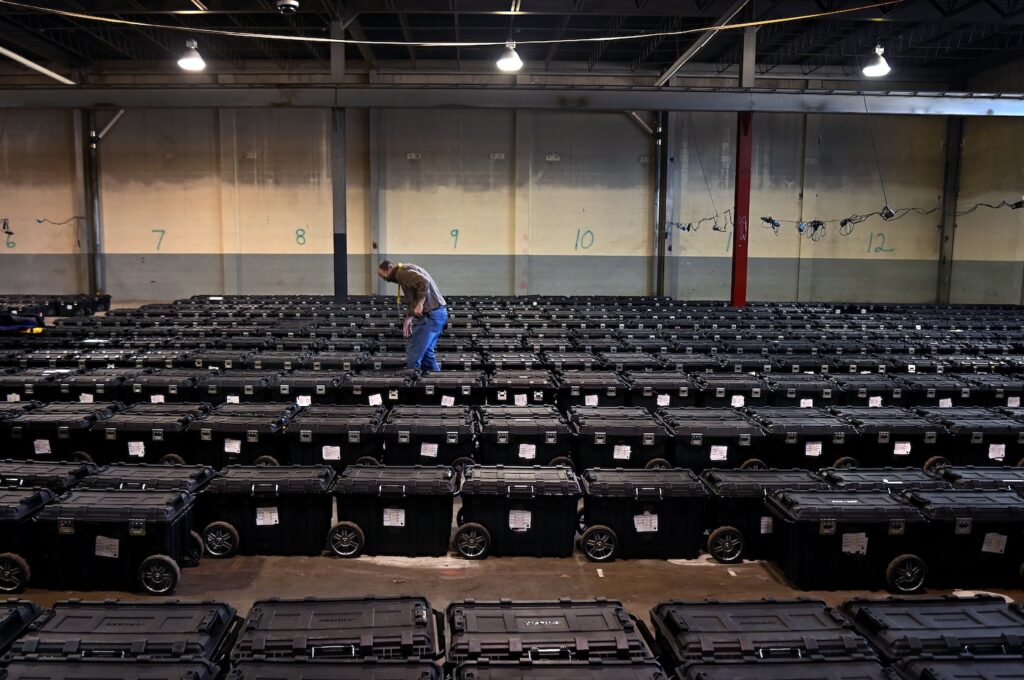