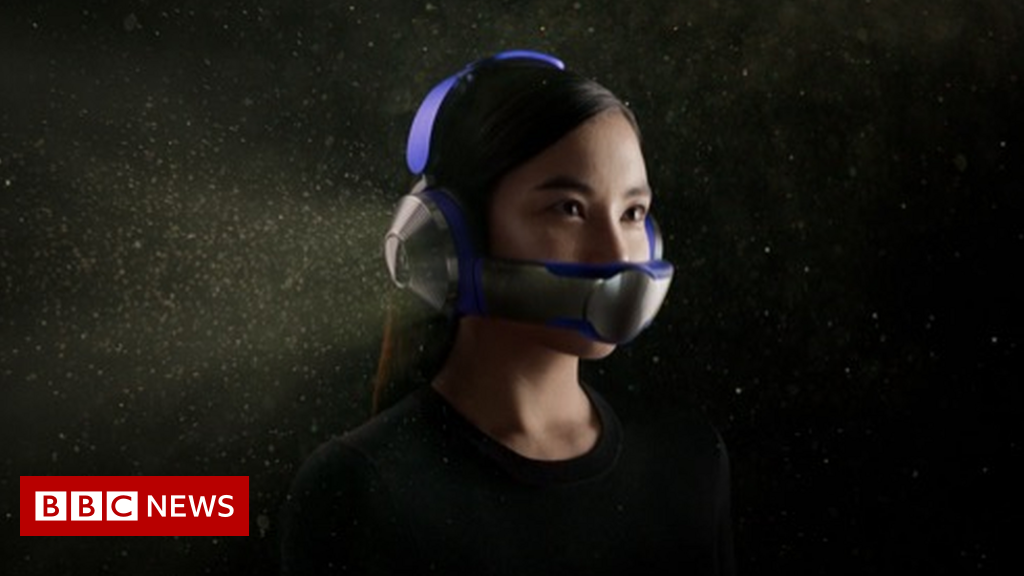 Copy link About sharing Image source, Dyson Image caption, The headphones would certainly turn heads in the street, one reviewer said Dyson has taken its first step into wearable technology, with an eye-catching pair of over-ear headphones that come with an air-purifying mouth visor.

Best known for vacuum cleaners, Dyson has diversified in recent years with products such as fans and a hairdryer.

The headphones – dubbed Dyson Zone – are designed to tackle the growing issue of air pollution.

One reviewer said they would definitely “turn heads in the street”.

The sound quality was “excellent”, she told the BBC News, and the headphones had a “lovely construction”.

But as she had been unable to test the product outdoors, she could not say how effectively it would purify air or “how silly you feel wearing it”.

The headphones go on sale in the autumn.

“We don’t expect them to be cheap,” O’Boyle added.

Global problem The noise-cancelling headphones come with a motor, fan and air filters in each ear cup.

Air is sucked through the filters, capturing allergens and pollutants such as nitrogen and sulphur dioxide and brake dust.

And this purified air is then channelled to the nose and mouth via the visor, which is magnetically attached to the bottom of the headphones.

It is 97% effective at getting clean air to the lungs, the company says.

Track breathing There are four purification modes, depending on whether the wearer is walking down a street or sitting down.

The headphones use sensors to track breathing and exertion and then toggle between modes.

They also come with:

an app that lets users specify their location and determines when the filter needs replacing a face covering comes that slots into the visor The product has four hours’ battery life in low-filtration mode, according to Pocket-lint, or 1.5 hours in high filtration.

“The Dyson Zone purifies the air your breathe on the move.

“And unlike face masks, it delivers a plume of fresh air without touching your face, using high-performance filters and two miniaturised air pumps.”

The non-contact aspect was a “must” for the designers, to avoid discomfort and irritation.

It was also a first foray into audio for Dyson engineers.

Originally, a snorkel-like mouthpiece was paired with a backpack holding the motor and inner workings.

The Verge called the finished product “bizarre”, stressing it was not an early April Fool’s joke.

“While mask wearing has been normalised considerably over the past two years, we’ll have to see whether customers will be willing to embrace this extremely odd-looking product,” it wrote.

More on this story Coronavirus: Dyson develops ventilators for NHS

Thu Mar 31 , 2022
All patients with Type 1 diabetes in England are to be offered wearable technology to monitor their blood sugar levels in seconds. The gadget, the size of a £2 coin, sits on a patient’s arm and constantly checks their glucose levels. With an app, the user can scan the monitor […] 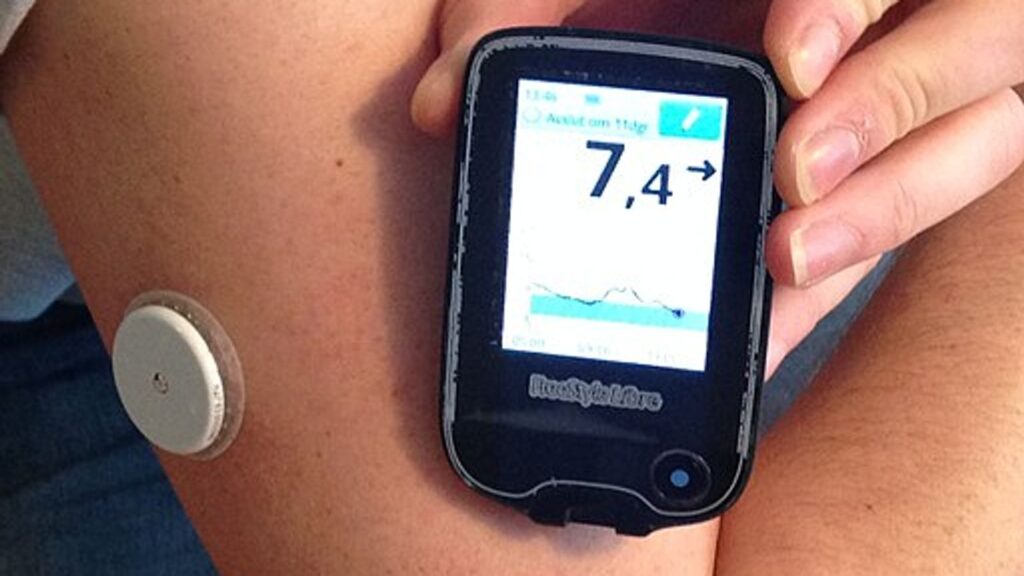