Did [Sony](/category/sony/) just leak the PS5 Pro? Some recent and suspicious shipments from the [PlayStation](/category/playstation-generic/) makers may point to the existence of the next PlayStation console.Three years after the launch PS4 was released in 2013, Sony released the PS4 Pro, a refinement of the PS4 aimed at offering more power.Assuming this pattern holds with the PS5, then the PS5 Pro will release next year, or maybe the year after due to the global microchip shortage.Whatever the case, the lack of PS5 Pro leaks and rumors indicate the opposite.

If a PS5 Pro is releasing as early as next year, there would presumably be a lot more leaks and rumors than there currently are.All of the context points towards the non-existence of a PS5 Pro, yet some mysterious Sony shipments from Europe to the United States have managed to ignite PS5 Pro speculation nonetheless.

Recently, Sony sent out a huge shipment of development kits to Oakland, California.Why it did this and what exactly was shipped, we don’t know, but now it’s also shipped 1,500 pounds of video game console prototypes from London to Norfolk, Virginia.Well, it did this back on November 16, 2021, but it’s only now been discovered by Tweak Town .

What’s especially odd about this is why Norfolk, Virginia? As Tweak Town points out, there’s nothing in this part of the US other than some Sony service centers.But why would Sony service centers be receiving 1,500 pounds of video game console prototypes from Sony’s London headquarters? And is this at all connected to the aforementioned shipment of development kits to California?

If we are dealing with 1,500 pounds of console prototypes, then there are really only three possibilities: PS5 Pro, PlayStation VR 2, or an early model of the PS5.What else could be filed under console prototypes from Sony?

Unfortunately, for now, all we can do is speculate.Sony has not in any capacity addressed any of this.We don’t anticipate this changing for a variety of reasons, but if it does, we will be sure to update the story accordingly.In the meantime, for more [PlayStation 5](/category/playstation-5/) coverage — and all PlayStation coverage in general — click here or, alternatively, check out the relevant and recent links listed right below:

Sun Mar 13 , 2022
The Nintendo Switch outsold the Xbox Series X and PlayStation 5 in both unit and dollar sales in February after bouncing back from a weaker January, according to NPD’s Mat Piscatella .Last month, the PS5 took the top spot as the US’s best-selling gaming hardware, while the Switch came in […] 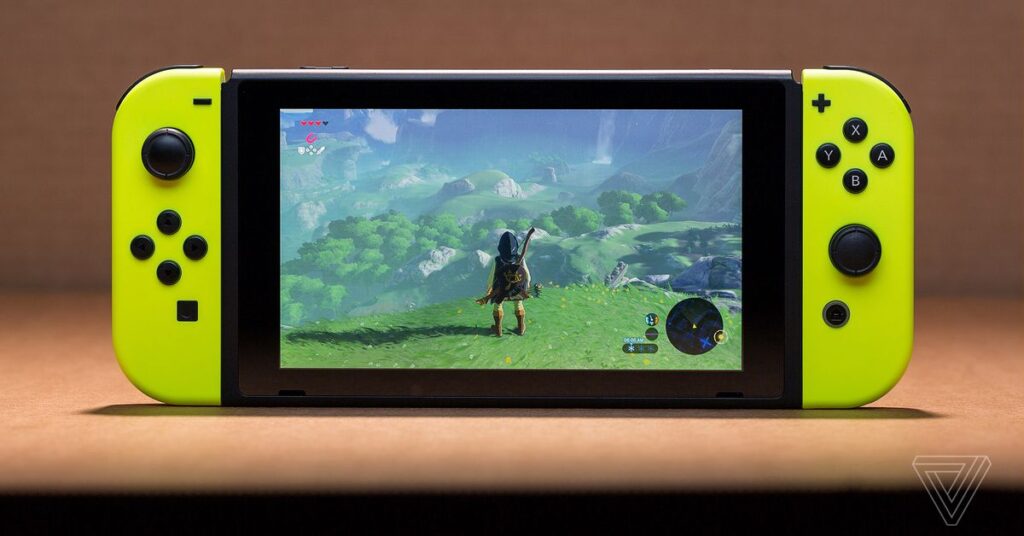