Cathie Wood defended her firm’s innovation-focused portfolio, saying she sees “spectacular returns” for Ark Invest over the next five years.”Given our expectations for growth in these new technologies, I think we’re going to see some spectacular returns,” the Ark Invest CEO told CNBC’s “Capital Connection.” Her comments come after her firm’s flagship fund has been caught in the recent tech-led sell-off.The Ark Innovation ETF has nearly halved in the past 12 months.In comparison, the benchmark S&P 500 is up nearly 15% in the same time period.”We’ve been in a terrible bear market for innovation,” she admitted.”However, if you look from the bottom of the coronavirus to that peak [of the Ark Innovation ETF] in February of ’21, we were up 358%.” Wood said, however, the firm has seen “significant inflows” since Jan.17.”I think a lot of our investor base is averaging down,” she said.

Averaging down refers to the investment strategy of buying more units of an asset when its price drops.”You’d be amazed if you average down over time, how quickly a strategy can come back above that average.And if we’re right, significantly above that average over the next five years,” Wood said.Top Goldman strategist says the market could be oversold, sees room for ‘reasonable returns’ These stocks could rise as Russia-Ukraine war causes U.S.

companies to rethink globalization trend Oil and gas prices are surging — Here’s what that means for renewable energy stocks Wood said the world is currently facing “all kinds of problems” and innovation is set be the answer.She pointed to the ongoing war in Ukraine, which has has triggered a surge in the prices for some commodities like oil.Wood said the conflict is set to lead to “a lot of demand destruction and substitution into innovation” such as a switch toward electric vehicles away from those that are gas-powered.

She described her firm as the closest thing to a venture capital fund in the public markets, which value these frontier technology companies differently than private markets.”If you compare what’s going on in the public equity markets to the private equity markets, when it comes to innovation, we’ve seen a 60% drawdown in the last year.The private markets have seen a 20% increase … as we have analyzed it through Crunchbase,” Wood said.

She attributed this to public markets being “filled with investors who are benchmark sensitive,” as opposed to private markets investors who see the “explosive growth opportunities” in major innovation platforms.While technology is already a heavyweight in the S&P 500, accounting for 28% of the index, Wood said those stocks are “part of the success in the past.” “Our technology stocks are going to be the future successes and they will end up in the indexes,” she said..

Mon Mar 7 , 2022
North Korea performed data transmission and other key tests needed to develop a spy satellite, state media said Sunday, in the second such tests in about a week, indicating the country intends to conduct a prohibited long-range rocket launch soon. The moves come as North Korea has been carrying out […] 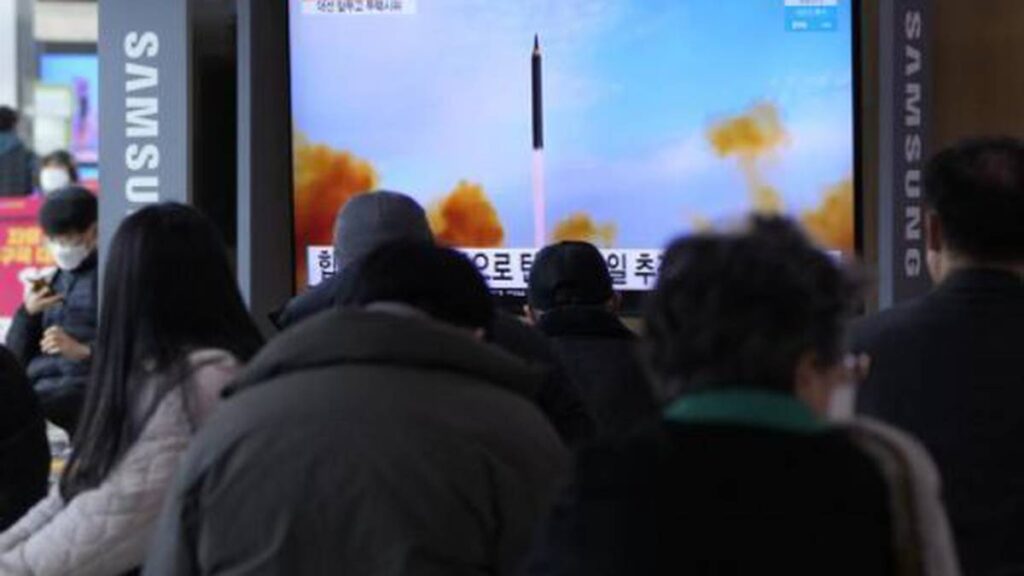