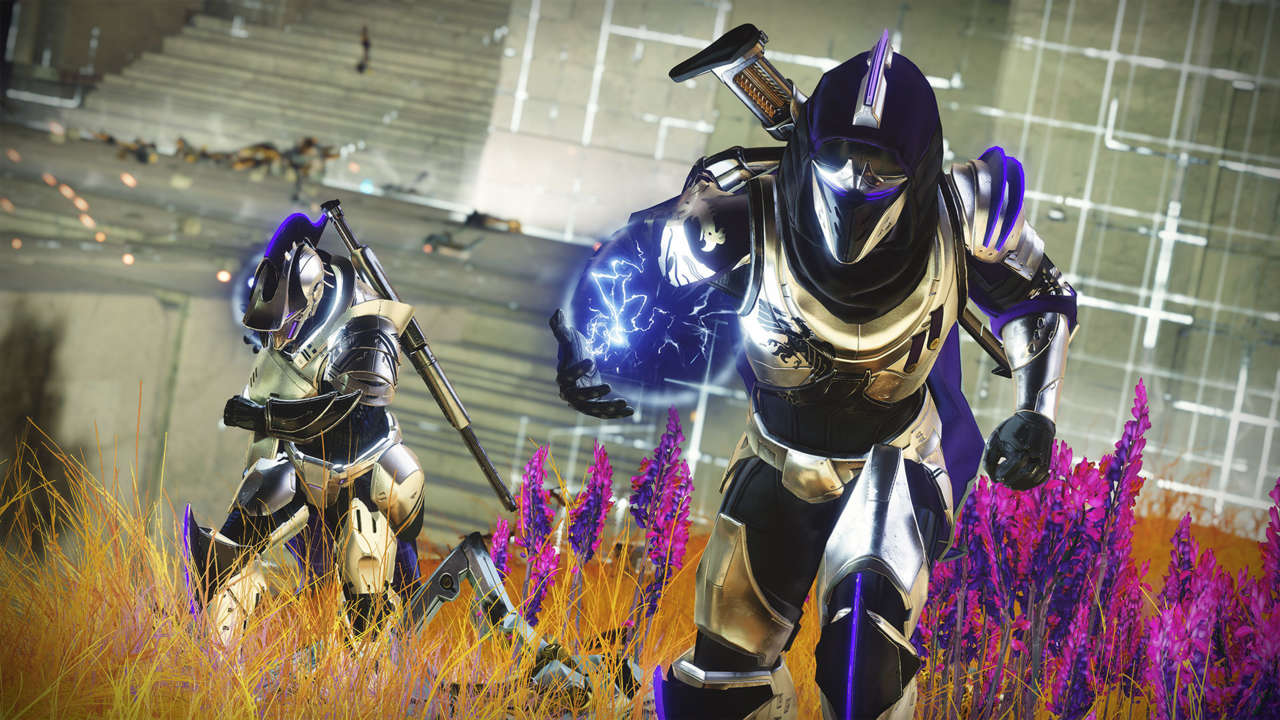 Bungie Acquired By Sony For $3.6 Billion

The PlayStation company has acquired Bungie in another massive deal for the gaming industry.

The video game industry continues to get shaken up with major deals.Sony is buying Halo creator and Destiny developer Bungie in a deal valued at $3.6 billion.GI.biz was first to report the deal, which will make Bungie become an “independent subsidiary” of Sony Interactive Entertainment.Sony officially confirmed the deal and the valuation in a press release , while more details have come to light, like how Destiny will still be published on multiple platforms going forward.

PlayStation boss Hermen Hulst said of the deal, “I’m absolutely thrilled to welcome Bungie to the PlayStation family!” Hulst added: “Bungie create community-driven games with outstanding technology that are enormous fun to play, and I know that everyone at PlayStation Studios will be excited about what we can share and learn together.”

I’m absolutely thrilled to welcome Bungie to the PlayStation family! Bungie create community-driven games with outstanding technology that are enormous fun to play, and I know that everyone at PlayStation Studios will be excited about what we can share and learn together.— Hermen Hulst (@hermenhulst) [pic.twitter.com/VySocfBxtx] [January 31, 2022]

Bungie will continue to release multiplatform games going forward, and the company will have the option to “self-publish and reach players wherever they choose to play,” GI.biz reported.

“We’ve had a strong partnership with Bungie since the inception of the Destiny franchise, and I couldn’t be more thrilled to officially welcome the studio to the PlayStation family,” SIE president and CEO Jim Ryan said.

Ryan went on to say that buying Bungie gives Sony access to a “much wider audience.”

“We understand how vital Bungie’s community is to the studio and look forward to supporting them as they remain independent and continue to grow.Like Bungie, our community is core to PlayStation’s DNA, and our shared passion for the gamer and building the best place to play will now evolve even further,” Ryan said.

Bungie boss Pete Parsons said of the deal, “Both Bungie and SIE believe that game worlds are only the beginning of what our IP will become.”

He added: “Our original universes have immense potential and, with SIE’s support, we will propel Bungie into becoming a global multimedia entertainment company dedicated to delivering on our creative vision.”

Bungie posted a statement about the acquisition on its website from Parsons, who spoke about how Sony is a partner who “unconditionally supports us in all we are…”

Parsons also spoke about how Bungie wants to expand beyond games and become a “global multimedia entertainment company,” though Bungie has not announced any non-game projects.

Parsons also stressed that Bungie will continue to have creative freedom and the ability to chart its own future after being acquired by Sony.

The full statement follows below.

Bungie, which is headquartered in Bellevue, Washington, also created the Halo series and has around 900 employees, making it one of the biggest game developers in the world.The announcement of this buyout comes not long after Sony rival Microsoft announced its intent to acquire Activision Blizzard in the richest video game deal of all time, at $68.7 billion.

Bungie was at one point owned by Microsoft before it split off and became independent.Bungie had a publishing deal with Activision for the Destiny series but it later broke up with the company and elected to self-publish the series–this approach will continue going forward under Sony.

“We want the worlds we are creating to extend to anywhere people play games.We will continue to be self-published, creatively independent, and we will continue to drive one, unified Bungie community,” Bungie said.

Xbox boss Phil Spencer, who is a huge fan of Destiny , reacted to Sony’s buyout of Bungie.

He said on Twitter , “Congrats to the talented teams at, great testament to your creativity.

And congrats toon adding a talented team to your studios team.”

“We believe games have limitless potential, and that to do anything worthwhile in entertainment, we must bet big on our vision, on our studio, and on our incredible team of trusted creators who build unforgettable worlds that truly matter to people.

In SIE, we have found a partner who unconditionally supports us in all we are and who wants to accelerate our vision to create generation-spanning entertainment, all while preserving the creative independence that beats in Bungie’s heart.

Like us, SIE believes that game worlds are only the beginning of what our IPs can become.Together, we share a dream of creating and fostering iconic franchises that unite friends around the world, families across generations, and fans across multiple platforms and entertainment mediums.Today, Bungie begins our journey to become a global multi-media entertainment company.

Since taking flight in 1991, Bungie has always charted the future with our own star map – a path that is driven by our people and for our community.We are continuing that journey with new worlds in development, and we can’t wait to share them with you.With SIE, the potential for our universes is unlimited.

Our future games will take bold steps into unexplored spaces for Bungie, continue to push the boundaries of what is possible, and will always be built on a foundation of creating meaningful, lifelong friendships and memories.We remain in charge of our destiny.We will continue to independently publish and creatively develop our games.We will continue to drive one, unified Bungie community.

Our games will continue to be where our community is, wherever they choose to play.With SIE’s support, the most immediate change you will see is an acceleration in hiring talent across the entire studio to support our ambitious vision.If this speaks to you, and you want to help us put a dent in the universe, we are hiring across all disciplines for Destiny 2 and for all new worlds beyond.

What makes our worlds come to life is our community and our people in the studio.Our people are the soul of Bungie.

Empowered by our people, we have pushed the boundaries of what we thought was possible and transformed who we are as a company.Over the past 30 years, the inviting worlds we’ve built have turned into thriving communities, and that community is the true magic.These communities have taken Bungie beyond games.They have forged life-long bonds, and humbled us with the real, meaningful good they drive within us and the world.More than anything, SIE understands that our people and our community are both the priority, and the heart of our success, and are willing to stand alongside us as we continue to use our platform to drive action towards a more welcoming and equitable world.

Our goal is to build a place where the world’s most creative and talented people can come and do their best work, no matter who they are, where they are from, or how they identify.That’s the real dent in the universe we want to make — the one we want to last beyond us.Be a part of this future with us.See you Starside.”

As a Destiny 2 player, does Bungie becoming part of PlayStation have any immediate impact on how I play and experience Destiny 2?

We want you to play The Witch Queen on February 22, 2022, on the platform of YOUR choice.

Q.Will the Destiny 2 experience on non-PlayStation platforms be impacted by Bungie becoming part of PlayStation?

No.We want to maintain the same great experience you already have on your platform of choice.

Will any announced seasons, events, packs, or expansions be changed or impacted by Bungie becoming part of PlayStation?

No.Bungie retains full creative independence for our games and our community.

Our plans for the Light and Dark Saga are unchanged, all the way through The Final Shape in 2024.

Q.Will Destiny 2: The Witch Queen include any platform exclusives?

No.The Witch Queen will not contain any platform exclusives.Every player should have an amazing Destiny experience, no matter where you choose to play

No.Bungie’s commitment to cross-platform play and social features remains unchanged.We believe games are best shared with friends, wherever they choose to play, and will continue to invest in new features and platforms.

Bungie has future games in development, will they now become PlayStation exclusives?

Q.I play Destiny on Steam, Xbox, or Stadia – will my platform still be supported?

Wed Feb 2 , 2022
Odell Beckham Jr.appeared to console Deebo Samuel after the Los Angeles Rams’ 20-17 win in the NFC Championship Game Sunday, speaking into the 49ers wideout’s ear as he gathered his emotions.During his postgame press conference a short time later, Deebo said he did not remember what OBJ’s message was to […] 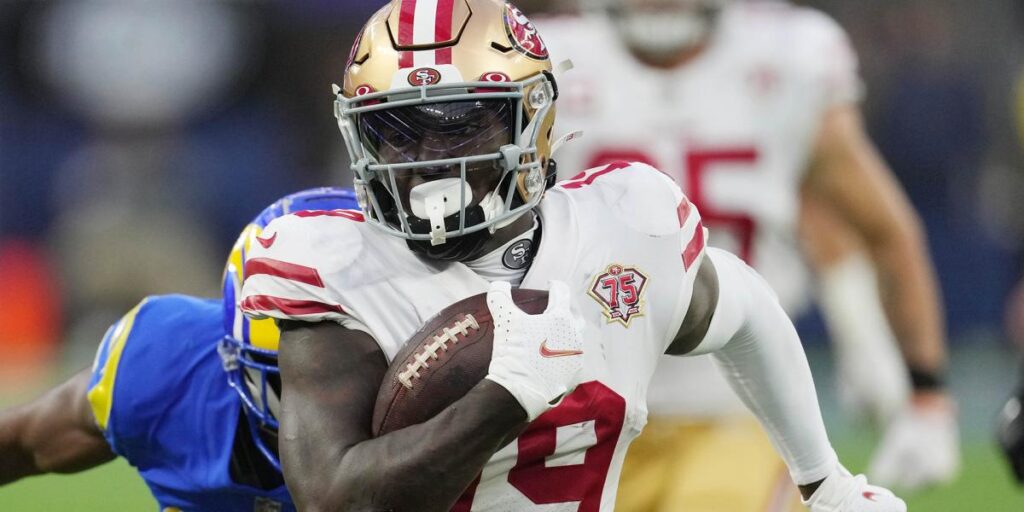