In early 2018, something in our cosmic backyard blasted out powerful jets of energy for up to a minute about once every 18 minutes for three months.Then it stopped.Despite being one of the brightest radio objects in the sky, it went unnoticed until a team of astronomers looked back at data collected by the Murchison Widefield Array (MWA) telescope in outback Western Australia.”When it is on, it is brighter than the next brightest thing in the sky in that area, which is a supermassive black hole [millions of light-years away],” said Natasha Hurley-Walker, an astrophysicist at Curtin University and the International Centre for Radio Astronomy Research.The discovery, published today in the journal Nature , sent the astronomers into a spin.”I initially expected [the object] to be something that we already knew about like the signature of a star exploding, or two stars colliding,” Dr Hurley-Walker said.But the object, located around 4,000 light-years away, was “very, very spooky,” Dr Hurley-Walker said.

“This thing was just there one minute and then gone the next.

Nothing does that, that’s crazy.” The team suspect the weird pulses came from a source that has never been seen before, such as a slow-spinning core of a dead star with a powerful magnetic field.These objects may even be the source of another mysterious cosmic phenomenon in our galaxy: fast radio bursts .

The object was discovered by Tyrone O’Doherty as part of his undergraduate honours project with Dr Hurley-Walker, using a new technique to search for things changing in the night sky.”I didn’t go into the project expecting to find anything, the goal was to see if the new technique was feasible,” Mr O’Doherty said.

He wasn’t set an easy task either.The data he sifted through came from a survey of the sky looking towards the rich centre of our galaxy, which is packed with radio emissions.Mr O’Doherty identified a list of about 100 objects for Dr Hurley-Walker and the team to follow up, but one was particularly bright.”When I discovered it …

I wasn’t aware of how significant it would be,” he said.After trawling through more data, the team detected 70 pulses of radio energy coming from the object at various times throughout the three-month period at the beginning of 2018.

“I kept going back in time and finding it over and over again,” Dr Hurley-Walker said.All the pulses lined up with an 18-minute interval, so she could predict when she would see it appear in the data.Analysis of the pulses ruled out artificial sources such as aliens (seriously) or interference by Earth-based technologies.

“All the evidence was coming in that we had a new type of radio transient that was repeating really regularly and was stunningly bright, which sort of begs the question: how did people miss these before?” Dr Hurley-Walker said.”And it’s just in our galactic backyard.” The sky is packed with radio transients, objects that produce pulses of radio emissions that appear and disappear.Most repeating sources such as pulsars — fast-spinning cores of dead stars — flash on and off within a matter of milliseconds or seconds.

But what sets this new source apart is that each flash is separated by 18 minutes.

“So what we think this is is it’s either a neutron star or a white dwarf star that has a strong magnetic field …that has become twisted or tangled,” Dr Hurley-Walker said.Highly magnetised neutron stars, known as magnetars, usually spray a beam of high energy from their poles that crosses our line of sight like a lighthouse every 10 to 20 seconds.”Except for the fact that [this object takes] 18 minutes instead of a few seconds, it looks exactly like a magnetar,” she said.”So we think it is a class of objects called an ultra-long period magnetar.”We’ve predicted that these things would exist, but nobody expected them to be detectable.” While an ultra-long period magnetar is currently the team’s best bet, another option is a white dwarf pulsar that developed sunspots, which bumped up its magnetic field.

But that is less likely according to Dr Hurley-Walker because unlike neutron stars, white dwarfs can be seen in optical and ultraviolet light so it should have been previously detected.”And then there’s a small chance that it’s just something we’ve never even thought of.” Despite searching across more than seven years of data from the MWA and following up with other radio telescopes, the mysterious object was not detected either before or after the three-month period in 2018.

But Dr Hurley-Walker and her team are continuing to follow up with observations with other telescopes such as the Chandra Space Telescope and, hopefully, Hubble, which could detect if there is a white dwarf in the area.Dougal Dobie, an astrophysicist at Swinburne University of Technology not involved with the project, said the discovery was exciting.”There are lots of things we’ve discovered with the MWA and other radio telescopes that have been ‘it’s just a matter of time before we detect this kind of thing’, but this [discovery] has come completely out of nowhere,” Dr Dobie said.While Dr Dobie agreed the object was not like magnetars we’ve found in the past, he said it was hard to come to any conclusions about the source just based on one discovery.

But, he added, now we’ve found one of these things using this new technique, we know how to find more.New telescopes such as the Australian Square Kilometre Array Pathfinder in Western Australia, MeerKAT in South Africa and eventually the Square Kilometre Array (SKA) across both continents will add more power to the search.”As we move towards the full SKA in the next decade or two, we’re not only going to be finding more of these sources, but also more and more of these unknown unknowns,” Dr Dobie said.It’s likely our galaxy is littered with these types of objects, Dr Hurley-Walker said.

“Nobody ever finds one ‘something’ in astronomy,” she said.”This is the first one we’ve found …so my plan now is to find more.” Ultra-long period magnetars are one of the leading candidates for the production of fast radio bursts, she added.”If we can find these things in our galaxy, then maybe we could figure out how fast radio bursts are generated.”And that would be a whole cosmic mystery solved.”.

Which iPhone Should You Buy (or Avoid) Right Now?

Fri Jan 28 , 2022
So you’re wondering what the best iPhone is for you.Apple has more options than ever, from the iPhone 13 Pro Max to the iPhone SE .We’re here to help you separate the marketing slogans from reality.After trying all the latest models, we outline the strengths and weaknesses of each in […] 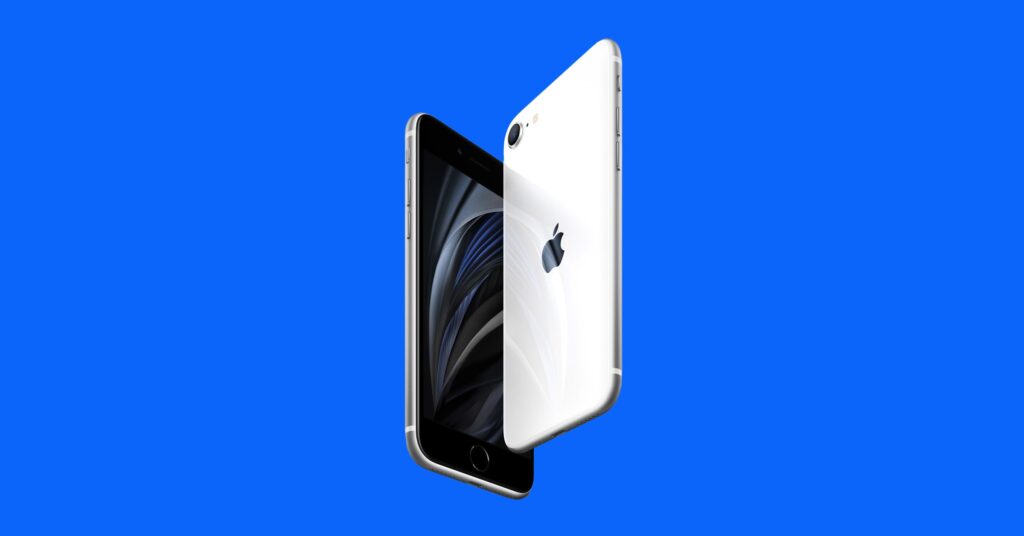