Astronomers found a spinning object emitting ultra-powerful radio waves in our ” galactic backyard .” It’s the latest in a series of mysterious radio signals that may point to new types of dead stars.Astronomers are looking for more of these signals — and hoping ones they’ve discovered will reappear.Get a daily selection of our top stories based on your reading preferences.A spinning object in our neighborhood of the galaxy is beaming powerful radio waves at Earth — and astronomers don’t know what it is .

The object is smaller than the sun and it must be spinning, because it only appears as an ultra-powerful radio signal for about one minute every 20 minutes, according to the Australian researchers studying it.The signal appeared and disappeared at this rhythm for several hours of telescope observations between January and March 2018.During its minute-long broadcasts, it was among the strongest radio signals in the sky.

“That was completely unexpected.It was kind of spooky for an astronomer, because there’s nothing known in the sky that does that,” Natasha Hurley-Walker, an astrophysicist at the International Centre for Radio Astronomy Research, who discovered the object, said in a press release .

The Milky Way as viewed from Earth, with a star icon showing the position of the mysterious repeating transient.Dr Natasha Hurley-Walker (ICRAR/Curtin) They haven’t detected it since.

Whatever the object is, it’s only 4,000 light-years away, which is in our “galactic backyard,” Hurley-Walker said.

The researchers’ best guess is that the mysterious object is the collapsed core of a dead star with an unusually powerful magnetic field.

Tyrone O’Doherty, a PhD student at Curtin University, first discovered the object in archival data that the Murchison Widefield Array telescope collected in 2018.The finding was published in the journal Nature on Wednesday.

“It’s exciting that the source I identified last year has turned out to be such a peculiar object,” O’Doherty said in the release.

A handful of ‘transient’ signals are baffling astronomers An artist’s impression of the mysterious radio signal coming from the center of the Milky Way.Sebastian Zentilomo/University of Sydney When astronomers detect a signal that appears and disappears, they know they have a dead or dying star on their hands.They call these fleeting signals “transients.”

Some transients appear suddenly and radiate radio waves for a few months before fading away.

Those are usually supernovas — massive stars collapsing and ejecting their outer layers in a dramatic death.Other transients persist in the sky, flashing on and off in mere seconds, or even milliseconds.Those are pulsars — highly magnetized cores of long-dead massive stars, spinning rapidly and emitting beams of radiation from their poles.

But no types of transient known to astronomers will appear for a full minute every 20 minutes, then suddenly disappear from the record.

The Crab Nebula — a six-light-year-wide expanding remnant of a star’s supernova explosion — as imaged by Hubble.NASA, ESA, J.

Hester and A.Loll (Arizona State University) This is the latest in a series of mysterious objects astronomers have discovered using low-frequency radio telescopes .Four other disappearing signals have come from unknown objects near the center of the Milky Way.They don’t behave like any known transients and don’t have much in common with each other, so astronomers have lumped them into a loose catchall category: “galactic center radio transients,” or GCRTs.

In their paper, the Australian researchers write that their nearby spinning object resembles one of these GCRTs , which emitted a radio signal every 10 minutes.

Another group of mysterious transients, called “fast radio bursts,” comes from other galaxies.

“Usually, when you find one object it suggests that there are probably many more out there in the universe.We just need to look for them,” Manisha Caleb, a researcher studying fast radio bursts at the University of Sydney, told Insider in an email.”If anything, this discovery shows us that there are still many unknown unknowns out there in the universe.”

There could be more mysterious objects like this one A segment of the Murchison Widefield Array in Western Australia.Pete Wheeler, ICRAR Hurley-Walker and her colleagues think their mystery object could be an “ultra-long period magnetar” — the dead core of a massive star, highly magnetized, spinning very slowly.

Scientists have never detected an ultra-long period magnetar before, but research leads them to believe they exist.

“Nobody expected to directly detect one like this, because we didn’t expect them to be so bright,” Hurley-Walker said, adding, “Somehow it’s converting magnetic energy to radio waves much more effectively than anything we’ve seen before.”

The astronomers who discovered the 10-minute GCRT also speculated that their object could be the elusive long-period magnetar.

That makes this new object an exciting discovery, Kiyoshi Masui, a physicist at the Massachusetts Institute of Technology, told NBC News : “There’s all this stuff that’s just waiting to be found.”

Hurley-Walker is monitoring the area where the object appeared, using the Murchison Widefield Array, the same telescope that first detected it.

The mystery object has not shown up in telescope data since 2018, but Hurley-Walker hopes it will switch back on again.She’s also scouring the archives for other objects like it.

“More detections will tell astronomers whether this was a rare one-off event or a vast new population we’d never noticed before,” she said.

Fri Jan 28 , 2022
Email this article Moderna announced Thursday that it’s launched early-stage clinical trials of an HIV mRNA vaccine. The biotechnology company has teamed up with the nonprofit International AIDS Vaccine Initiative to develop the shot, which uses the same technology as Moderna’s successful COVID-19 vaccine. The first participants in the Phase […] 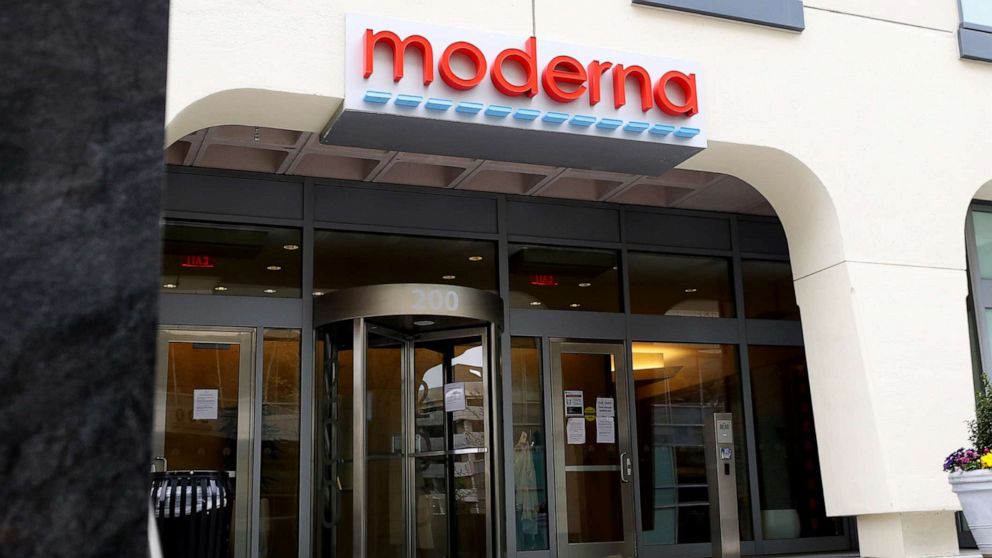