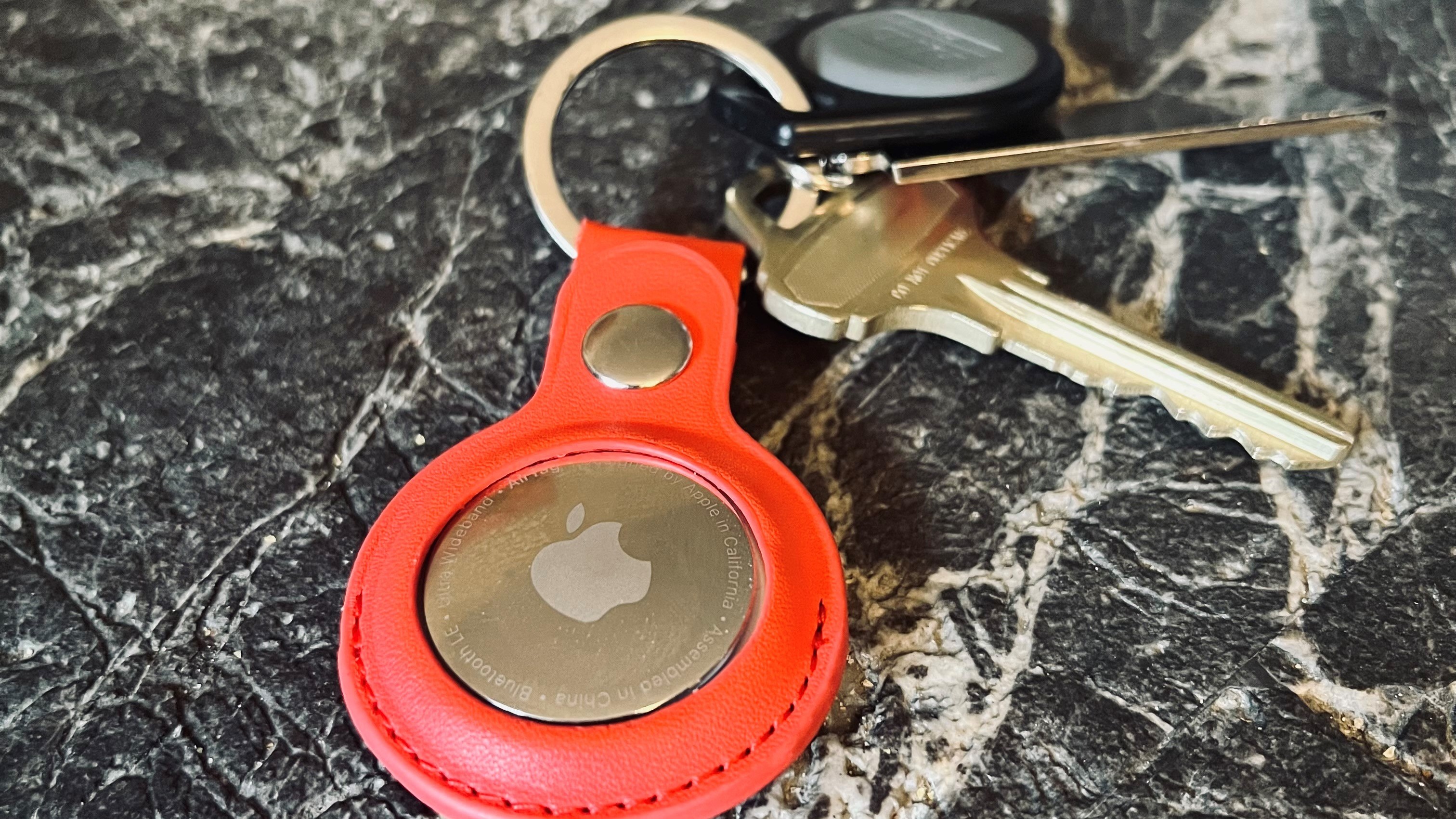 Enlarge this image Apple’s AirTags help you keep track of your things, but concerns have risen over their misuse.Michael Levitt hide caption

Apple’s AirTags help you keep track of your things, but concerns have risen over their misuse.

Michael Levitt Apple’s AirTags were billed as a cheap and easy way to track everything from your keys and wallet to your backpack, but in recent months there have been a number of reports of the small button-sized device being used by stalkers and thieves to track people.

Last December, Canadian law enforcement announced that AirTags were being found in luxury vehicles to later be stolen.Over recent months, numerous stories have also surfaced on across social media of people finding AirTags hidden in their belongings.

Hi friends.So something kinda terrifying happened to me last night—

someone attached an Apple AirTag to the underside of my front wheel well while I was inside a bar.(1/3)

— jeana jeana (@Sega__JEANAsis) December 18, 2021 @troxell15 we still don’t know where it came from or who’s it is… #airtag #sketchy #tracking #fyp ♬ original sound – Troxell In response, Apple issued a statement last week saying it was working with law enforcement on all requests and planned to roll out additional software updates to help iPhone users become more aware of and locate unknown AirTags that were following them.

“Based on our knowledge and on discussions with law enforcement, incidents of AirTag misuse are rare; however, each instance is one too many,” it said.

Old problem, new tech The idea behind AirTags is not revolutionary, but there are some notable differences in the technology from older tracking devices.

AirTags do not have a built-in GPS system and instead piggyback off the location data of nearby Apple devices by emitting a continuous Bluetooth signal, which is then viewable by the tag’s owner.

Eva Galperin is the director of cybersecurity at the Electronic Frontier Foundation and said she was alarmed even before the product’s launch last spring.

“I was concerned ahead of their release as soon as I figured out how they worked.I was concerned very shortly after they were released when I started seeing reports of stalking and being contacted by people who were being stalked using these devices,” she told NPR.

Business Looking good in the metaverse.Fashion brands bet on digital clothing This isn’t the first time a new device or technology has been used for malicious purposes, said Renee Williams, the executive director of the National Center for Victims of Crime.

“As technology becomes more sophisticated and advanced, as wonderful as that is for society, unfortunately, it also becomes much easier to misuse and abuse,” she told NPR.”I wouldn’t say that we’ve necessarily seen an uptick with the use of AirTags any more or less than any cutting edge technology.”

Williams said that what was rare was a technology company taking the issue seriously and moving to address it.

“[Apple is] not only listening to the field, but actively reaching out at times to do safety checks.

That in and of itself might sound like a very small step, but it’s rare,” she said.

It’s Been a Minute with Sam Sanders Ok.I guess we’ll talk about the metaverse.Still, Galperin thinks that Apple should have done more to protect people ahead of time.

“The mitigations that Apple had in place at the time that the AirTag came out were woefully insufficient,” Galperin said.

“I think that Apple has been very careful and responsive after putting the product out and introducing new mitigations.But the fact that they chose to bring the product to market in the state that it was in last year, is shameful.”

How to know if an AirTag is following you For Apple iPhone users, there are some safeguards in place, but for others the options are more limited.

AirTags will NOT trigger the later notification, which is most likely generated by another Apple accessory, such as AirPods.Apple hide caption

The “Unknown AirTag Detected” alert is not the same as the “Unknown Accessory Detected”.AirTags will NOT trigger the later notification, which is most likely generated by another Apple accessory, such as AirPods.

Apple Currently, iPhone users will receive a notification if an AirTag is separated from its owner and is moving with them over time — if they have an iPhone 11 or later running on iOS 14.5 or later, and they have the correct settings on.

Android users cannot receive these notifications automatically, but Apple has released an application called “Tracker Detect” that will allow them to scan for an unknown AirTag nearby.

However, Tracker Detect currently only operates when the app is open.

Anyone who is alerted to the presence of an unknown AirTag, either through Apple’s notification system or by using Tracker Detect, can trigger an audible chime to help them locate the device.

AirTags will also randomly play this chime automatically when separated from the original owner.

Sat Feb 19 , 2022
Protesters in New York City chanted “lock her up” outside the Empire State’s Democratic convention where former Secretary of State Hillary Clinton is slated to speak.Reporters with Fox News Digital caught the chants on film Thursday afternoon as Clinton entered the building to speak at the 2022 New York State […] 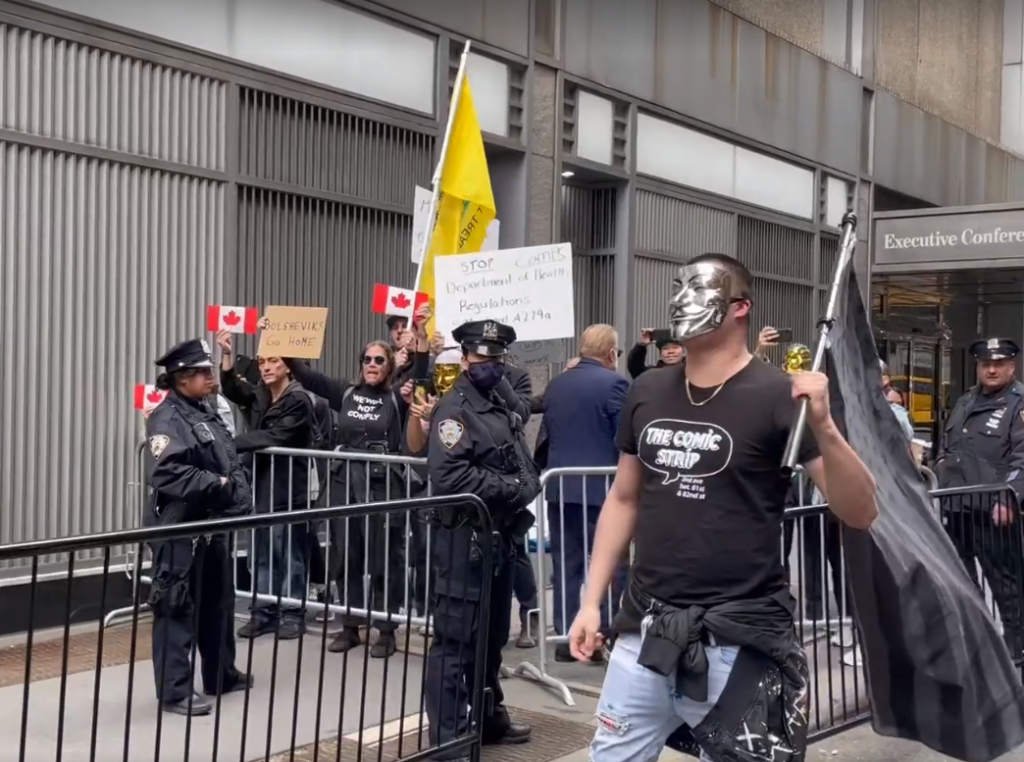