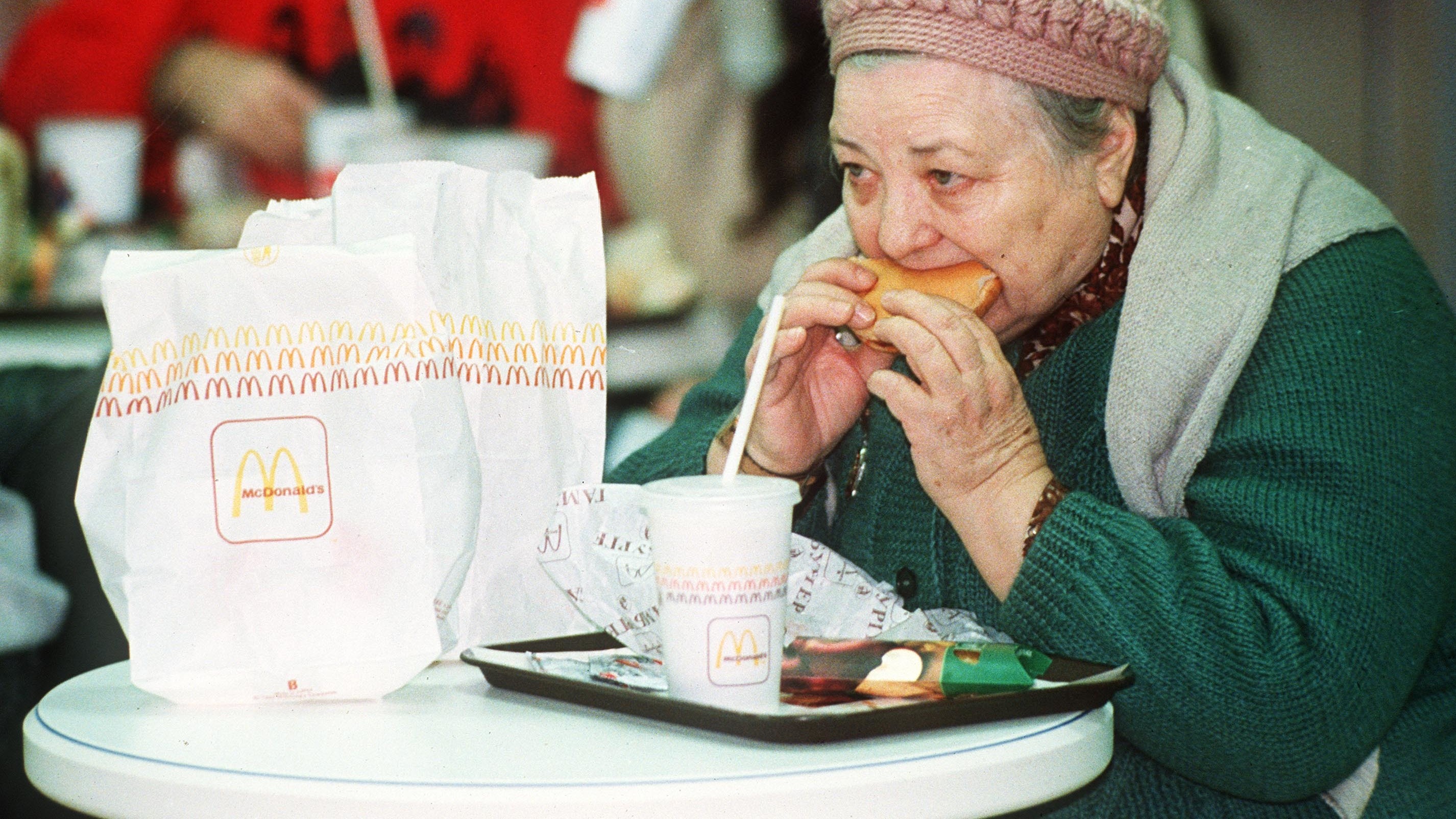 An elderly Russian woman eats a hamburger at the first McDonald’s in the then Soviet Union on its opening day in January 1990.

Rudi Blaha/ASSOCIATED PRESS A pivotal chapter in Russia’s recent history is coming to an end as many of the world’s largest and best-known companies abandon Russia after the country’s invasion of Ukraine.

It started in part with BP announcing late last month that it would end its multi-billion dollar relationship with Rosneft, the Russian oil giant.

But what started as a trickle has become a corporate exodus.This week alone, companies ranging from Coca-Cola to Goldman Sachs have announced they are cutting their ties with Russia.

Business McDonald’s, Coca-Cola, PepsiCo and Starbucks join a corporate exodus from Russia Perhaps no decision to leave had more symbolic significance than one McDonald’s made.This week, it decided to pause its operations in Russia.The company will temporarily close its restaurants in 850 locations across the country.

Many Russia experts say the exodus does more than reinforce the country’s isolation over its decision to invade Ukraine.

It marks a return, at least for now, to the time when Russia was part of the Soviet Union, and it was largely shut out of the global economy.

“It’s really a shocking reversal,” says Daniel Treisman, a professor at UCLA who specializes in Russian politics and economics.

Russians wait in line outside a McDonald’s fast food restaurant in Moscow in 1990.

Anonymous/ASSOCIATED PRESS It all started with McDonald’s Many Russians and outside observers have an indelible memory of January 1990, when the first McDonald’s restaurant served its first customers in Moscow, on Pushkin Square.

Russia was still part of the Soviet Union at the time and it marked one of the first glimpses of a country that was starting to open up its economy.

Thousands of curious customers lined up on opening day for Big Macs and fries.

It was a spectacle at first, but the restaurant became a kind of landmark.

In the months and years that followed, as the twilight of the Soviet Union gave way to the dawn of a new Russia, just about every major multinational followed in the fast-food chain’s footsteps.

General Motors made cars in the country, which also became an important market for motorcycle manufacturer Harley-Davidson.Apple sold iPhones there, and in 2007, Starbucks opened its first store in Moscow.

Enlarge this image Cars produced by General Motors are on display at the ground-breaking ceremony of a GM plant in Shushary, on the outskirts of St.Petersburg, Russia, on June 13, 2006.Misha Japaridze/AP Misha Japaridze/AP

Cars produced by General Motors are on display at the ground-breaking ceremony of a GM plant in Shushary, on the outskirts of St.Petersburg, Russia, on June 13, 2006.

According to Treisman, the departure of these companies, on top of the wide-ranging sanctions imposed by the U.S.and dozens of its allies, will have a profound effect on Russia’s economy.

McDonald’s says it plans to continue paying its 62,000 workers, but other companies have not made the same commitment.So, unemployment is likely to surge.In January, before the war, the jobless rate was 4.3%, according to Russia’s Federal State Statistics Service.

Since the invasion, the value of the country’s currency has fallen more than 40 percent against the U.S.

dollar; one ruble is now worth less than one cent.

The currency’s collapse will fuel widespread inflation, and that will lead to more hardship.

The Russian economy will be impacted in other ways Russia’s isolation also raises other big challenges to its economy.

“It’s not just the question of statistics of the economy shrinking a couple percentage points, or inflation going up a couple of percentage points,” says Chris Miller, an historian at The Flectcher School at Tufts University.”The rapid de-globalization of the Russian economy that was built over almost a third of a century is being reversed in just a matter of a couple of weeks.”

Russia has come to rely heavily on imports.

In the third quarter of 2021 ⁠— the most recent quarter for which data are available, the country imported around $77 billion worth of goods, according to data from the Bank of Russia, its central bank.

People line up to get inside the first IKEA store opened just outside Moscow, in this March 22, 2000 file photo.

And just like in the Soviet days, the domestic industry is not evolved enough to step up.

“Russia’s entire industrial economy is going to face wrenching difficulties as they try, and in many case fail, to find alternatives to Western products,” Miller says.

“Russia has gotten access to foreign consumer goods, and also a lot of technology and expertise from Western firms,” he adds.”All that has been thrown into a very rapid reverse.”. 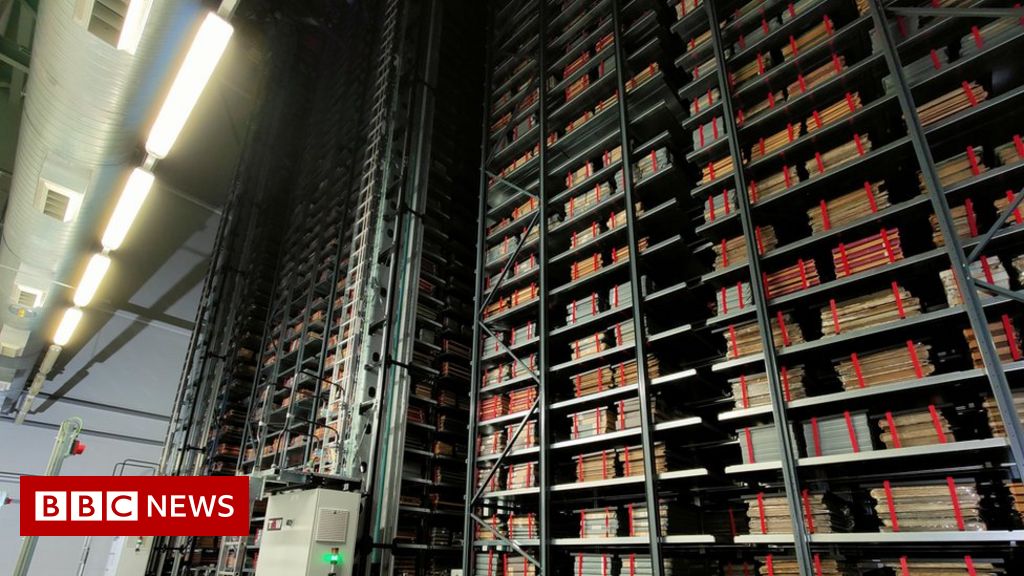