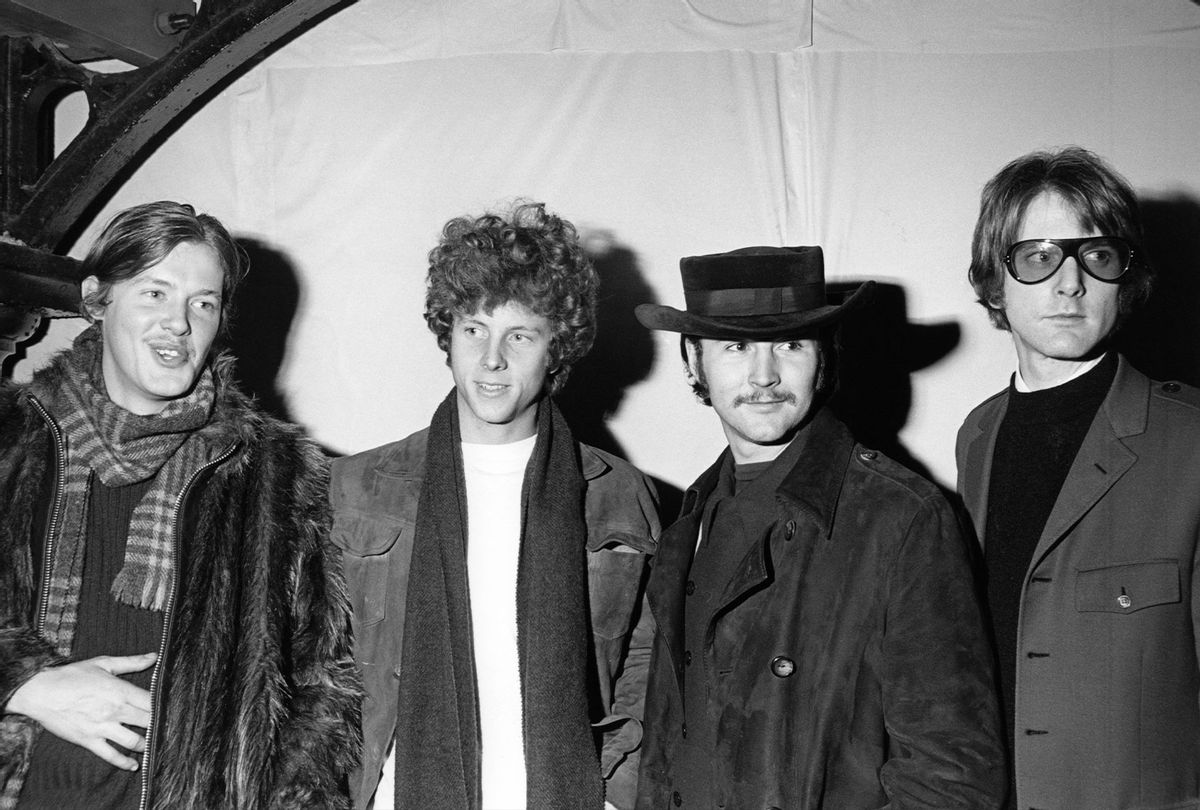 In late December, Tom Petty ‘s Twitter account resurfaced a 1985 live clip of Petty and his band the Heartbreakers running through their take on The Byrds’ “So You Want to Be a Rock ‘n’ Roll Star.” The troupe are in peak live form, all tightly coiled jangle and easygoing confidence, as they breeze through the single.

In fact, Petty makes achieving stardom sound easy.”So you wanna be a rock ‘n’ roll star/Well, listen now, hear what I say/Just get an electric guitar, and take some time and learn how to play,” he sings, assuming a soothing tone resembling a road-worn sage giving advice to a younger musician.Even a potential snag is glossed over with aplomb.When he warns, “And in a week or two, if you make the charts, the girls will tear you apart,” the look on his face is halfway between terrified and delighted.

In the buoyant hands of Petty and the Heartbreakers, “So You Want to Be a Rock ‘n’ Roll Star” is a blueprint for stardom.Over the years, however, the song has been covered dozens of times, shapeshifting into a sentimental elegy, a mission statement, cutting social commentary, and even an aspirational anthem.

The Byrds’ original take, released on January 9, 1967, itself is part cautionary tale, part amusement at ever-shifting musical trends.”We were thumbing through a teen magazine and looking at all the unfamiliar faces and we couldn’t help thinking: ‘Wow, what’s happening …all of a sudden here is everyone and his brother and his sister-in-law and his mother and even his pet bullfrog singing rock ‘n’ roll,'” leader Roger McGuinn said in a 1973 interview with ZigZag.

RELATED: Runnin’ down the dream with Tom Petty: Author Warren Zanes on the rocker’s legacy

The lyrics put forth a simple equation (get a guitar, learn to play it, look the part) but then warn about the consequences of fame: fickle audiences, the business side of things, personal sacrifice.There’s an undercurrent of dehumanization to all of this: Becoming famous involves “sell[ing] your soul to the company,” which hawks “plasticware”— the idea of rock-star-as-commodity the Byrds emphasize further with these lines: “Don’t forget what you are/You’re a rock & roll star.”

However, in the same ZigZag interview, McGuinn downplayed the song’s reputation for being bitter.

“So we wrote ‘So You Want to Be a Rock ‘n’ Roll Star’ to the audience of potential rock stars, those who were going to be, or who wanted to be, and those who actually did go on to realize their goals.”

The song was supposedly partly inspired by beloved TV band-turned-real-life superstars the Monkees — a comparison some perceived as an unflattering one.(For what it’s worth, that the song was potentially meant as a Monkees slight was news to the late Peter Tork , who told Rolling Stone in 2007, “Nobody ever said anything like that to me.I took it at face value.”)

In the book “Canyon of Dreams: The Magic and the Music of Laurel Canyon,” both McGuinn and Hillman refuted the notion “So You Want to Be a Rock ‘n’ Roll Star” meant to insult the Monkees.McGuinn referred to the song as a “satire” of the music business churn-and-burn mentality, while Hillman directly said the song “wasn’t personal against the Monkees” but instead was “against the process, how contrived it was, as a take-off on ‘A Hard Day’s Night.’ …Michael Nesmith was a damn good musician.Good writer and good singer.And the rest of those guys could handle their chores.”

Want a daily wrap-up of all the news and commentary Salon has to offer? Subscribe to our morning newsletter , Crash Course.

Musically, “So You Want to Be a Rock ‘n’ Roll Star” also heralded a new chapter for the Byrds.Bassist/vocalist Chris Hillman started to take on more songwriting duties starting in this era, and generated musical ideas for this song initially when doing a session with the influential South African jazz trumpetist Hugh Masekela.

McGuinn added his take when he and Hillman convened.”I showed Chris a riff on the guitar and he liked it,” he said in 2015.”We wrote the whole thing in an afternoon, just as a tongue-in-cheek song.”

The result is yet another prickly psychedelic folk classic from the Byrds, with airtight harmonies and riffs that unfurl with delicious, blurry tension.Masekela also contributes a cool, liquid solo atop the song that cuts through any bitterness and adds an air of sophistication.

Perhaps unsurprisingly, “So You Want to Be a Rock ‘n’ Roll Star” quickly became a favored cover.In the years following, The Move, Nazareth and Black Oak Arkansas all put their spin on it.

More notably, Patti Smith Group’s 1979 album “Wave” opens with a barnstorming cover of the song.In the “Wave” liner notes, Smith recalls hearing the song for the first time: “It seemed to say that in this field of honor, sooner or later everybody gets hurt and I just didn’t believe it.” However, these words were placed under a photo of her brother Todd Smith with some facial damage, courtesy of a skirmish with Sex Pistols’ Sid Vicious.

With this context, “So You Want to Be a Rock ‘n’ Roll Star” becomes a maelstrom of conflicting emotions: impatience with bad behavior, skepticism at fame, righteous anger, a desire to do things better.Smith adds lyrics (“It’s all a vicious game/You’re a little insane”) and subtly switches up words from the Byrds’ original.

In this 1979 version, stardom looks like a uniform — “When hair’s combed right/And your pants are tight” — whereas the Byrds describe the pants as being “too tight,” a sacrifice for fame.

Tellingly, instead of singing “Don’t forget what you are/You’re a rock & roll star,” she hollers, “Don’t forget who you are/You’re a rock & roll star.” In one reading, the latter might be worn like a badge of honor; here, it can feel like a sarcastic dig toward someone living up to all the bad cliches of fame.A 1979 Patti Smith Group live take is cathartic and urgent, however.More than that, it’s a reclamation of excess and them planting a flag for rock ‘n’ roll stardom done their own way.

Whether this promise can ever be fulfilled continues to be a thorny question.Decades later, artists are still grappling with the balance of stardom and self.For example, at 1999 live shows, Counting Crows sang several lines of “So You Want to Be a Rock ‘n’ Roll Star” to preface their big hit “Mr.Jones,” reinventing the taut, jangly original as a minor-chord folk-rock dirge.Hearing frontman Adam Duritz pleading the line “Learn how to play” in a mournful, keening voice at Woodstock 1999 felt very on the nose.Sometimes when stardom does happen, it leads to an ill-fated festival notorious for everything but the music.

Right before Tom Petty did his cover, R.E.M.

performed “So You Want to Be a Rock ‘n’ Roll Star” with Roger McGuinn for a 1984 MTV special on folk rock.The pairing made sense: R.E.M.was frequently compared to the Byrds, and guitarist Peter Buck took at least some inspiration from McGuinn.”When the band started playing, definitely he was a role model for how to take simple chords, really, and turn them into something really melodic and interesting in the song, trying to combine the rhythm with a melodic line,” Buck told Salon in 2016.”He was an important guitar player for me.”

Through a modern lens, the performance is illuminating.At the time, R.E.M.were known as a supremely confident, freewheeling live act.On Halloween 1983, the band covered “So You Want to Be a Rock ‘n’ Roll Star” with frenetic energy.

Months later, with McGuinn present, the vibe was different.The seasoned musician was clearly in charge: He was all business, no-nonsense, a steely look of concentration on his face as he sped through the song’s stair-step melodies.R.E.M.vocalist Michael Stipe in particular is deferential, partly no doubt to make sure he’s following McGuinn’s (brisk) lead.But the message was clear: Maybe “So You Want to Be a Rock ‘n’ Roll Star” was meant to be tongue-in-cheek as written — but perhaps there was something to musicians following The Byrds’ lead and carving out fame on their own terms and merits.

– [Year of the Monkees: How the once-maligned “Pre-Fab Four” came out on top – and cemented their legacy]

– [Peter Tork: “The Monkees songbook is maybe the third best”]

– [“Lyric writing is not easy”: Michael Stipe looks back on creating REM’s “New Adventures of Hi-Fi”]. 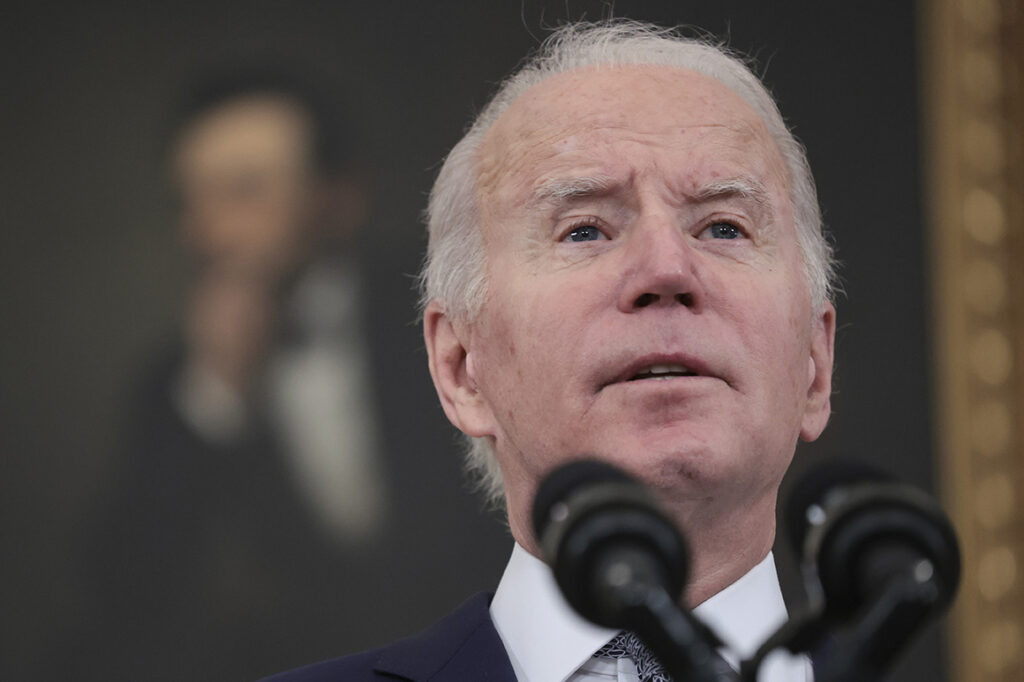