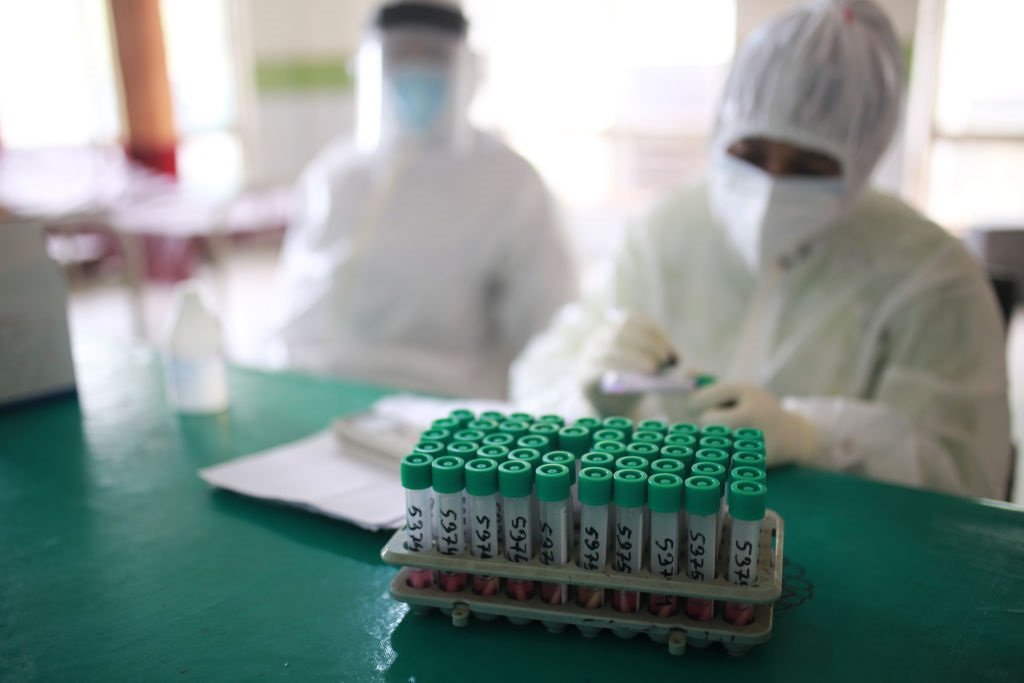 – CSIR researcher Dr Ridhwaan Suliman says 12 million people in South Africa who are still susceptible to further Covid-19 infection have the potential to create an epidemic.

– This means SA is not yet hitting the “endemic” phase.

– Suliman echoed Absa’s recent prediction that the fifth wave could be approaching soon.

South Africans should expect the fifth wave of Covid-19 infections towards the end of April or early May.This is according to Dr Ridhwaan Suliman, the senior researcher at CSIR who was speaking at the SA Healthcare Industry Summit on Wednesday.

Suliman and the CSIR join a growing number of institutions predicting that the fifth wave will arrive sooner rather than later.

Earlier this month, Fin24 reported that Absa said it expected the fifth wave to strike as soon as April.The banking group had increased Covid-19 provisions for its insurance business by a further R330 million, though it said death claims in the fourth wave were much lower than expected.

The bank used R701 million to cover claims in the third and fourth waves.But it was optimistic that the fifth wave might – like the fourth wave – also see a decrease in the proportion of severe cases, with a potentially less severe impact on insurers.

Two years after the pandemic entered SA shores, President Cyril Ramaphosa on Tuesday announced further easing of Covid-19 regulations, confirming that the state of disaster would be lifted soon.A new code on managing Covid-19 in the workplace is also in the pipeline .But Suliman believes South Africa is not yet out of the woods.

He said based on CSIR’s estimates, some 12 million people are susceptible to further infection because they don’t have prior immunity.

So, while the world is starting to talk about the pandemic becoming more stable, like a common cold, the immunologically naïve population means South Africa isn’t approaching the endemic phase yet.

“Those 12 million on their own could still create an epidemic,” said Suliman.

As the pandemic stays with us for a little longer, Suliman and other speakers in the Summit foresee a fifth and sixth wave.

Some say there may be even more waves of infection past the sixth one.

And the longer the virus stays with us, the more it will mutate.

And the fifth wave will likely be driven by a new variant that will outcompete Omicron as the dominant cause of infections in SA.

He said that while it was possible for the next variant to be more severe and more transmissible, it was unlikely.

Regarding the fifth wave, Suliman said the trends in South Africa over the past two years have been fairly predictable.Each of the four waves have been separated by about three months between them.

Dr Fareed Abdullah, the director of the Office of AIDS and TB Research at the South African Medical Research Council, said underlying T cell immunity has been consistent across all the variants.

T cells are a group of immune cells that can target and destroy virus-infected cells.So, the higher immunity levels in SA, through prior infections and vaccinations, bode well for less severe future waves.

“It would have to be a very, very unusual virus to end up with a scenario where the virus evades T cell immunity, and we haven’t seen that yet,” he said.

Abdullah added continuing to vaccinate the part of the population that has not taken the jabs was crucial because in countries with low immunity rates, like in Hong Kong, even Omicron proved to be a deadly wave.

Abdullah said in Steve Biko Academic Hospital, where he works, Covid-19 patients currently under ventilation are only those who have not vaccinated.

Had SA achieved at least an 80% vaccination coverage rate by the time the fourth wave hit, Covid-19 deaths would have been a fraction of what the government reported during that wave.

Get the biggest business stories emailed to you every weekday.

Wed Mar 23 , 2022
American women are giving up skinny jeans for looser-fitting styles.Sales of straight-legged jeans surpassed skinny in the US in 2021, according to figures from NPD.Skinny jeans have been a wardrobe staple for decades and dominated sales.Sign up for our weekday newsletter, packed with original analysis, news, and trends — delivered […]