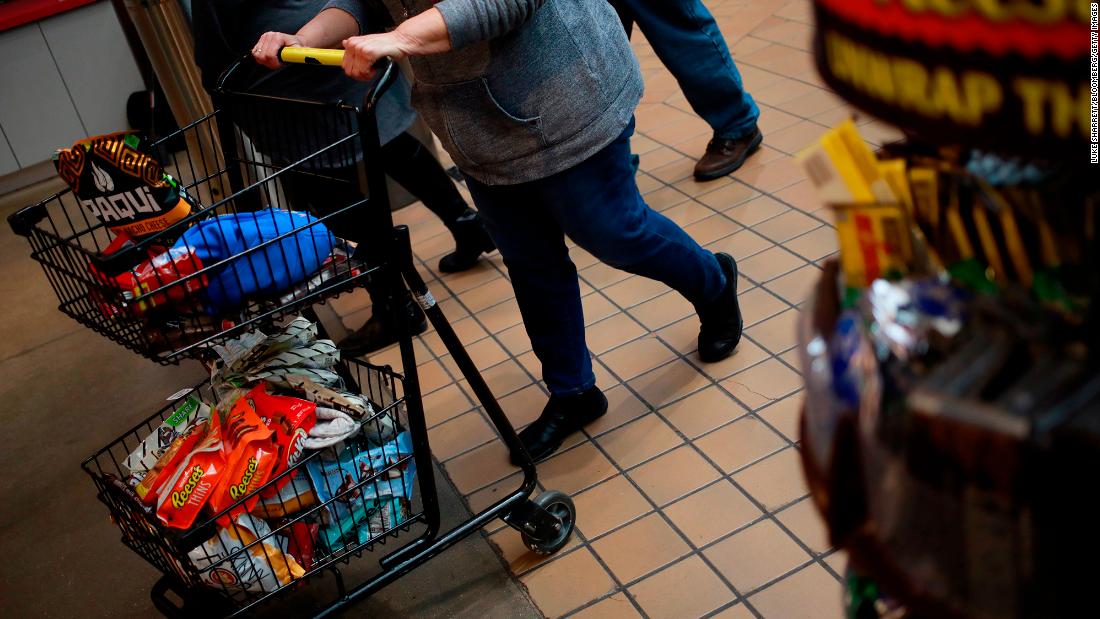 New York (CNN Business) There’s no denying it: Inflation is here.Consumer prices surged 7% over the past year.Housing prices have continued to soar, too.But the question on the minds of many economists and Wall Street strategists is whether something even worse could be in the cards: prices rising as the economy slows.

That’s the textbook definition of stagflation , and it would be the worst nightmare for consumers, investors and the Federal Reserve.Not to mention President Joe Biden and the rest of the Democratic leadership in Washington.Just ask former president Jimmy Carter, who lost to Ronald Reagan in his 1980 re-election bid as the economy suffered from surging gas prices.

Stagflation is a difficult problem to overcome , especially for central bankers at the Fed and around the rest of the world.

There are few tools to combat both inflation and a slowdown at the same time.The strongest fix for an economic slump is to lower interest rates, but those have been at near zero for almost two years.Raising rates to fight inflation, as the Fed has signaled it may soon do , could slow the economy.That’s a major concern right now in the United Kingdom, where central bankers raised rates last month to combat higher prices.Rate hikes also tend to put more pressure on long term bond yields, which have already risen in anticipation of the Fed’s moves.Those tend to be partly inflationary because they make it more expensive to borrow money.Read More This is the worst inflation in nearly 40 years.

But it was so much worse back then The good news is that the economy is still growing at a healthy clip as it recovers from the pandemic recession.

And even if the Fed does begin to hike interest rates, it is unlikely to do so at such a rapid pace or scale that it would do too much damage to the economy in the near-term.”There’s enough stimulus in the system to not worry about the ‘stag’ part of this equation for many quarters to come,” Jim Reid, global head of thematic research at Deutsche Bank, said in a report last week.Economic hiccup or could Omicron cause another slowdown? However, growth did slow in the third quarter , raising some alarm bells.The market is expecting that the economy bounced back in the fourth quarter and will continue to do so through 2022.

Still, lingering supply chain worries and surging cases of the Omicron variant of Covid-19 could throw a wrench into the recovery hopes.That increases the chances that the Fed could misjudge the moment and tighten policy too aggressively if it starts to worry about the price stability (inflation) part of its dual mandate instead of the maximum employment (jobs) part.”There’s always the risk of a policy error.The Fed is carrying a monetary policy nuclear football with them, so there is a potential for a mistake,” said Kristina Hooper, Invesco’s chief global market strategist.

That said, Hooper is not overly worried that Fed chair Jerome Powell is about to make a major monetary flub.Oil prices climb to two-month high “You always want to be vigilant about something like stagflation, but we don’t have high unemployment right now and economic growth is above trend,” she added.”Do we run the risk of stagflation in a rising rate environment? Yes, but it’s unlikely.” The Fed is in uncharted territory.Central bankers have had to deal with many crises in recent decades, but there is no modern playbook for how to handle the threat of runaway inflation following a global pandemic.

“The Fed’s monetary policy framework is essentially being tested in real time,” said John Leer, chief economist with Morning Consult, a data intelligence firm.”There is not a lot of guidance.” Spending still strong despite inflation At this point, it appears that rising prices are more a source of consumer complaints and alarmist headlines and not — as yet — a serious economic concern.

That’s why experts say investors need to watch and see if consumers actually slow their spending because of inflation.That’s when it would be the time to worry about stagflation.”Consumers may get to a point where they’re not going to pay higher prices and that causes demand destruction.We’re not there yet,” said Mike Skordeles, US macro strategist with Truist Financial.”Stagflation could be a concern if higher prices persist for an extended period of time.” Skordeles also thinks the stagflation worries are “misplaced” right now because growth is still relatively strong and the market has confidence in the Fed.

So as long as retail sales remain robust, the case can be made that although shoppers may not be grinning about inflation, they are bearing it for now..

Fri Jan 14 , 2022
As we enter the third year of the COVID-19 pandemic and case numbers break previous record highs , billionaire Microsoft cofounder-turned-philanthropist Bill Gates sees a potential end in the near future.”Once Omicron goes through a country, then the rest of the year should see far fewer cases,” Gates told University […]