Berlin has seized control of a Germany-based unit of Russian natural-gas giant Gazprom.

Germany’s economy minister announced the seizure in a statement on Monday.

The move came after the ministry of economic affairs learned that Gazprom Germania had been acquired by JSC Palmary and Gazprom export business services LLC — but it wasn’t clear who the owners behind the two companies were, per the statement.

Germany’s economy ministry justified the takeover by saying it had not granted permission for the Gazprom Germania acquisition.Permission is required, the ministry said, if the investors are not from the European Union and “critical infrastructure” is involved.

“The Federal Government is doing what is necessary to uphold security of supply in Germany,” economy minister Robert Habeck said in the statement.”This also includes not exposing energy infrastructures in Germany to arbitrary decisions by the Kremlin.The proper conduct of business in Germany must be ensured.”

The company is “of outstanding importance for the gas supply,” said the Germany economy ministry.

Germany’s federal energy regulator, the Bundesnetzagentur, will serve as the temporary trustee of Gazprom Germania until September 2022, the economy ministry said in the statement.

Russia’s war in Ukraine has prompted concerns over Germany’s energy security.Last week, Germany activated an emergency plan to deal with disruptions to its natural-gas supply after Russian President Vladimir Putin demanded payment in rubles and threatened shutting off Russian gas to Europe altogether.

Germany is now in the “early warning phase” of its energy emergency plan, with Berlin calling for all energy consumers — both industry and households — to save energy and reduce consumption.If the situation worsens, the country might ration gas in the last of the three-stage plan, with industry first in line for power cuts, as outlined by Germany’s economy ministry .The move could devastate the economy and lead to job losses.

Berlin was also considering expropriating Gazprom assets by forcing the giant to sell its gas-storage facilities across Germany, Politico reported Friday, citing a government official and two other people briefed on the plans.

Russian gas accounted for 55% of Germany’s gas imports in 2021 and 40% of its gas imports in the first quarter of 2022, Reuters reported.The country has pledged to end the use of Russian gas by 2024, the Habeck said in a March 25 press release.

Gazprom did not immediately reply to Insider’s request for comment, sent outside regular business hours.

Who Is Gautam Adani, Newest Member of the $100B Club?

Wed Apr 6 , 2022
Gautam Adani’s wealth exceeded $100 billion for the first time on April 1, 2022, according to Bloomberg’s Billionaires Index.Adani founded Adani Group, which works across sectors including energy, mining, and port management.Adani reportedly dropped out of university to work as a diamond sorter before moving into business.Sign up for our […] 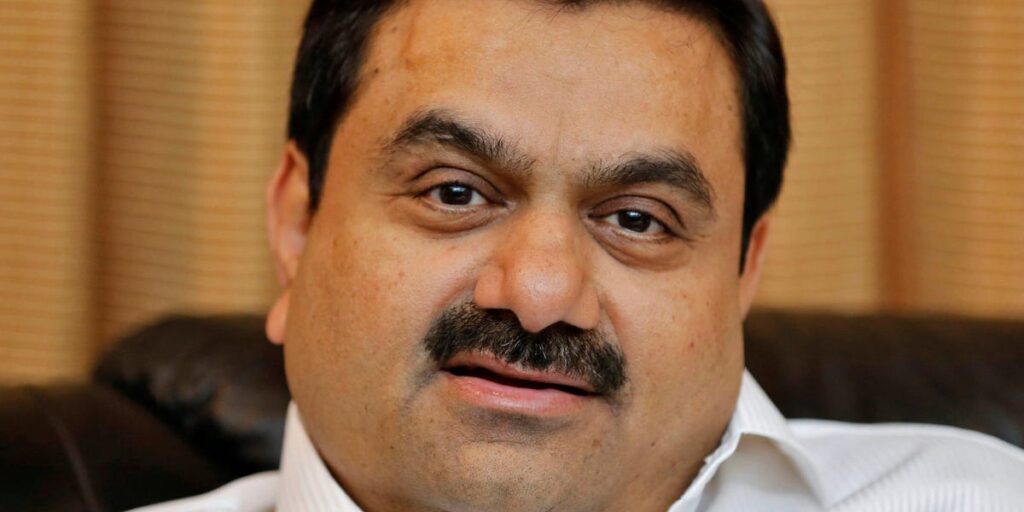