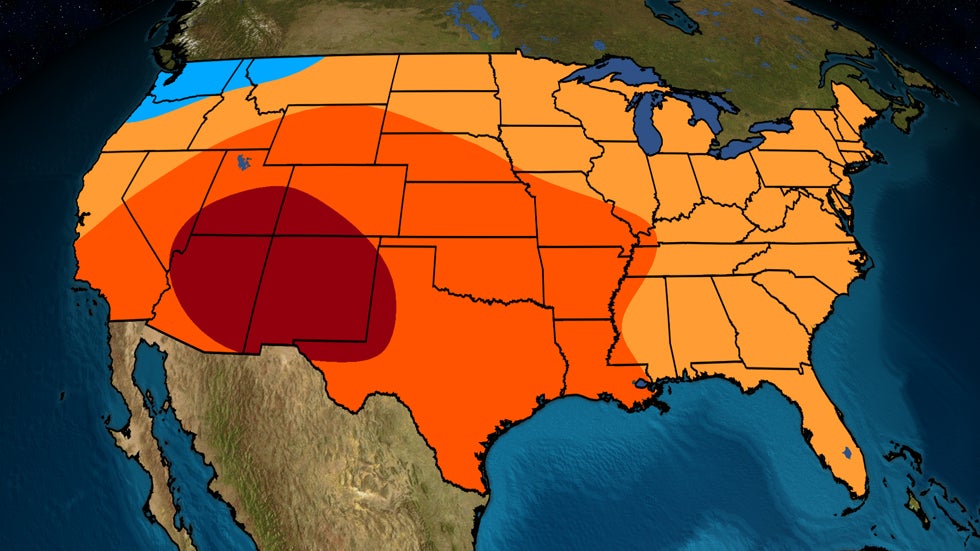 – The Southwest into the Southern Plains are expected to be hotter than average in April, May.

– Late-spring could be near, even slightly below average in parts of the East.

– June might turn up the heat for many parts of the Lower 48.

Temperatures through the rest of spring are expected to be most above average in the Southwest and Southern Plains, but that heat could expand to a much larger area of the country by June, according to the latest outlook from The Weather Company, an IBM Business and Atmospheric G2.

Above to much above average temperatures are favored from the Southern and Central Plains into the Southwest, when looking at the whole three-month period from April to June.

Keep in mind this outlook is an overall three-month trend.That means we could see periods that are hotter or cooler in each respective region of the country when compared to what is shown.

With that in mind, let’s break down the latest outlook, month by month.

The forecasts for April and May are similar.

Both of them show that odds are tilted toward hotter than average conditions in the Southwest and the adjacent Southern Plains states from California to Texas and Oklahoma.

Widespread drought conditions encompass much of these regions right now, which is one reason for tipping the scales toward hotter than average temperatures in these areas.Dry soil heats up faster than moist soil when all other factors are equal.

Slightly cooler than average temperatures in the Northwest are also a consistent trend in the outlook for both April and May.

The greatest uncertainty in the forecast for these two months is in portions of the upper Midwest, Great Lakes, Northeast and Southeast.

That’s where temperatures could lean slightly below average in some locations.The hedge toward a possible cooler regime in these areas is related to a sudden stratospheric warming event (SSW) near the North Pole.

“The impending late SSW and/or early final stratospheric warming may skew things towards more blocking in April and May, lending a little more credence to tweaking things a bit colder,” said Todd Crawford, director of meteorology at Atmospheric G2.

An SSW event can have a domino effect on weather patterns in lower levels of the atmosphere where we live.One of those effects is the increased northern Atlantic high-pressure blocking that Crawford mentions, which can force cooler air into the eastern U.S.

It’s uncertain how much, if any, impact this SSW will have on our weather patterns deeper into spring.We could see the likelihood of cooler-than-average temperatures in the East either increase or decrease depending on the specific outcome.

The forecast for June turns up the heat for a broad portion of the Lower 48.

Much of the U.S.is expected to have hotter than average conditions heading into the first month of summer.

Areas from the Midwest to the Central Plains and Rockies could have temperatures that are hottest relative to average.

A consensus of forecast models showing dryness in these areas is one reason for the sweltering forecast to kick off summer, according to Crawford.

Subscribe to The Weather Channel Premium app for an early look at the full forecast for the summer ahead.

The Weather Company’s primary journalistic mission is to report on breaking weather news, the environment and the importance of science to our lives.

This story does not necessarily represent the position of our parent company, IBM..

Brittney Griner's detention in Russia extended until May 19 - CBS News 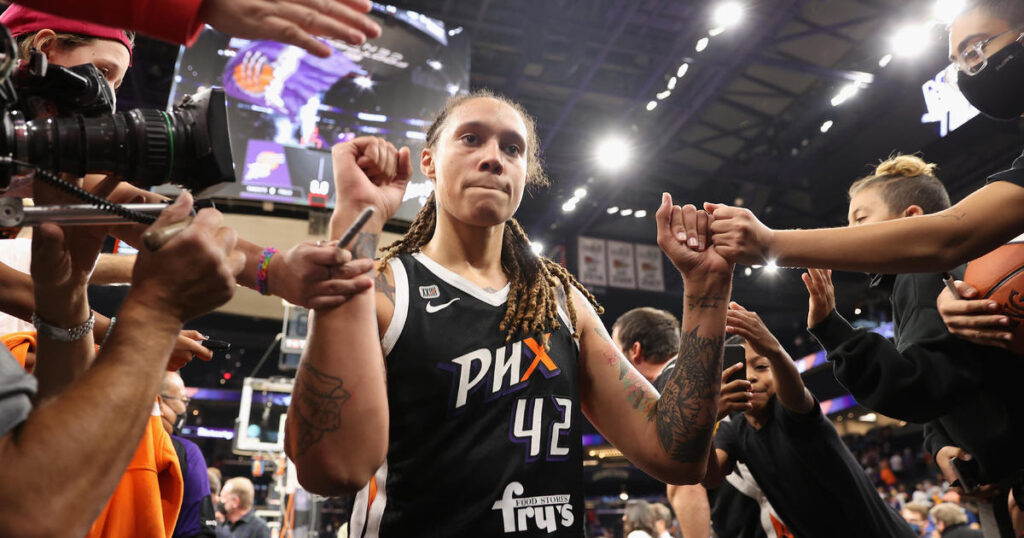