Despite big companies like Apple, Exxon, Ford, Disney and Visa ordering a suspension of their businesses in Russia as a result of the Ukraine invasion, other major firms won’tstop their operations inside Russia.

Here’s a list of some of the key companiesstill operating in Russia:

The Washington Examiner noted some critics of Coca-Cola’s dealings inside Russia have compared the soft drink giant’s posture with its condemnation of the U.S.state of Georgia in March 2021,when Gov.Brian Kemp signed into law voting reform legislation.

Back then, Coke’s CEO James Quincy had denounced the measure as “unacceptable” and a “step backward.”

“This legislation is wrong and needs to be remedied, and we will continue to advocate for it both in private and …even more clearly in public,” he had said.

At the time, former President Donald Trump had issued a statement calling for a boycott of “woke companies” that oppose the law, including Coca-Cola.

Now, as a result of it continued business operations in Russia, #BoycottCocaCola was the number one trend across the U.S.on Twitter Friday afternoon.

And the demands for a boycott are not just targeting Coke.

Referring to the companies still doing business in Russia, the Mirror newspaper noted calls to boycott these firms are growing.

British politician John Mann, tweeted: “If Mcdonalds and Starbucks continue to sell in Russia then an international boycott of their products should” be instigated.”

Meanwhile, the Daily Mail reported that New York state comptroller Thomas DiNapoli, who serves as chief of the state’s pension fund, singled out Pepsi and McDonald in a letter on Friday.

DiNapoli maintained that companies “need to consider whether doing business in Russia is worth the risk during this extraordinarily volatile time.”

“Russia’s unprovoked invasion of Ukraine and its highly unpredictable foreign policy are a threat to the global economy.

“We’re encouraging the companies we invest in to do a risk analysis and determine what is in the best interests of their company and their shareholders.”

Wed Mar 9 , 2022
TORONTO — Multiple media reports suggest the Ontario government is set to announce the lifting of mask mandates in most indoor settings today. The Toronto Star and the CBC, citing sources close to the government, say the mandates will end in schools, restaurants and stores on March 21. Dr.Kieran Moore, […] 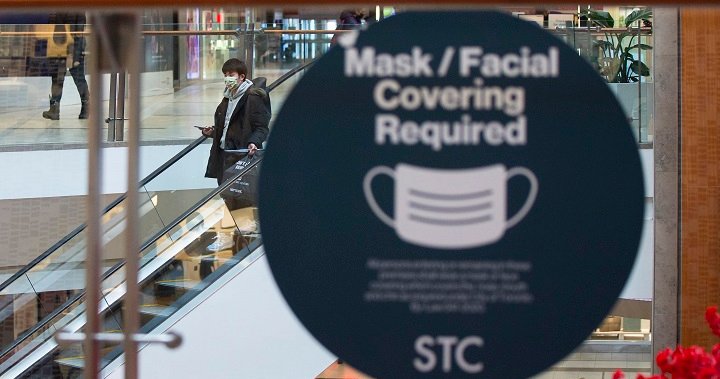