This weekend, I noticed that my PS5 and Switch were literally collecting dust — and realized that’s because I’ve been playing my games almost exclusively on Xbox Game Pass instead.The service has an incredible wealth of titles; in just the past couple weeks, I’ve finished Hellblade: Senua’s Sacrifice , unpacked boxes in Unpacking , tried and failed to get invested in Mass Effect Legendary Edition , watched my wife deliver mail in Lake , and am currently living out my Jedi dreams in Star Wars Jedi: Fallen Order .I can check out new games almost as easy as hitting play on a Netflix show, too, thanks to the recently added ability to stream titles from the cloud.

But now that Microsoft is paying $68.7 billion to acquire Activision Blizzard — the company’s biggest buy in history — it’s going to be even harder for other gaming companies to pull me away from Game Pass as its power and influence grow.

It acquired Skyrim -maker Bethesda Softworks , Tim Schafer’s Double Fine , and the studio behind the Forza Horizon series to bolster its roster of developers and, importantly, the number of games it can exclusively offer on Game Pass.With its priciest $15-a-month plan, Microsoft lets you play many Game Pass games on many non-Xbox devices via the cloud, too — a useful option at a time when new Xbox consoles are hard to come by .

With Activision, Microsoft would get a huge stable of hit games that could make the already-great Game Pass nearly unbeatable, particularly if Microsoft were to withhold them from other platforms like Sony’s PlayStation.Perhaps the most obvious potential addition is the hugely popular Call of Duty series — Activision CEO Bobby Kotick has already indicated that a streaming Call of Duty could be in the cards.But it doesn’t stop there: Blizzard’s Overwatch 2 could become an Xbox console exclusive on Game Pass.

Microsoft could decide to bring back Guitar Hero .And, of course, Blizzard can easily bring early hit PC games like Warcraft and Starcraft to the PC side of Game Pass, too.These are only a few of the possibilities on the table, and I’m sure Microsoft is thinking about many more.

A guide to Microsoft’s Xbox game studios empire Game Pass is such a big part of Microsoft’s gaming strategy that my colleague Tom Warren argued in July 2020 that Game Pass is the company’s true next-gen Xbox .And that was before Microsoft’s big deals for Bethesda and Activision.The company’s huge investments and focus have put Microsoft leagues ahead of any competition, and it’s looking increasingly tough for anyone to catch up.

Sony’s subscription efforts for PlayStation, for example, don’t offer day-and-date access to the company’s biggest exclusive games, which is arguably Microsoft’s biggest advantage with Game Pass.Even though Sony is reportedly planning to merge its PlayStation Plus and PlayStation Now services into a Game Pass competitor , Bloomberg’s Jason Schreier, who scooped the existence of Sony’s plans, says you still shouldn’t expect it to have Sony’s biggest games the day they’re out.

That means you might have to pay full price to play God of War: Ragnarok when it releases, while Game Pass subscribers won’t have to drop a dime extra to play Starfield .

This new service, expected in the spring, will likely retain the “PlayStation Plus” branding.

Don’t expect Sony to include its big new games day one like Game Pass does, but the expectation is a stronger offering than PlayStation Now

— Jason Schreier (@jasonschreier) December 3, 2021 Sony also has ground to make up in cloud gaming.The company had a major head start, buying cloud gaming startup Gaikai in 2012 and launching cloud gaming with PlayStation Now in 2015, but Sony has largely squandered its lead .Sure, PlayStation Now lets you stream back-catalog PS4, PS3, and PS2 games, but with Game Pass, you can stream new Microsoft games like Halo Infinite and Forza Horizon 5 .And in a weird twist of corporate cooperation, Sony is relying on Microsoft for the future of its cloud gaming after the two tech giants announced a partnership in 2019 .

Nintendo is even further behind.Nintendo Switch Online (NSO) does let you play some of the company’s very best older games, but only on a Nintendo Switch system — unlike Game Pass, you can’t play those games on your PC or your phone.

To relive the glory days of Nintendo 64 games, you have to pay $30 extra annually for the premium tier .NSO doesn’t offer cloud gaming at all, though Nintendo does sell cloud versions of some third-party games, such as the three mainline Kingdom Hearts titles and Control .And while possible, it seems extremely unlikely that Nintendo will offer day-and-date releases for its upcoming titles in the near future on NSO; you will almost certainly have to buy the sequel to The Legend of Zelda: Breath of the Wild on its own when it comes out.

Other gaming subscription services also don’t pose much competition to Microsoft.One of the best is perhaps EA Play, but that’s already included with an Xbox Game Pass Ultimate subscription .

Ubisoft has its own take, Ubisoft Plus, and while it isn’t bundled with Game Pass, Ubisoft is planning to bring the service to Xbox in the future .Apple and Google also offer gaming subscriptions, and even Netflix is getting into games , but all have a limited selection right now, and all are focused on gaming on phones.

Microsoft arguably leads in cloud gaming, too At one point, cloud gaming seemed like a way other companies might offer potentially great Netflix-like subscriptions, but that just hasn’t come to pass.Google had promising plans with Stadia, but it decided that investing in original content wasn’t worth it and shut down its in-house game development studios .Amazon’s Luna — which is still in early access more than a year after its initial launch — relies on other publishers for content, and the only publisher contributing major games is Ubisoft (which runs its own Ubisoft Plus channel that costs a separate subscription fee).

Nvidia’s GeForce Now is technically impressive, especially its new RTX 3080 tier , but the company has struggled with publishers over rights to content .Cloud gaming services from companies like Walmart , Verizon , EA , and Comcast have fallen by the wayside.Microsoft, on the other hand, has found success offering cloud gaming as a perk instead of relying on the technology as the core of its subscription.

To succeed, cloud gaming needs to disappear Microsoft’s huge investment in Game Pass and studios like Activision could help it upend the traditional console business that’s been largely dominated by Sony and Nintendo.All three companies have fought for players’ attention for years with exclusive games from first-party studios that are available only on their respective consoles.

You have to buy the right hardware to be able to experience the exciting new games everyone is talking about.But with Game Pass, you could play Halo Infinite , one of Microsoft’s biggest games of 2021, on day one with just your laptop, an Xbox controller, and a good internet connection — no expensive console required.

That scenario is in line with things Microsoft Gaming CEO Phil Spencer has said before.“I don’t need to sell any specific version of the console in order for us to reach our business goals,” he told The Verge in 2019 , when the Xbox Series X was codenamed Project Scarlett and Xbox’s cloud gaming wasn’t out yet.

“In the end, how many subscribers you have to something like Game Pass, how many games people are buying, those are much better metrics on the health of the business.”

Right now, Microsoft is competing for more exclusive games for Xbox at an unheard-of scale — the nearly $69 billion Activision deal is set to be more than double Microsoft’s previous largest — and making those games easier to play than ever by adding them to that widely-accessible Game Pass subscription.

Microsoft is making the gamble that Game Pass is the future of the gaming industry.Even if it’s wrong, the company will have an impressive roster of new Xbox games.But if it’s right, the Activision deal could give it a huge lead..

Thu Jan 20 , 2022
With the announcement of its intention to buy Activision Blizzard for almost $70 billion , Microsoft has rearranged its gaming arm, creating a Microsoft Gaming division with Phil Spencer at its head.In emails to staff reproduced by The Verge , both Microsoft CEO Satya Nadella and newly-minted Microsoft Gaming CEO […] 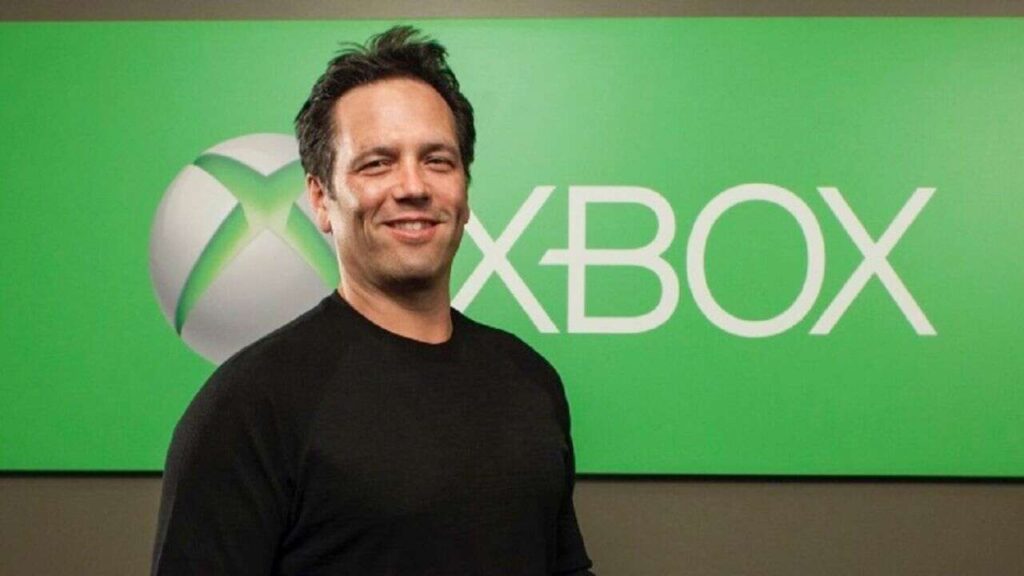