It is not a coincidence that hospital beds have been in alarmingly short supply during multiple stretches of the pandemic.

Instead, according to a new book by The New York Times journalist Peter S.Goodman, the shortage was the byproduct of wealthy investors—often billionaires—who seized on health care as a lucrative money spigot.

Goodman argues that private equity investors accumulated huge influence in the sector over a period of decades, then intentionally reduced the supply of beds in order to boost the prices they could charge.

“By the time the pandemic arrived, the United States had 924,000 hospital beds, down from nearly 1.5 million in the mid-1970s,” Goodman writes in the book, titled, Davos Man: How the Billionaires Devoured the World .

“In New York City, eighteen hospitals had closed since 2003, resulting in the loss of more than twenty thousand beds, and leaving the nation’s most populous metropolitan area exposed during a surge in demand for medical care.”

As one illustration of private equity’s dominance, Goodman writes that just two firms, KKR and Blackstone—each helmed by at least one billionaire—came to control subsidiaries that “employed roughly one of every three medical personnel working inside American emergency rooms.”

He offers myriad examples of the firms allegedly incentivizing doctors to prioritize profits over patient care, including the astonishing case of a physician employed by a Blackstone subsidiary who lost his job when he publicly criticized safety practices at his hospital.

(The firms have pushed backed on these allegations.Blackstone told Goodman that some of the claims were “completely false.”)

Health care, Goodman claims, is merely one industry dominated by the ultra-wealthy, a group personified by what he calls the “Davos Man.”

He argues that wealth consolidation and many other of capitalism’s negative consequences are not merely an unhappy coincidence, but often the result of carefully engineered policies that favor the super-rich.

The impact is global and pernicious.“I came to see their wealth and their rigging of the system as not the only [factor], but the single most important factor in explaining the rise of right-wing populism,” Goodman told The Daily Beast on Wednesday.

Below, Goodman talks more about his reporting process, the billionaires most prone to performative philanthropy, and the hypocrisies of even the most well-intentioned “Davos Man.”

Custom House This interview has been edited and condensed.

The Daily Beast : How did you originally conceive of this project?

Goodman : I was based in London when I started this book, and I arrived in the middle of Brexit.And I found myself really interested in what people called “right-wing populism,” the rise of the right in Italy, France, and Germany, and even in the supposed bastion of democratic socialism in Sweden.I was really interested in what was causing it, and the commonality seemed to be a degradation of the social safety net for people who were in trouble, and at the same time the concentration of wealth at the top among people who were highly educated and had special skills and were getting the lion’s share of the gains of capitalism.

And then there’d be this backlash.

How did the core thesis of “Davos Man” emerge?

I went to Davos in January of 2017, and I was struck by how the organizers were clearly trying to signal that, “We get it, inequality is a really important story.”

I decided to do a story where I sampled what these guys thought we should do so that the pitchforks didn’t show up at their houses.And it was everything except for stuff that would actually stop the problem—everything that involved no sacrifice at all.So like Ray Dalio, who was then worth, I think, $17 billion, is going on about, “We need to strip away regulations so that the animal spirits are unleashed and it’s easier for people to make money.” Arianna Huffington, who I worked for for a couple years, had just launched this new Thrive website, and was saying, “Oh, people need to sleep more and meditate more and put on the right moisturizers.” So I started to put together a book.

What did you make of the Davos summit itself? How did people conduct themselves?

I found myself seeing the forum as a place where the billionaire class crafts its narratives for itself.It’s not that they expect us to believe that they’re going to the top of the mountain—as though pharmaceutical executives are gathering in Davos to try to understand why drug prices are so unaffordable.They know we’re not that stupid.But they are empowered themselves by the process of being there.And so I wanted to understand what narratives they are crafting, and how does that ultimately intersect with the policies that they engineer to perpetuate their own wealth and protect themselves against redistribution?

How did the pandemic change your reporting process?

To be perfectly honest, when the pandemic started, I was nervous that my moment had passed.

I put the project away for a couple of weeks.And then I came to see that actually, it was stronger when there was a pandemic that was actually heightening all the inequalities.

Do you think any of these billionaires are sincere about their ambitions to improve the world? Or is there some level of hypocrisy or contradiction across the board?

Take somebody like [Salesforce founder] Marc Benioff , who I think deserves props for actually running a significant philanthropic enterprise, and who actually has engineered his company to have impact in the ways in which he desires.

Yet it has paid zero in federal taxes more than once.Then somebody like Stephen Schwarzman.Clearly, Schwarzman has invested a lot of his money figuring out how to change the rules to rig the system to put the boondoggles in place in the tax code.

You write in the book that Schwarzman’s private equity firm, Blackstone, may have helped make America less prepared for the pandemic.How so?

You can’t hang it all on Schwarzman.

But I think you can hang it on private equity in general, which figured out that Americans are spending ungodly amounts of money on health care—something like $3 trillion a year—and they wanted a piece of the action.

And they essentially start aggregating medical practices.They buy up hospitals.And then they do what investors do when they enter a new arena: They look for ways to boost pricing power.And the classic way you do that is you shut down capacity.So in the 25 years before this pandemic shows up in the United States, we lose something like a third of our hospital beds.

I don’t think there’s any question that our health care capacity was compromised going into this pandemic because people like Steve Schwarzman, very savvy investors, very good at cutting costs, very good at boosting profits, injected the incentives of making money into a sphere that’s about a lot more than that.

Many of the characters in the book don’t emerge looking great.Did any of them speak with you?

The one actual interview I got was with Benioff.We had a very long phone call and some text exchanges that were very useful.

And then the rest of these guys I’ve seen over the years.

But honestly, a lot of it was just looking at videos that are just lying out there in daylight that I guess most people don’t really bother to watch.I was really struck by Benioff saying last year that CEOs were the heroes of the pandemic.I don’t think that really got reported.

What character did you find most striking, or perhaps hypocritical, while you were reporting?

I think the most interesting, complex character to me is [BlackRock chairman Larry] Fink.Because Fink is clearly a genius.

I mean, it’s not an accident that he has managed to build up a pile of assets worth more than $10 trillion.Yet I think his story of stakeholder capitalism is very self-serving and leaves out lots of stakeholders, not least labor, even when he’s trying to take credit for coming up with this revolutionary idea that maybe employers should be nice to their employees.

It was a similar play in Argentina , where in the middle of the pandemic while he’s cheerleading stakeholder capitalism, he’s personally squeezing the crisis-hit country—with its medical system overrun, with homeless people in the streets, with hungry people who can’t even get enough food—and he’s squeezing this country that he invested in.And yet he’s acting as if this is not some sort of contradiction with his principles.I mean, I find that that’s certainly worth meditating on.

There were lots of astonishing anecdotes throughout the book that could only have taken place in the distant galaxy of the uber-rich.

What most stuck out to you?

I mean, the way [one worker] put it to me, “We’re putting sex toys into boxes, baking goods, video game consoles.And by the way, there’s personal protective equipment going into boxes for the people who are paying for it.Amazon’s just not going to remove it to protect their own warehouse workers.”

He definitely is.He’s built this incredible machine that satisfied consumer demand, no question about it.

I think we’re prone when we see stuff like [Bezos’ comments], or like Benioff saying CEOs were leaders in the pandemic, to think, ‘Oh, that’s a gaffe.’ That’s not a gaffe.That’s a worldview.They’re proud of this.They thought about this.Those are the talking points: “We’re the heroes and you’re along for the ride and you’re welcome.”.

Tue Jan 25 , 2022
Netflix’s epic Kanye West documentary, “ Jeen-yuhs : A Kanye Trilogy,” will unfold in three feature-length parts, as the subtitle promises.(The first part premiered Sunday in the Sundance Film Festival, and gets a one-night theatrical release Feb.10; the whole thing will unspool on successive Wednesdays on Netflix, starting Feb.16.) But […] 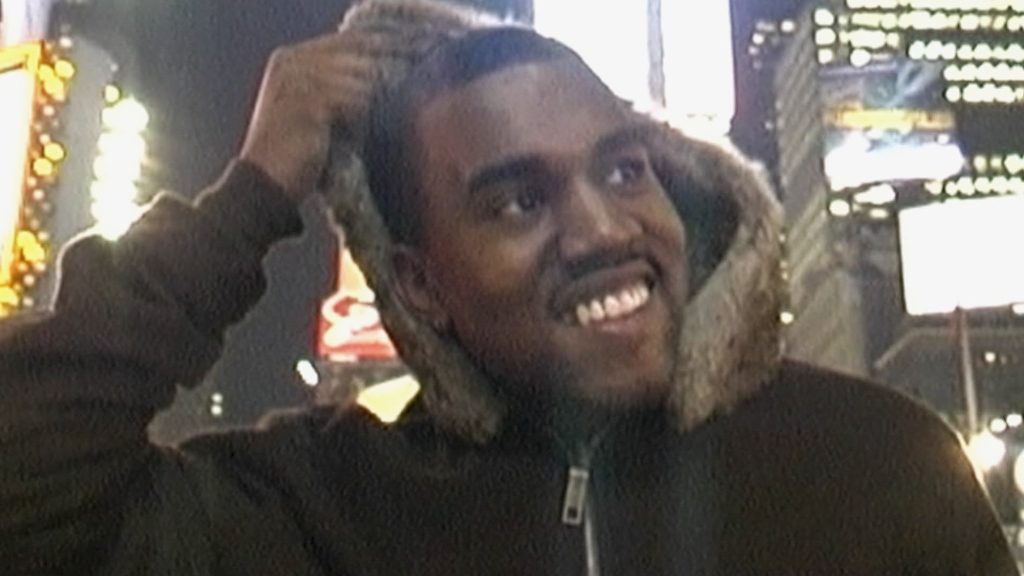