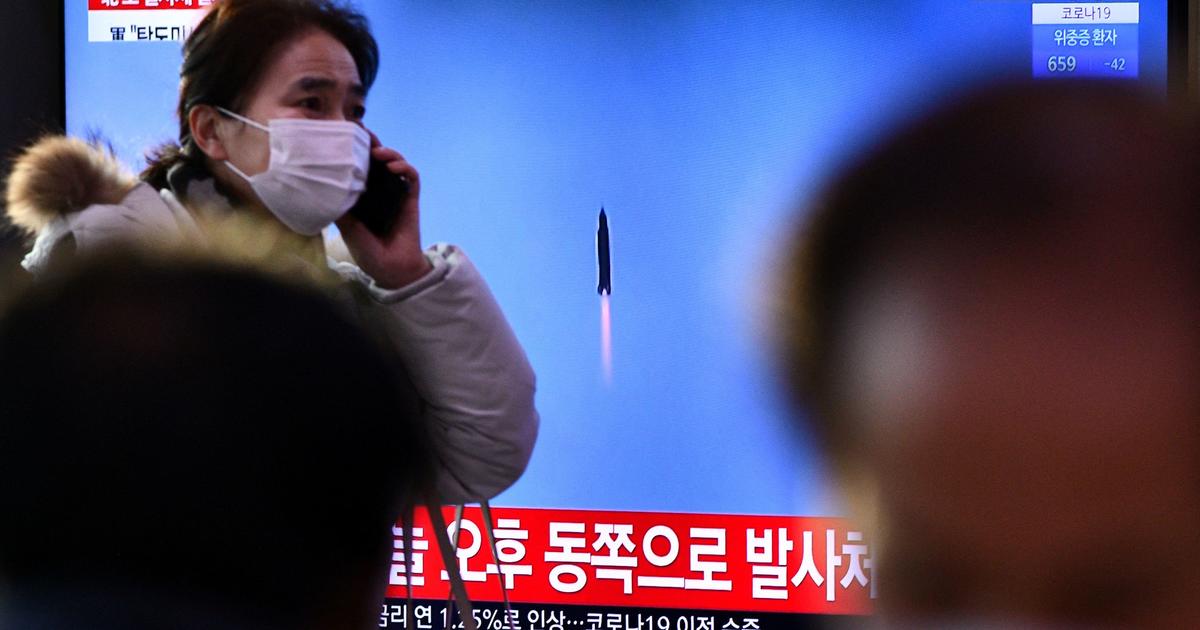 North Korea on Monday fired two suspected ballistic missiles into the sea in its fourth weapons launch this month, the U.S.and its allies South Korea and Japan said, with the apparent goal of demonstrating its military might amid paused diplomacy with the U.S.and pandemic border closures.

South Korea’s Joint Chiefs of Staff said the North likely fired two ballistic missiles from an area in Sunan, the location of Pyongyang’s international airport, but didn’t immediately say how far they flew.Japan’s government also reported the suspected ballistic missile launch from North Korea, which it called a threat to peace and security in the region.

“These launches are in violation of multiple U.N.Security Council Resolutions and pose a threat to the DPRK’s neighbors and the international community.We remain committed to a diplomatic approach to the DPRK and call on them to engage in dialogue,” the spokesperson said, using the acronym for North Korea’s formal name, the Democratic People’s Republic of Korea.

Japanese Prime Minister Fumio Kishida instructed his government to do its utmost to gather information about the launch and ensure the safety of vessels and aircraft.Japan’s Coast Guard issued a warning for vessels traveling around Japanese waters to watch out for falling objects, but no immediate damage was reported.

The launch came after the North conducted a pair of flight tests of purported hypersonic missiles on January 5 and 11, and also test-fired ballistic missiles from a train Friday in an apparent reprisal over fresh sanctions imposed by the Biden administration last week for its continuing test launches .

Pyongyang has been ramping up tests in recent months of new missiles designed to overwhelm missile defenses in the region.

Some experts say North Korean leader Kim Jong Un is going back to a tried-and-true technique of pressuring the U.S.

and regional neighbors with missile launches and outrageous threats before offering negotiations meant to extract concessions.

A U.S.-led diplomatic push aimed at convincing North Korea to abandon its nuclear weapons program collapsed in 2019 after the Trump administration rejected the North’s demands for major sanctions relief in exchange for a partial surrender of its nuclear capabilities.

Kim has since pledged to further expand a nuclear arsenal he clearly sees as his strongest guarantee of survival, despite the country’s economy suffering major setbacks amid pandemic-related border closures and persistent U.S.-led sanctions.

His government has so far rejected the Biden administration’s call to resume dialogue without preconditions, saying that Washington must first abandon its “hostile policy,” a term Pyongyang mainly uses to describe sanctions and combined U.S.-South Korea military exercises.

Last week, the U.S.Treasury Department imposed sanctions on five North Koreans over their roles in obtaining equipment and technology for the North’s missile programs in its response to the North’s earlier tests this month.

The State Department ordered sanctions against another North Korean, a Russian man and a Russian company for their broader support of North Korea’s weapons of mass destruction activities, and the Biden administration also said it would pursue additional U.N.

sanctions over the North’s continued tests.

The announcement of the sanctions just came hours after North Korean state media said Kim oversaw a successful test of a hypersonic missile on Tuesday, which was the country’s second test of the system in a week, and claimed that the weapon would greatly increase the country’s “war deterrent.”

The North also on Friday fired two short-range ballistic missiles from a train in an apparent retaliation against the fresh U.S.sanctions tied to the hypersonic tests.

Friday’s test came hours after the North’s Foreign Ministry issued a statement berating the Biden administration over the new sanctions and warned of stronger action if Washington maintains its “confrontational stance.”

Snail noodles go viral in China during the pandemic. But the dish is a bit … funky

Tue Jan 18 , 2022
Snail noodles go viral in China during the pandemic.But the dish is a bit …funky LIUZHOU, China – It’s fermented.It’s stinky.It’s delicious.And during the pandemic, it’s become a national sensation. The dish is snail noodles, or luoshifen. “A lot of people were looking for crazy, smelly, ridiculous things to eat.” […] 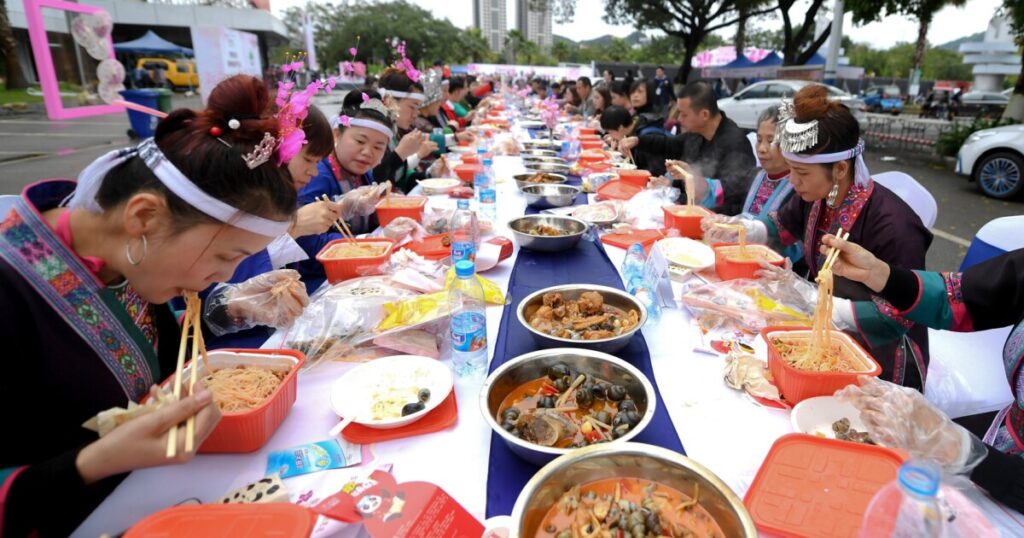