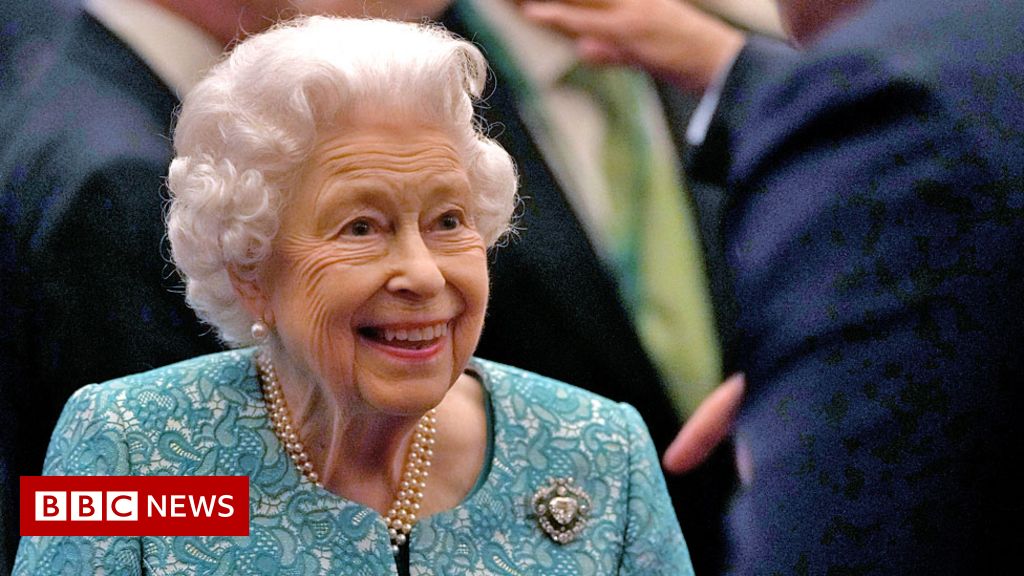 Related Topics Platinum Jubilee of Elizabeth II Image source, Getty Images Image caption, The Queen will be 96 when the main Jubilee celebrations kick off in June Stars including Ross Kemp and Gareth Southgate are hoping to break the record for Britain’s biggest ever national party as part of the Queen’s Jubilee celebrations.

The first ever national Thank You Day was held last year for people to thank those in their community – and is returning for a second year.

It is being held on Sunday 5 June to coincide with the Platinum Jubilee.

Actor Kemp said if more than 10 million people take part, it will be a record.

Although there are no official figures, estimates suggest 8.5 million people joined celebrations for the last Jubilee in 2012, while 10 million people attended street parties to celebrate the wedding of Prince Charles and Princess Diana in 1981.

The Queen’s Silver Jubilee in 1977 also saw thousands of parties held across the UK – with 4,000 in London alone.

Celebrations revealed for Queen’s Platinum Jubilee What do people buy the Queen for her Jubilee? “We want to get as many people as possible to get out into the community with friends and families and let’s have a party,” Kemp told BBC Breakfast.”You can bring wine and cheese if you wish, but this is not a business meeting, this is a party.”

The star added: “77 was a big one for me.I can remember it being such a special time, such a joyous time.Friends and family.I lived in a close in Essex and everybody came to it, everybody came.

“We want as many people as possible to get involved.And if we make it over 10 million, then that is a national record.

“It’s history, she is our history.So we’re celebrating that.”

Organisers say the idea behind National Thank You Day this year is for people to show their appreciation of both the Queen and each other – and to get together with neighbours to share a Big Jubilee Lunch.

It is being backed by institutions and groups including the NHS, FA, National Lottery Community Fund, Royal Voluntary Service, the Scouts and the Church of England.

Lisa Hunter, who is helping to plan the events, urged people hoping to hold street parties or local celebrations to speak to their local authority about road closures.

A four-day UK bank holiday weekend from 2 to 5 June is being held to celebrate the Queen’s Platinum Jubilee – to mark her 70 years on the throne.

Other events being planned include a competition to create a new pudding, pageants and parades.

Last year’s National Thank You Day in July – the first one – saw events take place across the country including an interfaith ceremony at Coventry Cathedral and 1,000 roses handed out in Bradford.

Members of the public are invited to create a dish to dedicate to the Queen’s reign.

From 12 to 15 May , more than 500 horses and 1,000 performers will take part in a 90-minute show at Windsor Castle, taking the audience on a journey through history from Elizabeth I to present day.

The first day of the long weekend is Thursday 2 June and will see Trooping the Colour held in full for the first time since the pandemic.There will be more than 1,400 parading soldiers, 200 horses and 400 musicians taking part.Tickets are available to the public from next week on this site .

Also that day, Platinum Jubilee beacons will be lit in more than 1,500 locations across the UK, the Channel Islands, Isle of Man and UK Overseas Territories.For the first time, the capital cities of Commonwealth countries will also light beacons.

On Friday 3 June – the second day of the Bank Holiday weekend – a Service of Thanksgiving for the Queen’s reign will be held at St Paul’s Cathedral.

On Saturday 4 June the Queen will be joined by members of the Royal Family at the Derby, held at Epsom Downs.There will also be a Platinum Party at Buckingham Palace, with members of the public invited to apply to attend a live concert.

Performers have yet to be named, but it is billed as bringing together some of the world’s biggest stars to celebrate the most significant moments from the Queen’s seven-decade reign.The ballot for UK residents to secure tickets will be launched in February.

On Sunday 5 June people across the country will be invited to sit down together to take part in the Big Jubilee Lunch, with street parties held across the UK.

That day’s events will also include the Platinum Jubilee Pageant, which will feature 5,000 people from the UK and the Commonwealth performing around the area of Buckingham Palace.The palace promises “pomp and ceremony, street arts, theatre, music, circus, costumes as well as cutting-edge visual technology”.

Primary and secondary school children are invited to create a picture of their hopes and aspirations for the planet over the next 70 years.

A selection of these will be transferred on to silk flags, which will carried by secondary school pupils in the pageant.

And there will also be a National Thank You Day.

In July , three displays marking the Queen’s accession to the throne, the coronation and jubilees will be put on at Buckingham Palace, Windsor Castle and the Palace of Holyroodhouse.It will include portraits as well as the jewellery and outfits worn for each occasion.

More on this story Celebrations revealed for Queen’s Platinum Jubilee