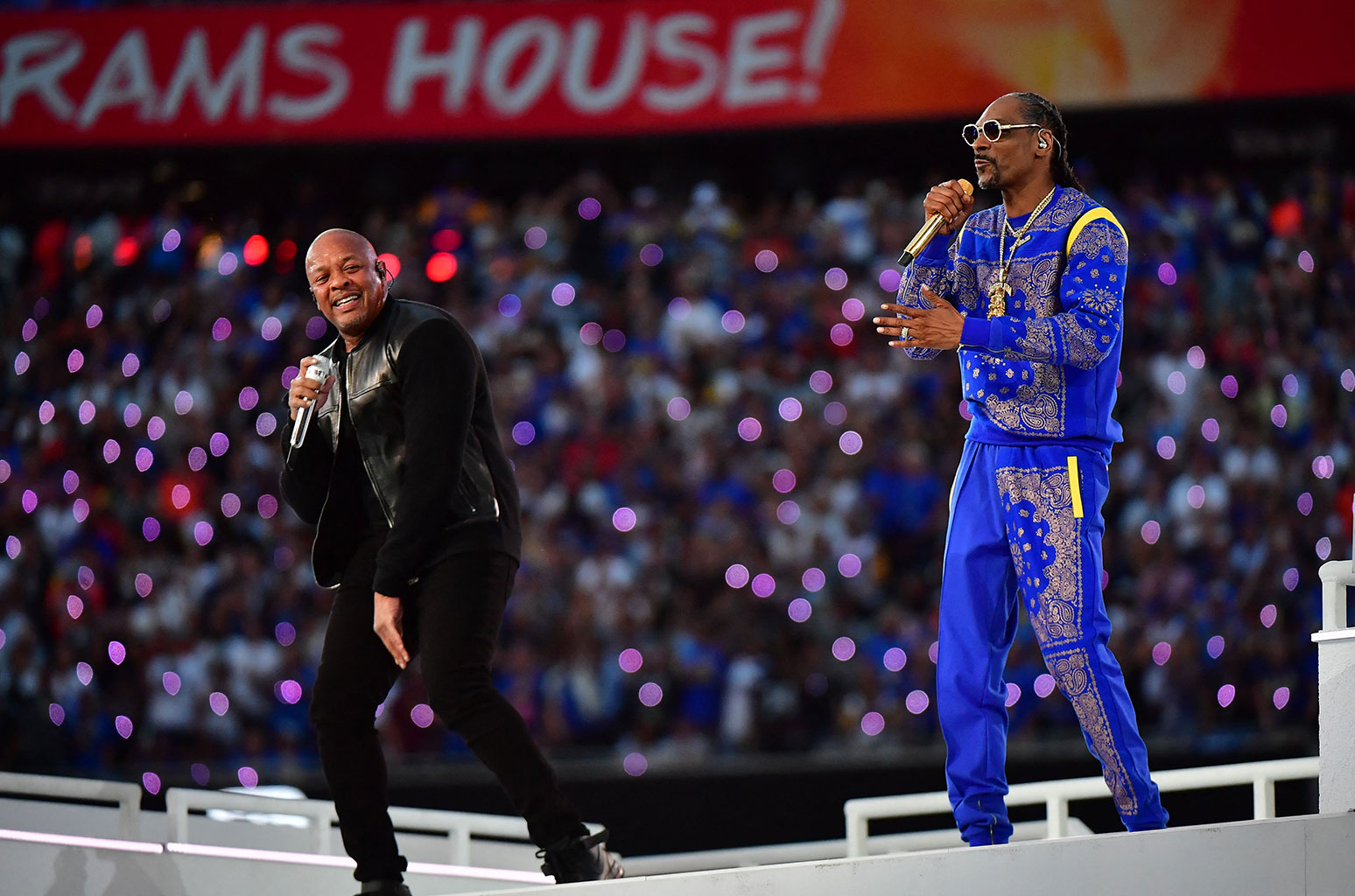 Snoop Dogg and Dr.Dre perform during the halftime show of Super Bowl LVI between the Los Angeles Rams and the Cincinnati Bengals at SoFi Stadium in Inglewood, Calif.on February 13, 2022.FREDERIC J.BROWN/AFP via GI “It will likely be the greatest halftime performance of all time,” sideline reporter Maria Taylor offered just minutes before the Super Bowl LVI halftime show this Sunday night (Feb.

13) at SoFi Stadium in Inglewood, Calif.NBC wasn’t shying away from the fanfare for their much-anticipated mid-game spectacle, and it’s not hard to see why: Five performers (just counting the announced ones) who had been responsible for literally hundreds of hits between them, bringing hip-hop history to life — in the backyard of the evening’s headliner, West Coast rap pater familias Dr.Dre, no less.

After months of build-up, could it possibly live up to the hype?

The answer: basically.Once strings came up on Dre and Snoop Dogg’s opening “The Next Episode,” you wouldn’t find too many fans of popular music between the ages of 5 and 50 who couldn’t find something to get giddy over in the 15 minutes that followed.That of course encompassed another couple Dre classics (one more with Snoop in tow), as well as a pair of Mary J.Blige bangers, one-and-a-half Kendrick Lamar firestarters, a timeless Eminem anthem and even a surprise 50 Cent throwback.Anderson .Paak stopped by just to play the drums.

It was as star-studded an event as Super Bowl halftime has ever seen, with a setlist full of smashes no one could deny, and staging that brought out the partiers, the low riders, and even a gigantic map of Compton that the entire performance took place atop.

It was a moment of true celebration — for the West Coast (despite half the performers hailing from Eastern Standard Time hometowns), for hip-hop in general (which had never gotten the majority of a Super Bowl halftime show to itself before) and most of all for Dr.

Dre, the maestro, the man forever in the lab with a pen and a pad.

Dre started the performance seated at his studio console as the stage and music rose, and the implication was clear: He’s the man behind all of this, the progenitor of this crucial strain of music and culture, the guy who has done as much as anyone to get rap to music’s biggest stage, showcasing it with the same reverence it once reserved for classic rock acts.The proof is still in the songs, some of the best-loved party and radio staples of modern times — and as particularly showcased by Kendrick Lamar’s explosive “Alright” performance, also some of the continually timely.

However, Kendrick’s performance also pointed to the biggest thing absent from the set: “35 summers in the making… I’m talking N.W.A,” he rapped after “Alright” — and while he might’ve been talking N.W.A, Dre himself certainly wasn’t.There was no presence for the rap group that Dre first really rose to stardom with in the late ’80s, while his game-changing 1992 solo album The Chronic was represented with just a quick-hit sampling of the synth whine from “Nuthin’ But a ‘G’ Thang.” Meanwhile, Snoop was relegated to supporting duties, performing his verses on Dre’s 2001 hits “The Next Episode” and “Still D.R.E.,” but not getting airtime for any of his own Doggystyle perennials.“California Love,” the late 2Pac’s 1996 single with production and a guest verse from Dre, was the oldest song performed on the night, undercutting Kendrick’s “35 summers in the making” point by effectively excising the extremely crucial first decade of Dre’s rap recording history.It’s particularly surprising, given Snoop’s recent purchase of Death Row records — infamous home to those ’90s Dre and Snoop albums — which would’ve seemingly made this the perfect time and occasion for a victory lap with that era’s enduring hits.

Meanwhile, though no one would ever argue with the Queen of Hip-Hop Soul or the two songs (“Family Affair” and “No More Drama”) that she performed on the evening, the logic behind the legendary Mary J.Blige’s presence at the proceedings remains a little shaky.Yes, Dre co-wrote and produced “Family Affair,” but Mary J.is a New Yorker who came up on Uptown Records — unlike Eminem or 50 Cent, who aren’t from California either, but both of whom got their start on Dre’s Aftermath label — making her an awkward fit into this family reunion.

It just pointed to the fact that there wasn’t an obvious female star to include as a major part of Dre’s Death Row or Aftermath legacy — and also serves as a reminder of Dre’s history of abuse and mistreatment of women, including accusations of spousal abuse from ex-wife Nicole Young that surfaced just last year as part of their divorce.

Those parts missing can be tough to reconcile with just how full the actual performance felt while watching, however.It was a joyous, triumphant set that felt as unifying as any halftime show in memory, geographically specific while also being unquestionably universal.Like the smash 2015 N.W.A biopic Straight Outta Compton , it was an unqualified success and a fitting celebration of a historic musical legacy.And like Straight Outta Compton , it didn’t quite tell the whole story. 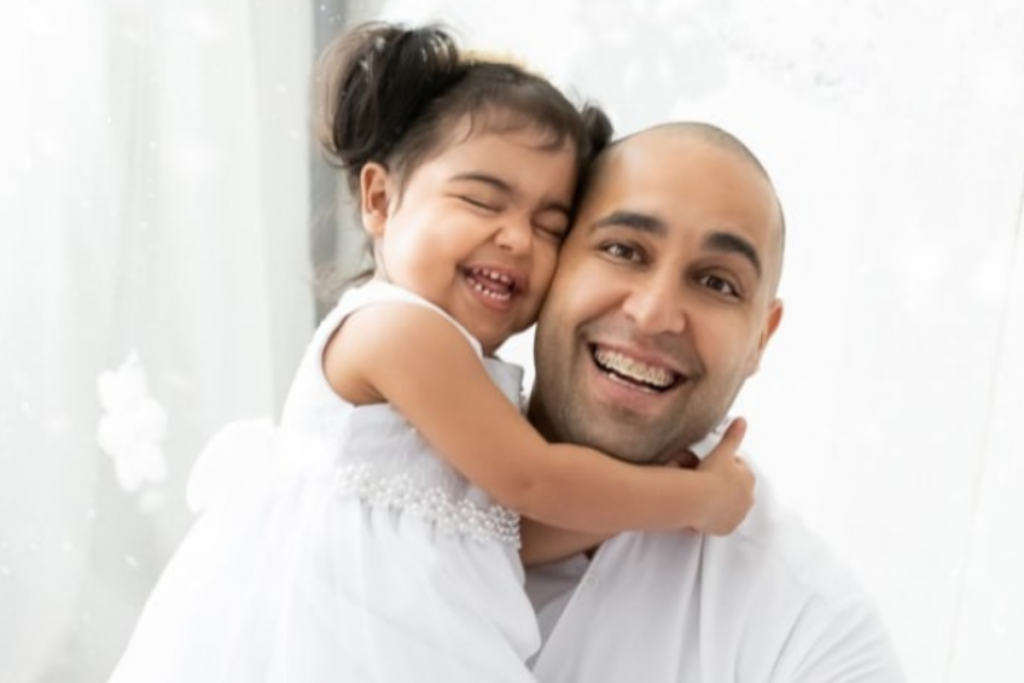