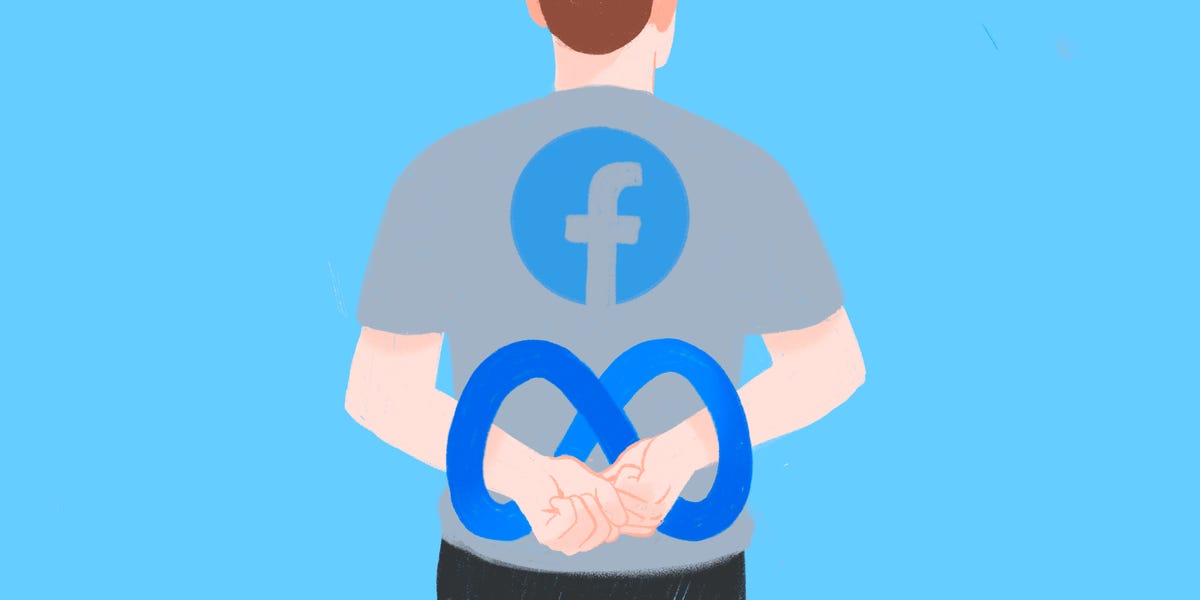 Mark Zuckerberg is out of tricks.

Facebook has been “in crisis” before, but this time is different.This time the dilemma isn’t about the company’s reputation.It’s about Meta’s core Facebook business flailing and Wall Street punishing the company for that weakness.At the same time, Zuckerberg is trying to realize a distant metaverse dream for which he renamed the entire company.Meta is planning to spend billions to build a new reality that does not (and may never) exist in any meaningful way.And with the economy shifting, investors are looking for companies that look strong now, not ones that promise uncertain profits in the future.

The world has changed since Zuck built “The Facebook.” Antitrust and privacy regulators are watching Meta closely, and public opinion of the company is nothing short of abysmal .To save itself, Meta should have focused on making its core business stronger and its existing platforms safer for this world.Instead, it is focused on building another one no one is excited about.

If that doesn’t change, Zuckerberg is leading his epic dorm-room project turned multinational corporation down the path to ruin.

Crumbling core If you want to know how large the collective anxiety is over Meta’s future, look no further than its stock.February 3, the day after the company’s earnings, Meta’s stock dropped by over 26% and registered the largest single-day value wipeout in US history.All told, $240 billion was shaved off its market capitalization.It hasn’t gotten any prettier since: The stock is now down more than 30% over the past month and was worth $267 billion less then before earnings as of Wednesday’s market close.While this sell-off may seem extreme, it’s completely rational when you look at the company’s fundamentals.

Meta’s advertising product — which accounted for 97.4% of its 2021 revenue — simply isn’t as good as it used to be.The company admitted as much in its annual filing, saying that Apple’s decision to allow iPhone users to opt out of being tracked by advertisers has made Meta’s advertisements less precise and useful for ad buyers.

The company estimated that the privacy changes could shave $10 billion off its advertising revenue in 2022.That problem isn’t going anywhere.

Meta’s core apps — Facebook, WhatsApp, and Instagram — are hitting a ceiling: global users dropped for the first time ever in the fourth quarter.

Thiago Prudencio/SOPA Images/LightRocket via Getty Images The company’s flagship Facebook platform also saw a decline in global daily active users for the first time ever in the fourth quarter of 2021, which will naturally take another bite out of the advertising business.The problem is that Facebook isn’t cool.The Facebook Papers, leaked last fall, showed us that the company knows it is losing its appeal to younger customers.Zuckerberg admitted that Facebook faces an “unprecedented level of competition” from TikTok, the video-sharing social network that’s growing rapidly among Gen Z .

Now we’re seeing this diminishment of “cool” show up in the user numbers, even though Facebook still doesn’t share precise data about user engagement — the most crucial aspect of its business — on any of its platforms.

“Facebook is seeing a significant slowdown in advertising growth while embarking on an expensive, uncertain, multi-year transition to the Metaverse,” JP Morgan analyst Doug Anmuth wrote to clients after he downgraded the outlook for its stock.

Anumth continued: “We believe management’s tone around iOS impact has deteriorated, and what was once described as ‘manageable’ now appears to be a $10 billion revenue headwind in 2022.”

In other words: Facebook’s cash cow is aging.

The metaverse is not a thing Even as its current business shows signs of existential weakness, Zuckerberg wants investors to focus on the future.

The problem with that is there’s no “there” there.

Zuckerberg is taking an “if you build it they will come” approach to the metaverse.But unlike the last time he built a place online, this one is going to take billions of dollars just to build because of its scale and complexity.This quarter, Meta started sharing its numbers for its metaverse business, and the figures are a disaster.

Revenue for that segment, from sales of the Oculus goggles and games, came in at less than $1 billion in the fourth quarter, and well below analyst projections for the year .And the metaverse investment losses are going to get even steeper in 2022, when Meta expects “total expense growth rates may significantly exceed our year-over-year revenue growth rates.”

In other words, the company’s going to lose money for only the Lord knows how long to create a product that only the Lord knows if users will enjoy ( according to recent polling a large majority of Americans are not particularly interested in the metaverse).Zuckerberg is trying to move us all into a virtual world of work and play — but so far the metaverse is at best a glorified video game, and at worst a more tedious way to “go to the office,” but one where you can’t sip a cup of coffee over your headset, and you might still get groped .

“It’s an old idea,” Phil Libin, CEO of the video-conference company Mmhmm, told Insider’s Isobel Hamilton .”It’s uncreative, it’s been tried many, many times over the past four decades, and it’s never worked.”

No one wants spend a lot of time in the metaverse, no matter how much Mark Zuckerberg wants to think they will.Facebook This is why Meta’s stock cratered.Zuckerberg wants the market to believe the metaverse is another place where people will spend all of their time, but Microsoft CEO Satya Nadella’s assessment of the concept (because that’s still what it is) is more accurate.”What is the metaverse? Metaverse is essentially about creating games,” he told The Financial Times.

And while Nadella went on to explain that the technology could potentially expand to other areas, like business conferences, Microsoft will be approaching the evolution of metaverse technology from its already-established gaming division.

That’s why Microsoft bought a successful gaming company , Activision Blizzard, to enter the maybe-soon-to-be market.The purchase will allow experimentation as part of what Microsoft already does well, which is a bit more sensible than rebranding the whole company MetaSoft and moving Clippy into a virtual-reality office.

It would be easier for Meta to shepherd users to the metaverse if people didn’t completely distrust Facebook in particular and social-media giants in general.Even on the smaller issues, the company is on the wrong side of public opinion.Polling shows Americans hate the name Meta, and they hate Mark Zuckerberg, who has a favorability rating of negative-32 points, according to Morning Consult.All of this negativity can complicate the process of hiring the kind of talent it takes to build an entirely new world, too.

Zuck’s old tricks are old Meta is operating in a totally different environment in terms of user engagement, markets, and regulatory scrutiny than it has at any other point in its young life.

When the company made the pivot to mobile in the early 2010s, it did so in part by moving aggressively to acquire, copy, or destroy its competition.It gobbled up existing businesses like Instagram and WhatsApp, products which have helped sustain the company over the past few years.But now that lawmakers and regulators — including FTC Chair Lina Khan — are angry about Meta’s previous tactics to quash competition, there will be more scrutiny over the company’s moves as it attempts to build the metaverse.

Back in the day, Zuckerberg could build (or buy) a product and ask questions later.But Meta has gotten too big to “move fast and break things.” It now has to ask permission.

For example, Facebook tried to dip its toe into a fast-growing speculative-growth area by trying to launch its own cryptocurrency (called Diem).Despite the fact that it seems like anyone can create their own stablecoin, Meta’s attempts were dashed by regulators, and Diem’s tech was recently sold off to a small bank that serves crypto clients.New products mean new problems, and regulators are right to demand that Meta has solutions.They’ve already seen how damaging the company’s failure to game out potential issues on Facebook and Instagram has been for society.

Zuckerberg bet on a big growth play at exactly the wrong time and now investors are punishing him for it.Meta’s market value has dropped by more than $250 billion since its disastrous earnings .

Alex Wong/Getty Images Zuckerberg is also living in a world where investors are not going to be as amenable to growth gambles like the metaverse pivot.In January, tech stocks took a whipping as central banks around the world indicated that they would raise interest rates — making debt, and big growth investments, more costly.In this environment, investors want well-run companies that are delivering stable and growing profits, not bets on maybes and hazy futures.

Even the startups Zuckerberg might acquire to bolster the internal Meta investment could suffer as the market shifts.

On the one hand, that could make Meta’s acquisition targets more willing to sell.On the other hand, that means it will be harder for startups to get loans and funding to make the cool technology Meta hasn’t yet made itself.

Zuckerberg’s business is shrinking, the market is turning, and Gen Z thinks Facebook is lame .This pivot is not just about building a metaverse starting from scratch, it’s about digging the company out of a toxic hole.This is new territory for Zuckerberg as an executive.His old tricks may not work in 2022, and the world is watching him more closely than ever before, ready to cheer should he fall on his face..

Microsoft is keeping Call of Duty on PlayStation

Fri Feb 11 , 2022
Ever since Microsoft announced its $68.7 billion plan to acquire Activision Blizzard, the big question has been whether Call of Duty will become an Xbox exclusive.Sony has expressed “expectations” that Call of Duty would remain on its platform, while Microsoft has said explicitly that it wants to keep the game […] 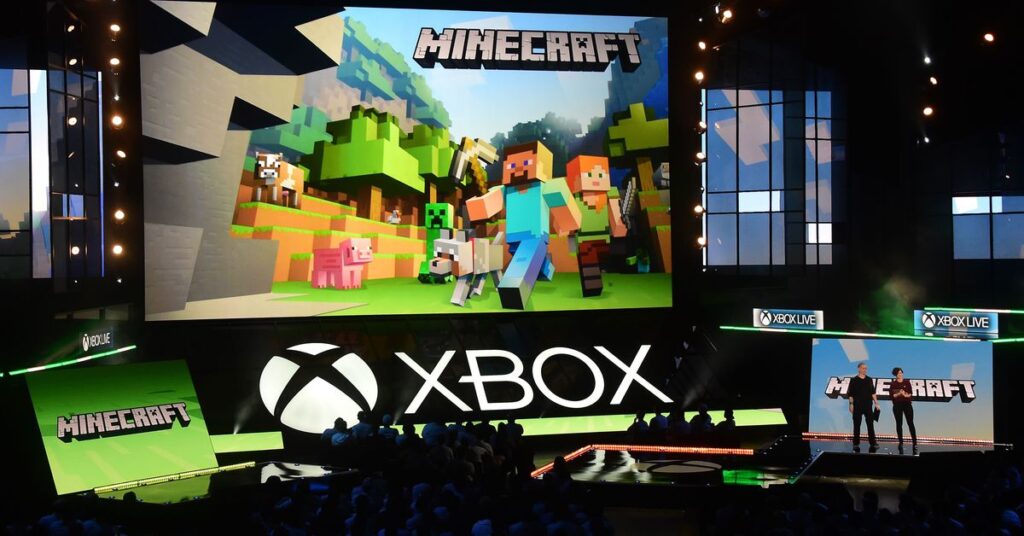