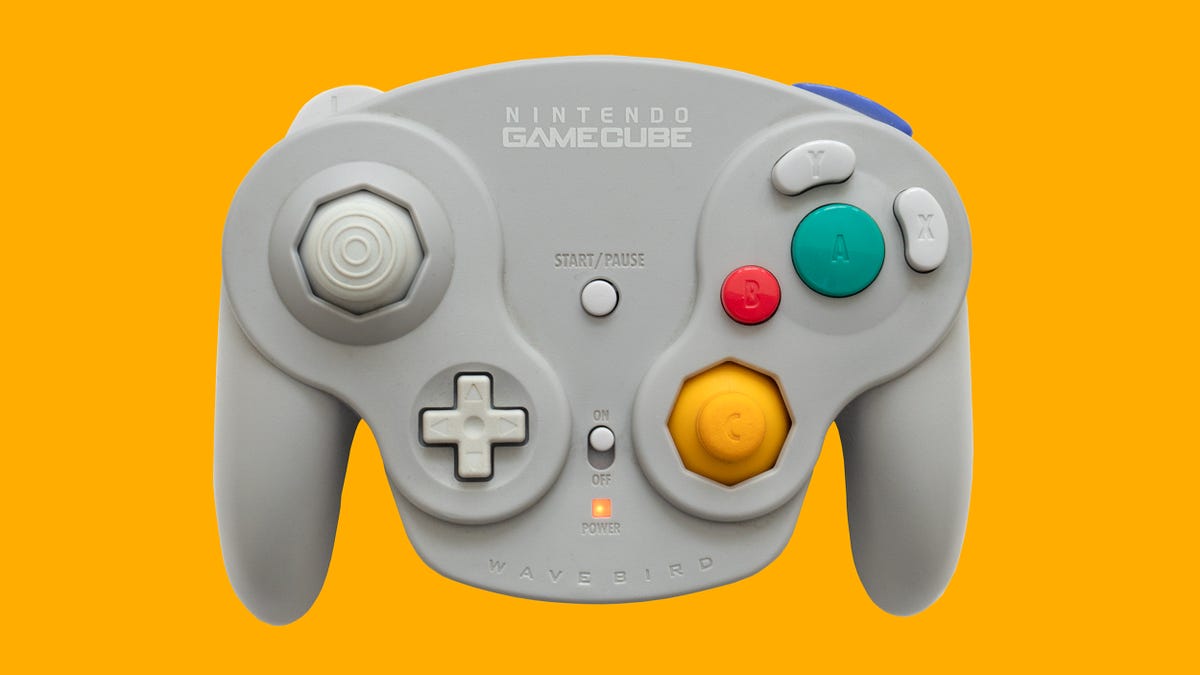 The video game industry has more or less settled on a standard design for controllers with a pair of matching analog joysticks, a directional pad, four action buttons, and shoulder triggers on top.It’s a design that the PlayStation DualShock controller popularized, but one that I genuinely feel Nintendo perfectly executed on the GameCube WaveBird—which also happened to be one of the first mainstream wireless gamepads.nnLike the days before the iPhone when smartphone and PDA makers tried every weird hardware design they could think of to shrink a portable computer into a pocket-sized device that was still useable, there was a time when console makers experimented with the form and function of video game controllers in an attempt to find the perfect way to interact with 3D games.nnVideo games on PCs had gone 3D long before consoles did, and while it may not have been perfect, a mouse and keyboard was a very effective way to navigate characters or vehicles around a 3D space.The problem was that while a mouse and keyboard were easy to use on a desk where most PCs lived, they were a poor solution for consoles where players normally plunked down on a sofa with their controls in hand.nnThe original PlayStation, released in December of 1994 in Japan, was the first console to bring 3D graphics to the living room, but it shipped with a controller that was reminiscent of the 16-bit gamepads of the previous generation featuring just a four-way D-pad.Nintendo, a company with a long history of both successful and failed experiments in the video game market, was the first console maker to include a controller with an analog stick for its N64 that reintroduced iconic games like Super Mario and The Legend of Zelda with 3D graphics.(The N64’s controller would also be the first to gain vibrating force feedback capabilities in 1997 through the use of the chunky Rumble Pak attachment.)nnHaving logged many hours in games like Microsoft Flight Simulator on the PC using a flight stick, I was no stranger to analog controls when the N64 came out, but I do remember struggling to adapt to making subtle adjustments with the controller’s tiny analog stick to take advantage of being able to control the speed of my character’s movements, not just their direction.And I certainly wasn’t alone because the N64’s three-pronged controller isn’t exactly looked back on as a pinnacle of controller design.nnA year after the N64 was released, in 1997, Sony released the DualShock controller for its PlayStation console which would more or less define the general look of console controllers from then on.It included not one, but two analog sticks: one for controlling a character or a vehicle, and a second for controlling a game’s 3D camera.Given the original PlayStation sold over 102 million consoles (Nintendo moved just under 33 million N64s) the DualShock controller, which was also compatible with later Sony consoles, remains one of the most popular controllers of all time—but I think Nintendo improved upon the DualShock with the GameCube.nnThe GameCube—a literal cube—was Nintendo’s first console to use discs instead of cartridges and was released in North America just three days after the original Microsoft Xbox debuted which was bolstered by one of the most extravagant marketing pushes in video game history.

The GameCube wasn’t a bad console per se, it featured some memorable Nintendo titles like Super Mario Sunshine and The Legend of Zelda: The Wind Waker and while it managed to sell just over 22 million units compared to Microsoft selling 24 million Xboxes, by Nintendo’s standards it was far from a runaway success.It did, however, come with one redeeming feature: the perfect controller.nnAfter tiring of waiting for Nintendo to bring The Legend of Zelda: The Wind Waker to the Switch, last week I dug out my original GameCube hardware and was reminded of how much I loved the WaveBird controller, and still do.Arriving a year after the GameCube itself in 2002, the WaveBird was the first modern controller to feature wireless connectivity.It looked more or less like the standard GameCube controller, but with a large protrusion on the back for holding the wireless RF hardware plus a pair of AA batteries, and it required an included dongle to be connected to the console.nnnIt was kind of clunky and kind of finicky, but finally being able to play a console without a long wire made the WaveBird completely worth the upgrade.

(The Xbox wouldn’t get wireless controllers until the 360 arrived in 2005, and PlayStation fans had to wait until 2006 with the arrival of the PS3 and the Sixaxis.) And as convenient as wireless was, I’ll also go to my grave believing the GameCube controller and the WaveBird’s button and joystick layout is absolute perfection.The layout of the four action buttons is far more intuitive than what modern controllers use, allowing a thumb to easily roll off the central A button to hit the surrounding B, X, and Y buttons, and I’m even a fan of the capless second analog stick used for camera adjustments.I’ll often compare the feeling of picking up the WaveBird and GameCube controllers to the feeling of putting on a comfy pair of slippers that have perfectly conformed to your feet after years of use.nnOne of my favorite games for the GameCube was the launch title, Wave Race: Blue Storm, was a sequel to the N64’s Wave Race 64.The N64 version never did much for me, but the GameCube version did a fantastic job of recreating the feeling of crashing through waves on a jet ski and I’m confident it’s because the controller finally felt like an extension of my hand.

Where the WaveBird’s unique layout really shined was in games like James Bond 007: Nightfire.It was not the spiritual successor to GoldenEye 007 many had hoped it would be, but multiplayer benefitted from some unique weapons, including a grappling gun allowing my siblings and I to zip back and forth across buildings with ease through a clever use of button combos.But it was Super Smash Bros.Melee that helped cement the GameCube controller as an iconic piece of gaming hardware, and with the game being released just days after the console, it’s hard to imagine its developers didn’t have some influence on the controller’s design given how effortlessly your thumb moves from button to button to pull off combos and other moves.nnAfter the relative failure of the GameCube, Nintendo’s follow-up in 2006 was arguably one of the company’s riskiest experiments ever, but the Wii was an undeniable hit, eventually selling almost 102 million consoles.It was compatible with both older GameCube games and controllers, but the Wii ushered in a new generation of motion-controlled gaming through its innovative Wiimote and Nunchuck controllers that has remained Nintendo’s focus through the Wii U and even the Switch today.nnThe GameCube controller and the WaveBird are far from forgotten, however.The asymmetrical layout of their two analog sticks is still used by Microsoft for its Xbox controller, and Nintendo for the Switch’s Pro Controller, and it’s hard to imagine ever having to use a controller with a wire ever again.The GameCube controller also remains a favorite amongst competitive Smash Bros.players even to this day, so much so that Nintendo even re-released the GameCube controller in 2018 with a USB cable so that it could be easily used with the Switch and Super Smash Bros.

nnBut that also helps explain why even Nintendo has gone with a more traditional button layout for the Switch Pro Controller and even the Joy-Cons.The WaveBird’s layout excelled with games like Super Smash Bros.Melee, but making the A, B, X, and Y buttons all the same size also makes them feel more neutral and easier for gamers to switch from system to system.There are certainly still console devotees who stay loyal to Microsoft, Sony, or Nintendo, but there are just as many who happily welcome multiple gaming systems into their homes, and a controller with a generic button layout encourages that approach, making it easier to hop from system to system.nnAm I somewhat saddened that I find it hard to feel a difference between the Switch’s Pro Controller and an Xbox Series X|S controller? A little.

Nintendo is at its best when it’s being weird and trying do its own thing, and that’s how the GameCube controller’s was born.The cube-shaped console might not be remembered particularly fondly, but it’s hard to call the GameCube a failure when it brought with it the best controller Nintendo has ever made.nn. 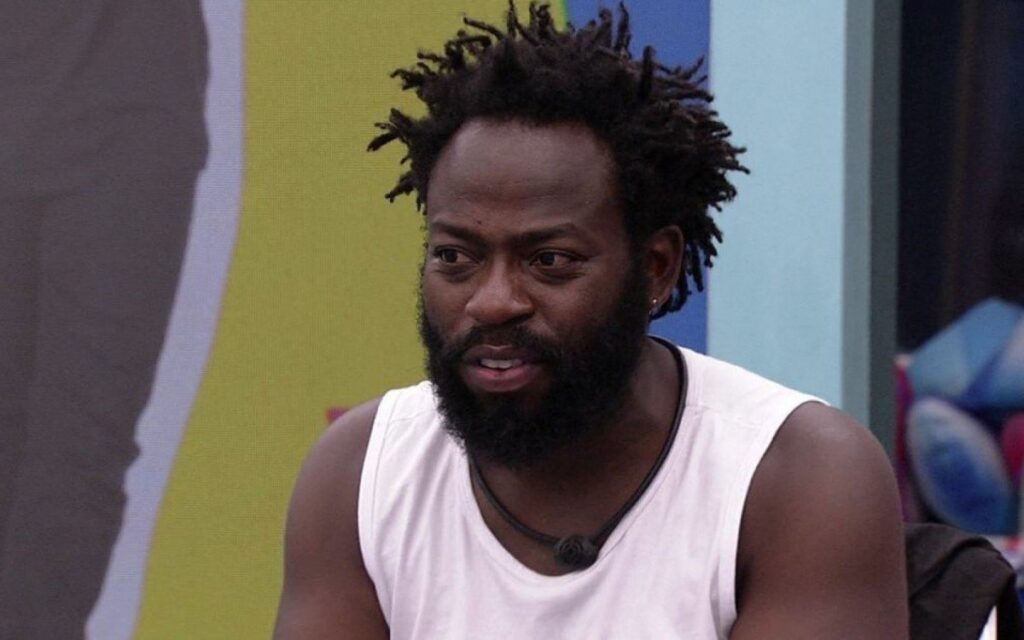