The U.S.economy grew last year at its fastest pace since 1984, rebounding from a sharp but brief coronavirus-induced recession in March 2020.The nation’s gross domestic product, a measure of all goods and services produced, expanded by 5.7 percent in 2021, the Commerce Department reported Thursday.Growth accelerated even faster during the period from October to December, rising to 6.9 percent on annualized basis.

With inflation running hot and Covid-19 cases from the highly contagious omicron variant filling overworked hospitals and keeping workers at home, the economy is expected to grow at a slower rate in 2022.Economists have already slashed their forecasts for the first quarter, due to the impact of omicron.

ambassador to Ukraine: U.S.should prepare for Putin to ‘make a bad decision’ “The economy finished 2021 on a strong note, though GDP growth was driven largely by rising inventories,” said Greg McBride, chief financial analyst for Bankrate.“Omicron will put a dent in first quarter economic growth — we’re already seeing some of this with increased jobless claims — but demand remains strong, the labor market is tight, and the economy is poised for another year of solid, above-trend growth.” Multiple forces are working to drag down what would otherwise be more buoyant growth.

Consumer spending is the main engine of GDP, and it was bolstered during 2021 with stimulus payments and other pandemic-era emergency relief.

Households broke up the tedium of quarantines by splurging on everything from new decks and home office spaces to sporting goods and pet products.But those relief programs have largely lapsed, and consumer savings — boosted to record highs during the pandemic — are starting to draw down.Businesses remain squeezed by omicron, especially those in hospitality and leisure.Job openings in these areas remain high, but are going unfilled as workers hang back for health and child care reasons and in hopes of better prospects.

The Federal Reserve said Wednesday it plans to raise interest rates more than once this year.

Those rate increases will make borrowing more expensive, driving up the costs of buying a new car or house, or carrying credit card debt, and perhaps slow the economy.Earlier in the pandemic, Federal Reserve Chairman Jerome Powell said inflation was “transitory,” but he acknowledged Wednesday at a news conference following the central bank’s latest monetary policymaking meeting that his view has changed, as inflation has soared to its highest level in four decades.”Bottlenecks and supply constraints are limiting how quickly production can respond to higher demand in the near term” and “these problems have been larger and longer lasting than anticipated,” Powell said.

Over 22 million jobs were cut following the March 2020 outbreak of Covid in the U.S.as authorities imposed lockdowns and businesses shuttered or severely curtailed their hours.The economy went into a recession.But emergency action from the Fed, including slashing interest rates to zero, rafts of government stimulus to households, and the eventual rollout of vaccines revived the economy.Consumers had the confidence and cash to resume spending.However, many businesses were thrown off by the surge in demand, since it did not follow the typical economic recession playbook.

Larger companies reacted by hiking their prices and squeezed supply by ordering up even larger amounts to lock in costs, tightening the remaining supply even further — and leading to even higher prices.Lumber at one point shot up from $350 per thousand board foot to more than $1,600.

Powell has pointed to lumber as an example of temporary supply-driven price hikes that eventually ease.However, after settling in to around $500, it has recently shot back up past the $1,000 level.With so many homebound workers now diverting their discretionary income from in-person services, shortages spiked for home goods from appliances to sporting goods to electronic equipment.A shortage of semiconductor chips has left auto dealers with empty lots and long reservation lists.The demand for cars has grown so fierce that some owners are able to sell their used cars for more than their purchase price.Logistical hubs from factories to ports to freight yards to trucking outfits were slammed, and supply chains backed up.Inflation began to rev up.Consumer prices soared by 7 percent over the past year, with shortages and high prices hitting everything from bacon to butane to Ford Broncos.

Despite the growth numbers, consumer confidence slipped in January and some households are pessimistic about the outlook ahead.Administration officials acknowledged the disconnect Thursday.”I think that this pandemic has gone on for a very long time,” Commerce Secretary Gina Raimondo told NBC News.”People are frustrated.

Moms and dads are still struggling, will school be open today? Inflation is real and it’s in everything.It’s a combination of Covid and increased prices and the supply chain disruption.” “I think the fundamentals are there,” Raimondo said.”People are working.People are making more money.

But we’ve got to get past Covid.”.

Fri Jan 28 , 2022
We’ve had a chance to listen to virtually all of the major models as well as tons of lesser-known brands.And while there’s no such thing as the best true wireless earbuds for everyone, we think the Jabra Elite 7 Pro are the best all-around, with an accessible price and a […] 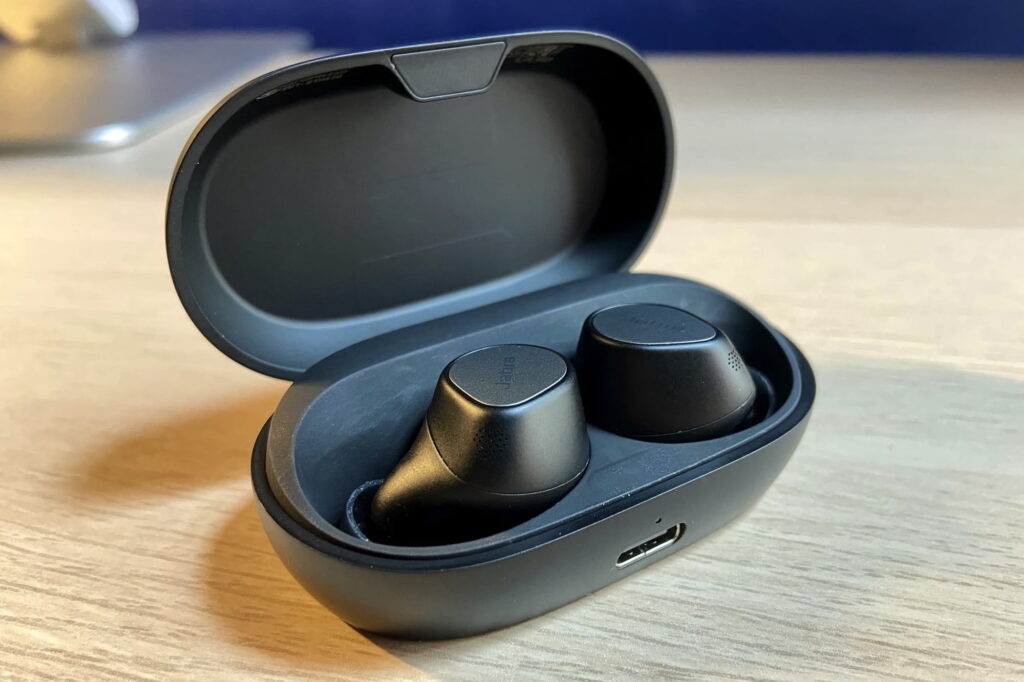