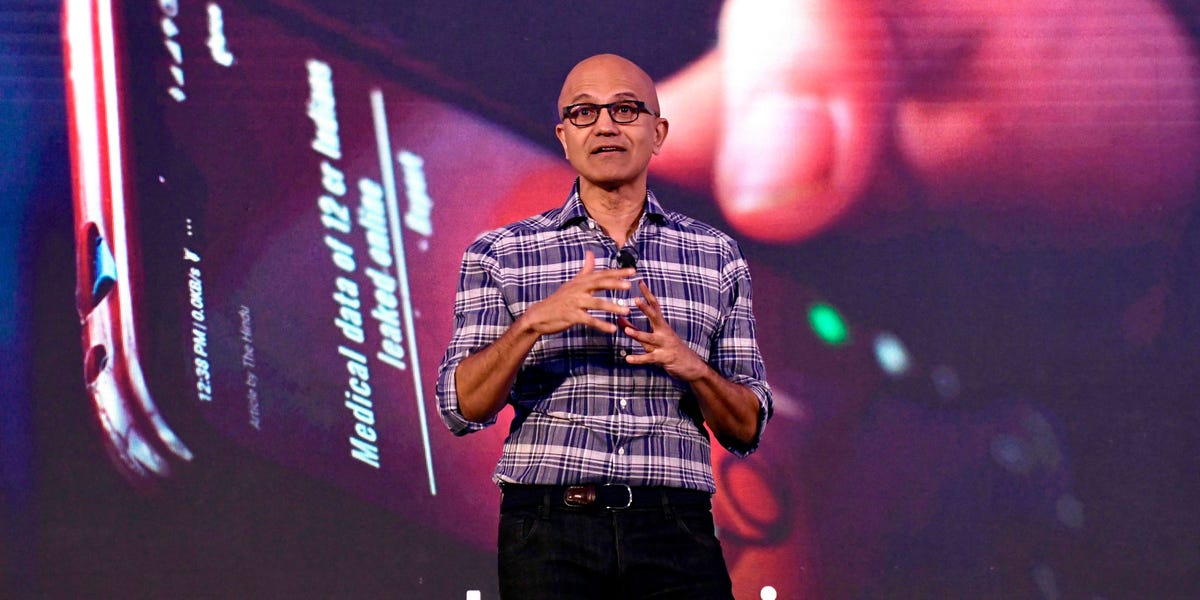 Developers have typically favored Apple’s App Store over Microsoft’s similar offering on Windows.Developers who spoke to Insider said they applaud the changes Microsoft will make with Windows 11.With Windows 11, apps can use their own payments processor for purchases, rather than Microsoft’s.Last week, Automattic brought its WordPress blogging app to Windows 10’s Microsoft Store for the first time.

It was a win for Microsoft, which gets a popular app with millions of users for its store.But it was a win for Automattic, too: A developer at the company described the process as absolutely painless, and praised the store’s “generous revenue structure.”

“We’ve been very happy with how smoothly the process went and have gained significant exposure via our presence in the Windows Store,” Nicholas Sakaimbo, software engineer at Automattic, told Insider in an email.”To emphasize: publishing the application to the Windows Store couldn’t have been more seamless – we didn’t have to change our processes at all.”

While Automattic is only one developer, it’s a clear sign that Microsoft’s revamped app store strategy, aimed at convincing developers large and small to list their wares, is headed in the right direction.

Four developers who spoke to Insider indicate they are cautiously optimistic about the direction of the refreshed app store on Windows 11, which was announced in June alongside the operating system itself.Windows 11 will be released this October.

In theory, a robust app store is good for Microsoft and developers both: A robust app store would make Windows more “sticky” to users, as RBC Capital Markets analyst Rishi Jaluria put it, while also giving large and small developers alike an easy and centralized way to get their wares in front of the millions of Windows PC users.

(RBC has disclosed that Microsoft is one of its clients.)

But those same developers also note that Microsoft has struggled with its app store strategy in the recent past, and that it has a lot to prove if it wants the Windows Store to stand alongside behemoths like Apple’s App Store or Google Play.

“So it was really exciting to see that Windows 11 is here and they’ve done a really nice job of it.”

Windows 11 is making big changes to bring developers on board Microsoft is making broad changes to fundamental rules of its app store in the new release, making up for lost time after the Windows 10 iteration of the store largely languished.

Perhaps most dramatically, Windows 11 will allow developers to use their own payment processor for in-app purchases, rather than be forced into using Microsoft’s own.

If developers go this route, they can keep 100% of the revenue from their apps, rather than cut Microsoft in.That’s notable, as “Fortnite” creator Epic Games ‘ recent lawsuits against Apple and Google drag the so-called “tax” levied by major app stores into the spotlight.

Microsoft is opening the gates in other ways, too: Microsoft Store apps no longer have to use the Universal Windows Platform file format, and Microsoft is working with Amazon to bring an Android app store to Windows later this year, after delaying the feature’s launch .

Microsoft will start rolling out a preview of Android apps to those in the Windows Insider program in coming months, the company told Insider.

“We’re already seeing an influx of ‘traditional’ Win32 applications arrive in the Store during the Insider Preview, and this is only going to be a good thing for end users, as the Store becomes the central place to download applications on Windows,” said Mark Ingram, lead Windows developer at Serif.

Microsoft has the rare chance for a do-over, but will have to earn it Brittain, the Concepts cofounder, hopes that these changes will entice more developers to the Microsoft Store, which will in turn make it more of a draw for users — building up a strong ecosystem of paying customers, akin to what Apple has seen on its App Store.

He started developing apps because he had a Windows Phone, but when the Microsoft shuttered its phone business Kiama said it felt like the company’s support for apps took a backseat.

“We can finally see the final destination, what [Microsoft’s] plan is.So I’m really excited for that,” he said.

But if Microsoft really wants some of what Apple has with its App Store, it will have to work for it.

Kiama, the Windows developer, says that Microsoft’s tools for tracking app downloads and other data can be buggy and inconsistent, making it tough to understand how apps perform on the store.

At the same time, Steven Troughton-Smith, a longtime Apple developer who builds apps like Pastel and Broadcasts for iPhone and iPad, says the Windows 11 announcement made him download Microsoft’s newest development tools and try to recreate his apps for Windows.

“As somebody who has always wanted to see a strong, native, beautiful-looking app ecosystem on Windows, I’m really excited about what Windows 11 brings to the table,” he told Insider in an email.”It alone convinced me to experiment with Microsoft’s latest developer tools & SDKs, and I was very quickly able to create a great-looking prototype of one of my popular Mac & iPad apps.”

Troughton-Smith demurs, however, when weighing the investment of actually bringing those prototypes to market.

“I’ve had successful prototypes that really make me want to continue working on them, but expecting to find the time to actually do that is increasingly unrealistic when the universal Mac+iOS platform has just so much going for it,” he wrote.

October 14, 1982 saw what was then the largest protest in vi

Tue Sep 7 , 2021
October 14, 1982 saw what was then the largest protest in video game history when a crowd of 200-300 Native Americans, feminists, and anti-porn activists gathered outside a trade show in New York to protest the offensive Atari 2600 game Custer’s Revenge . That was one of three games in […]