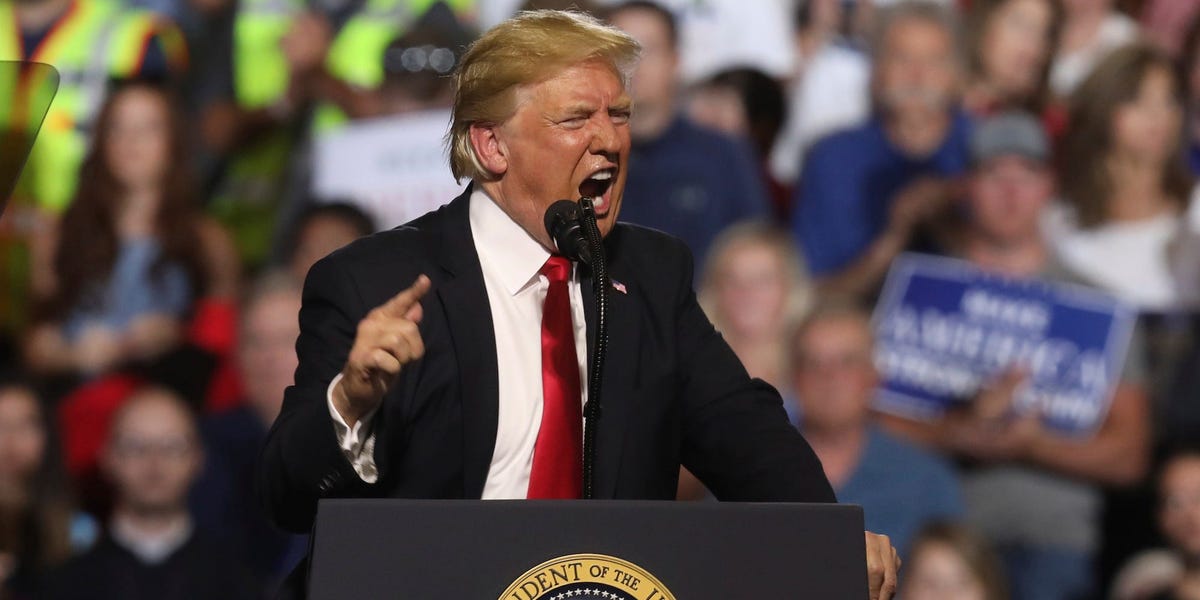 Donald Trump’s new company will go public by merging with Digital World Acquisition Corp.DWAC shares rallied by over 1,000% after the deal was announced.Five investing experts advised caution due to concerns about volatility and Trump’s business model.Donald Trump’s latest deal sparked a retail trading frenzy and led some to argue that the former US president is making SPACs great again .

After it was announced that Trump Media & Technology Company will go public by merging with Digital World Acquisition Corp., shares in the blank-check company soared by over 1,000% to the $130 level.

That briefly gave Trump’s new venture an implied value of over $8 billion.

A Special Purpose Acquisition Company, or SPAC , raises capital through a public listing before merging with an existing firm.These vehicles surged in popularity earlier this year, with 298 SPACs priced in the first three months of 2021, although activity levels have fallen in subsequent quarters.

One investment firm made $136 million on paper because they previously owned DWAC shares, while Bloomberg reported that two retail traders it spoke to made at least $12,000.

Analysts compared the surge in investor interest to companies like GameStop and AMC, which achieved ‘meme stock’ status earlier this year..

Wed Nov 3 , 2021
Steve Wozniak said there weren’t many differences between the new iPhone 13 and the iPhone 12.The iPhone 13 has a better camera and battery life, as well as stronger glass, than the iPhone 12.Wozniak has critiqued Apple devices after the company’s past product launches.Get the latest tech trends & innovations […]