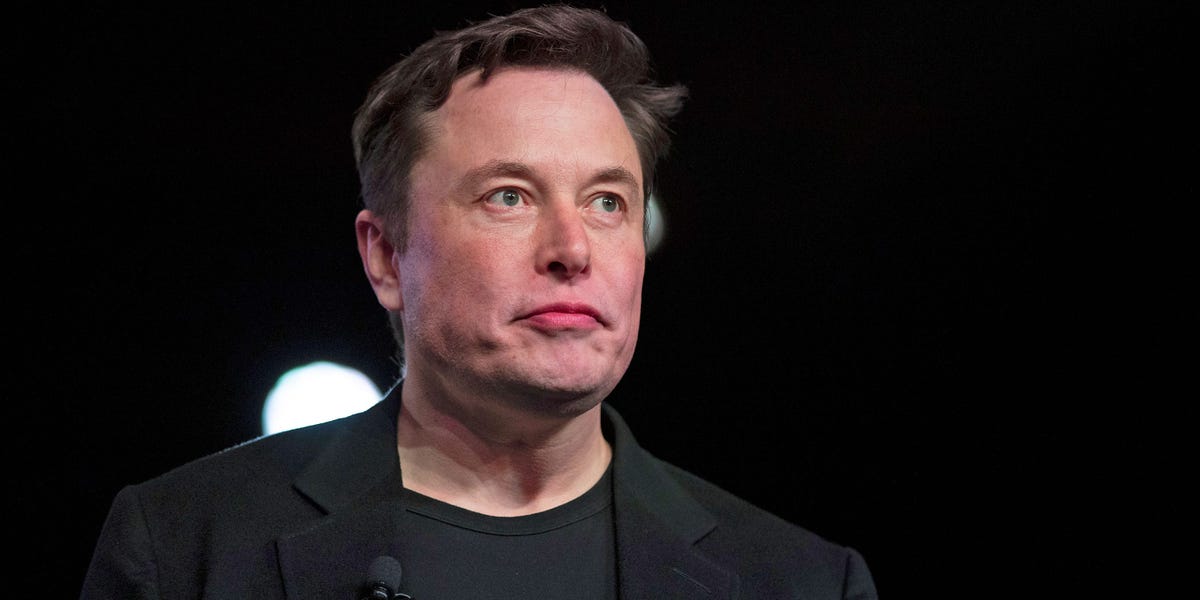 Tesla must pay $137 million to a former contracted worker who brought a racial harassment case, a jury ruled.Owen Diaz worked at Tesla’s Fremont factory as an elevator operator in 2015.Diaz said colleagues told him to “go back to Africa,” and that he suffered sleepless nights.10 Things in Tech: Get the latest tech trends & innovations Loading Something is loading.

Email address By clicking ‘Sign up’, you agree to receive marketing emails from Insider as well as other partner offers and accept our Terms of Service and Privacy Policy .A San Francisco federal court jury on Monday ruled that Tesla must pay $137 million to a Black man who said he endured racist abuse while working at the company’s Fremont, California, plant as an elevator operator.

Owen Diaz was hired at the factory via an agency in 2015.

Per CNBC , he told the court that colleagues would verbally abuse him and other Black workers, for example telling him to “go back to Africa.” He also said racist graffiti was scrawled in the bathrooms, per CNBC.

Diaz told the court that he suffered “sleepless nights” and weight loss after he lost his appetite, per Bloomberg , which first reported the decision.”Some days I would just sit on my stairs and cry,” he told the jury, per Bloomberg.

The jury awarded $130 million in punitive damages and $6.9 million for emotional distress, per the reports.

David Oppenheimer, a clinical professor of law at Berkeley Law, told Bloomberg that he believed it was the “largest verdict in an individual race discrimination in employment case.”

In reaction to the verdict on Monday, Tesla’s VP of people, Valerie Capers Workman, published a blog post arguing that the facts of the case didn’t justify the verdict.

For example, she said that Diaz encouraged his son and daughter to work at Tesla with him — in court, Tesla attorney Tracey Kennedy said Diaz’s account “simply doesn’t make sense” in light of this encouragement, as reported by Bloomberg.

Workman wrote that Tesla recognized “that in 2015 and 2016 we were not perfect.We’re still not perfect.

But we have come a long way from 5 years ago.” Since then, Tesla had added an employee relations team that investigates employee complaints, as well as a diversity, equity, and inclusion team, she wrote.

“We acknowledge that we still have work to do to ensure that every employee feels that they can bring their whole self to work at Tesla,” Workman wrote.”And as I posted in July , we will continue to remind everyone who enters the Tesla workplace that any discriminatory slurs — no matter the intent or who is using them — will not be tolerated.”

In an interview with The Daily Beast after the jury’s verdict was announced, Diaz said Tesla CEO Elon Musk hadn’t contacted him.”Elon has not called me, sent me a letter, a text, sky writing, or sent up one of them spaceships to say I’m sorry,” he said.

Diaz told The Daily Beast he was considering using some of the money he was awarded to start his own business and then hire former prisoners and people experiencing homelessness.

Tesla did not immediately respond when contacted by Insider for comment on the verdict in Diaz’s case.

Diaz is not the only Black worker to file a racial harassment suit against Tesla.

Tesla was ordered to pay $1 million to a Black former employee called Melvin Berry in August 2021.Berry started working at Tesla in 2015, but said he resigned a year later.Berry said supervisors called him the N-word, and that he saw racist graffiti in the workplace.

In July, Protocol obtained sworn testimonies from Black workers at Tesla describing experiences of alleged racial harassment and abuse.The testimonies were filed in March 2021 as part of a lawsuit first filed in 2017.

Wed Oct 6 , 2021
Good morning and welcome to Fox News First.Here’s what you need to know as you start your day … DOJ launching effort to combat threats of violence against school officials The [Department of Justice](https://www.foxnews.com/category/politics/justice-department) is launching an effort to combat what it says is an “increase” in “threats of violence” […]