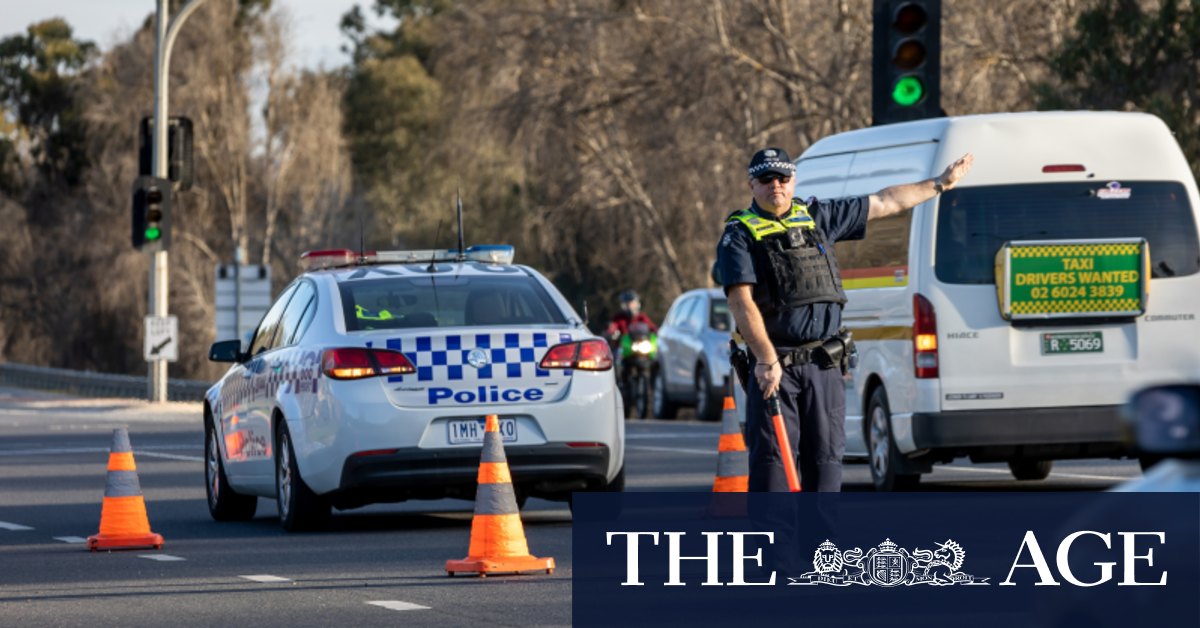 Advertisement Victorian Premier Daniel Andrews says the leap in the state’s new COVID-19 cases to 1438 was avoidable and linked to a significant number of gatherings at the long weekend.

The state recorded five deaths on Thursday as double-vaccinated residents who had been in an “extreme risk” zone were allowed to return to the state, and more primary schools and childcare centres were identified as exposure sites.

It came as the state and federal governments unveiled more support for struggling businesses over the next six weeks, by which time the state is expected to have reached its target of having 80 per cent of residents aged over 16 fully vaccinated.

Thursday’s case numbers are a massive increase on the previous record, reached on Wednesday, of 950 cases and brings the number of active cases in the state to 11,018.

The new daily record for Victoria is 200 cases below the highest daily tally recorded by NSW of 1599 on September 11.

Mr Andrews said many of the state’s new COVID-19 cases on Thursday were “completely avoidable”.

“This is more than a 50 per cent increase on yesterday’s daily numbers, and I’m sure that’ll be a great concern to all Victorians,” Mr Andrews said.“We’ve been very clear these numbers would go up, they go up faster, of course, if people don’t follow the rules.

Advertisement “They go up faster if people are out visiting each other in their homes – that’s not a sense of blame, it’s not about trying to do anything other than deal in the facts.”

Mr Andrews said Victoria was expected to hit a target of 50 per cent double dose vaccinations on Friday and that he hopes the state will begin to see a flattening of the curve when that milestone is reached.

Over the past four days the state has moved from the best to worst end of the Burnet Institute’s modelling predictions and COVID-19 response commander Jeroen Weimar said there are now cases of COVID-19 in every local government area of Melbourne.

Mr Andrews said he hadn’t ruled out altering the road map if the surge in case numbers continues.

Mr Weimar said authorities believed about a third of Thursday’s new cases were linked to gatherings that breached health orders, including AFL grand final parties over the long weekend.

He said mobility data showed more people were moving around during the long weekend than during a typical weekend in lockdown, particularly on the Mornington Peninsula.

“As people have dropped their guard and decided it’s now as a grand final weekend, it’s a long weekend, we deserve a bit of a payback, we deserve a nicer time,” Mr Weimar said.

“And that has now translated into at least 500 additional cases from what we would have expected to see.”

Mr Andrews said he thought the trend of people gathering illegally and spreading COVID-19 had been there “for a while”, but the surge also may have had something to do with lockdown fatigue.

Thursday’s numbers also provided an insight into noticeable changes in the profiles of who is contracting the virus and where cases are on the rise.

Mr Weimar said 55 per cent of Thursday’s cases were men and that there was a broader geographical spread than usual, with 29 per cent of the new cases in the east and south-east.

“It’s quite a different profile to what we’ve seen for the rest of the outbreak.We’re seeing a disproportionate increase in those aged between 20 and 29,” he said.

Most notably, Mr Weimar said, was the spread of cases across different residences, with six out of 10 cases on Thursday being detected in new households.

“Today is a significant setback in how we manage this outbreak,” he said.“If this trend is continued … we will jump to the worst case of all of those projections.

“This outbreak still remains in our hands.

We still have so much left to play for.”

Mr Weimar urged anyone who had attended a social gathering on the weekend to get tested, regardless of whether they were symptomatic.

“If you’ve been mixing over the last few days, if you decided to go to a grand final party on Saturday, if you went to a barbecue on Friday, I’d like you to go and get tested,” Mr Weimar said.

“You don’t know whether somebody there was harbouring the virus and we now have at least 500 people who we know have had that experience.

“There’ll be many hundreds more who went through some kind of social activity.

“We need to make sure that if you’re positive, that you can protect yourself and isolate yourself, and not spread it any further.”

Loading The state government also announced on Thursday that the current business support package will be cut once 80 per cent of residents over 16 are fully vaccinated.

A new $2.27 billion funding package will operate for the next six weeks for small and medium-sized businesses at which point the state is expected to reach that key vaccination target.

The government said more than 160,000 businesses are expected to receive the financial support with around 124,000 to receive automatic grants ranging from $1000 to $8400 a week.Businesses that remain closed or severely restricted over the first two weeks of November will also receive automatic payments for that period, they said.

Upwards of 9000 eligible cafes, restaurants, hotels and bars across Victoria will receive automatic Licensed Hospitality Venue Fund payments of between $5000 and $20,000 a week until the end of October.

The package will also see a further 30,000 businesses receive a one-off $20,000 payment through the Small Business COVID Hardship Fund, taking the number of recipients to 65,000.

Dining, entertainment, retail, sport, recreation and other similar sectors are expected to progressively open around October 26 and November 5, according to the road map.

A third of the people who were reported as positive cases on Thursday had had at least one dose of a COVID-19 vaccine and 7 per cent were fully vaccinated.

There are 398 people currently in hospital with COVID-19 in Victoria.Of those, 83 are in intensive care, and 57 are on a ventilator.

Thursday’s cases were recorded from more than 65,497 COVID-19 tests.

Almost 85,000 Victorians received a coronavirus vaccine shot on Wednesday, with 34,323 rolling up their sleeves at state-run clinics.Half of all Victorians aged 16 and up are expected to be fully vaccinated by Friday, after 80 per cent of that cohort had received a first-dose by Wednesday.

The Premier also said the interval between Pfizer doses would be reduced back to three weeks from October 4 in a bid to speed up the vaccine rollout.Health authorities had earlier extended the gap between doses to six weeks in a bid to boost the number of people with at least one dose of the vaccine.

Mr Andrews said that 88,000 doses of the Moderna vaccine would be redistributed to Victorian state-run clinics on Sunday to be put into arms “as fast as we possibly can”, after the TGA approved its use for those aged over 12,

The four-week gap in Moderna doses means not all people who received the vaccine would be able to be fully vaccinated before October 26, when the 70 per cent double-dose milestone was expected to be met.

Loading People aged over 60 will not be able to receive Pfizer vaccines at Victoria’s state-run hubs despite the Morrison government announcing earlier on Thursday that it would expand eligibility for the mRNA jab.

Federal Health Minister Greg Hunt announced on Thursday that all Australians over 60 would have access to the mRNA Pfizer and Moderna jabs from GPs and pharmacies from October 1.

A spokeswoman for the Victorian government welcomed the move to allow older Australians, some of whom have been holding out for Pfizer, to receive mRNA jabs at GPs and pharmacist.

However, state-run hubs will not administer Pfizer vaccines to older people, The Age has confirmed.

“Victoria’s state run hubs continue to prioritise access to Pfizer for people under 60, including teenagers who have no alternative option for vaccination,” the spokeswoman said.

“We urge all eligible Victorians who have yet to do to get vaccinated as soon as possible”.

The shift in policy has been made possible by the expected delivery to Australia of more than 9 million Pfizer doses and 3 million Moderna doses in October.

Stay across the most crucial developments related to the pandemic with the Coronavirus Update.

Fri Oct 1 , 2021
The spread of COVID-19 vaccination requirements across the U.S.hasn’t had the desired effect so far, with the number of Americans getting their first shots plunging in recent weeks.And some experts worry that the move to dispense boosters could just make matters worse. The fear is that the rollout of booster […]