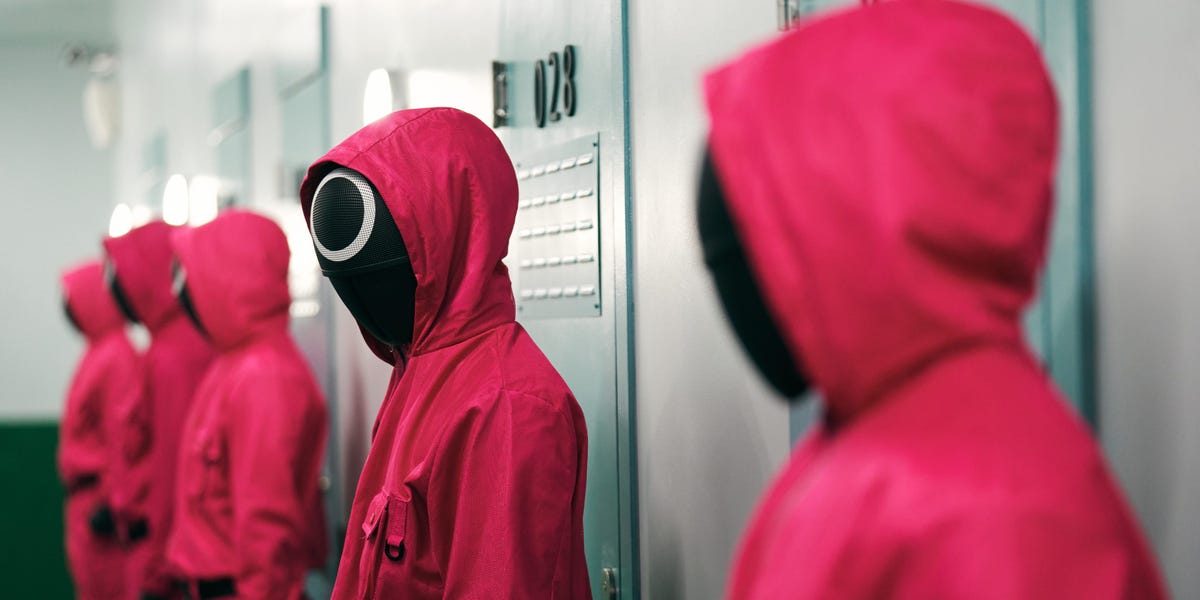 Netflix said that its new Korean-language series “Squid Game” could be its biggest show ever.Its popularity is causing explosive internet traffic in South Korea, one internet provider alleges.SK Broadband has sued Netflix over usage fees in response to the show’s popularity, Reuters reported.10 Things in Tech: Get the latest tech trends & innovations Loading Something is loading.

The company alleges that Netflix’s hit series “Squid Game” is causing explosive traffic and argues that the streaming platform should pay usage fees as a result.A Netflix spokesperson did not immediately respond to a request for comment on the lawsuit.

Netflix co-CEO Ted Sarandos said during the annual Code Conference on Monday that the Korean-language survival show will “definitely” be the company’s biggest non-English series of all time, Insider’s Travis Clark reported .

Sarandos added that there’s “a very good chance it’s going to be our biggest show ever,” a title currently held by “Bridgerton,” viewed by a record of 82 million households.

SK Broadband alleges that traffic from Netflix on its network has increased by 1,150 Gigabits per second (Gbps) over the past three years, peaking this September.”Squid Game” was released on September 17.

The lawsuit is part of an ongoing legal debate in South Korea about whether or not content providers like Netflix should be required to pay usage fees for local internet services.

In a former lawsuit, Netflix said its responsibility is to create and provide content — not to provide internet to viewers, Reuters said.

Amazon, Apple, and Facebook are paying usage fees while Netflix and YouTube are not, an SK spokesperson told Reuters.