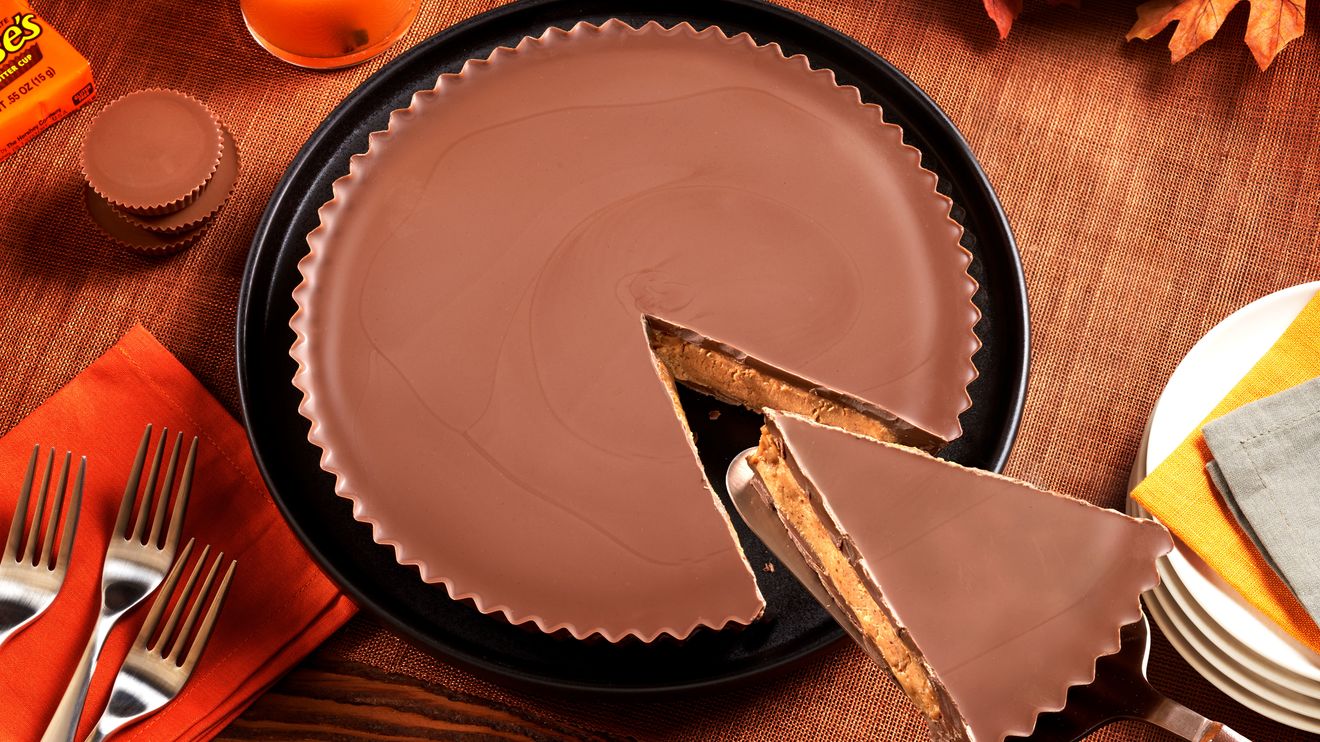 So much for serving a supersized Reese’s Peanut Butter Cup at your Thanksgiving feast — unless you were one of the lucky ones who bought one early.

The Hershey Co.HSY, -0.47% , the candy and snack giant behind the Reese’s brand of cups and other treats, rolled out on Monday a 3.4-pound version of the peanut-butter-and-chocolate favorite to time with the Thanksgiving holiday.But Hershey officials said its run of 3,000 of the Reese’s “pie” — yes, it referred to it that way — sold out online in less than two hours (or one hour and 57 minutes, to be exact).

The sweet treat, priced at $44.99, is indeed a gargantuan affair, though Hershey representatives said it is intended to be divvied up into 48 servings with 160 calories per slice.For those who prefer to go it alone, be advised that the whole “pie,” with a diameter of 9 inches, equates to 7,680 calories’ worth of dessert.

Various factors played into the introduction of the supersized peanut-butter cup, Hershey officials said.But key among them is the fact that this Thanksgiving will bring something of a return to the normal holiday celebration, given the problems posed by the pandemic in 2020.

Which means Americans may be poised to have a good, gut-busting time.

“It feels like Thanksgiving is going to come back in a big way,” says Allen Dark, a senior brand manager for Reese’s.

Behold the PieCaken: Zac Young’s Thanksgiving-themed creation features layers of pecan and pumpkin pies and spice cake Courtesy Two Twelve Management That said, there’s been a trend in recent years to push the limit when it comes to Thanksgiving desserts.

Perhaps the prime example is pastry chef Zac Young’s Thanksgiving-themed PieCaken — a multilayered pie-meets-cake dessert inspired by the turducken, a holiday statement of excess that, as it name implies, combines turkey, duck and chicken.

Young’s dessert, which features layers of pecan and pumpkin pies and spice cake, with apple-pie filling and cinnamon-buttercream frosting, was introduced in 2015 and soon became a nationwide hit, available for shipping through the Goldbelly platform.Young won’t give exact figures but said he sells his holiday PieCakens, which cost $99 apiece, in the tens of thousands, and expects 2021 to be his biggest Thanksgiving ever.

Young added that he’s never wanted to know the calorie count of his over-the-top dessert.“Ignorance,” he said, “is bliss.”

Li-Lac Chocolates, a New York–based company, has a chocolate turkey, weighing about 14 pounds, that it sells for $295.Bridgewater Chocolate, a Connecticut establishment, has a 4.5-pound version for $180.95.“It makes a great centerpiece for your Thanksgiving table,” Bridgewater says on its website.

For Hershey, however, the story behind the big peanut-butter cup goes beyond the Thanksgiving trend.It’s part of a larger push to take Reese’s, a $3 billion–a–year brand, according to Hershey officials, and the most popular confection in America saleswise, and make it even more ubiquitous.

Hershey has been adding all sorts of Reese’s items in recent years, including versions with pretzels and potato chips added to the peanut-butter filling.It also has plus-size versions of the cups already available, though the biggest to date has been a one-pound package with two eight-ounce cups, versus a standard-size cup’s weight of 0.75 ounce.

Given the demand for all things Reese’s, it might have seemed counterintuitive to make the new 3.4-pound cup available in such a relatively small quantity.

Hershey officials noted, however, that it’s no easy feat mass-producing such an item.

They also said they want to gauge how much demand there truly is for such a supersized cup.

“We’re able to see the reaction and then see if it’s something we want to scale in the future,” says Hershey spokeswoman Anna Lingeris.

Still, Hershey could be following a common business tactic, known as scarcity marketing, in creating buzz for an item (and for the company overall) by limiting availability.When done right, it can be a very effective tool, said Craig Agranoff, a Florida-based marketing professional.

“You trigger excitement,” he said.

Now, the question is whether Hershey will take advantage of the excitement it generated by re-introduced the supersized Reese’s at a later time.Lingeris, the Hershey spokeswoman, wouldn’t make a commitment.

“It’s too early to tell,” she said, “but the response has been more than tremendous.”.

Wed Nov 17 , 2021
So much for serving a supersized Reese’s Peanut Butter Cup at your Thanksgiving feast — unless you were one of the lucky ones who bought one early. The Hershey Co.HSY, +0.14% , the candy and snack giant behind the Reese’s brand of cups and other treats, rolled out on Monday […]